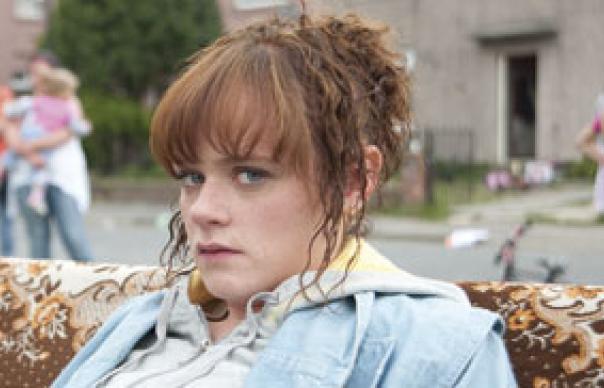 Andrea Dunbar was a success story of modern British drama – and one of its tragedies.

Best known to film audiences as writer of Alan Clarke’s Rita, Sue And Bob Too! (1986), Dunbar grew up on an impoverished Bradford estate and established herself, through the Royal Court, as a vital voice of working-class Britain.

However, she died at 29, after a drink-related decline.

Shot on the Bradford estate where she lived, Clio Barnard’s film documents its subject’s life and career, but beyond that, it paints a portrait of a family, a community and a harsh period of modern British history.

Named after Dunbar’s first play and her old street, The Arbor is as much imaginative essay as documentary, with actors lip-synching to the voices of real people – among them, the writer’s daughter, Lorraine.

The effect, distractingly artificial at first, serves to make this distressing story all the more immediate. Revealing, moving and entirely individual.
Jonathan Romney