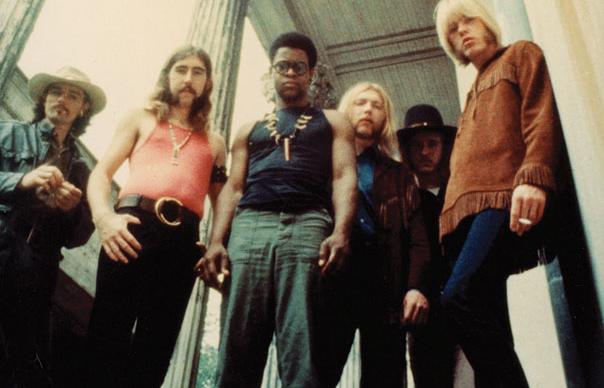 Like many of their peers, the Allman Brothers Band never really hit it in the studio. Albums like 1970’s Idlewild South had some strong moments, but the group were hiding under the shade of their mercurial guitarist, Duane Allman, whose stellar playing on Derek & The Dominos’ Layla had conferred to him something close to instant legend status. The Allmans themselves were painfully aware that they only really took off in the live setting, with Duane claiming in interview that the group found the studio limiting: in 1970, he’d said that the group’s next album would be a live recording, the better to capture what many thought was their near-telepathic group interplay, and to grab the feedback loop between audience and performers and etch some of that magic onto vinyl.

The result was 1971’s Live At Fillmore East, a record whose legend as one of rock’s greatest live albums sometimes overshadows the reality of its performances. It’s already seen a couple of re-treads, and some of the material recorded across their March ’71 stand at the venue saw release on other albums as well. But with The 1971 Fillmore East Recordings, you get the complete sets from March 12th and 13th, with an extra thrown in, from June 27th – the closing night at the Fillmore East. Is that enough jam for you?

If The 1971 Fillmore East Recordings tells us anything, it’s that on record – and this proposition may come across as heretical to the dyed-in-the-wool follower – jam bands benefit from a judicious editing process. Case in point: the first two CDs, which comprise the two shows the Allman Brothers Band played on March 12, 1971, are marked by significant longueurs. For all the talk of the combustible nature of the Allman Brothers Band’s playing on their lengthy extemporisations, if anything, it’s actually the short, sharp blues numbers that are the most potent here. “Statesboro Blues” and “Trouble No More”, to name but two, are in-the-pocket crisp: great examples of tightly controlled group playing.

When the group hits guitarist Dickey Betts’ “In Memory Of Elizabeth Reed”, though, things start to go awry. Taken from their second album, Idlewild South, the song itself has always felt strangely disconnected, pivoting on a number of riffs and vamps that toil, unassumingly, in the corner of the room. Both of their March 12 performances mostly lack inspiration, with the second show featuring a saxophone solo from Rudolph “Juicy’ Carter so limp and restrained it’s hard to think that music had just been through several decades of wild, exploratory free jazz and Fire Music. It fits the fusion-y lassitude of the song, but it’s entirely uninspiring.

From here, thankfully, things take a turn for the better, and it’s no surprise to discover that most of the material from the two March 13th shows has already seen release. An abbreviated “Elizabeth Reed” is stronger than the previous day’s efforts; more exciting, still, is the consummate “Whipping Post” from the second show, stretching across twenty-two minutes, with the guitars hammering that odd, abstract opening riff into the ground before taking off to other planes of where, only losing the thread for a minute or so, at the halfway mark, before the players re-group for a final, laidback tilt toward the sun. The first show’s highlight, in contrast, is a stinging “Don’t Keep Me Wonderin’”, where slide guitar brutally pierces the weave of the group’s collective drill.

If it’s taken the Allman Brothers Band a while to really start firing, by the time you reach the fifth disc’s “Mountain Jam” – and, let’s be honest, that’s a fair way into the set – all those claims about the group’s one-mind playing really start to make sense. It’s not without its weak moments, mind. It takes the group a while to really get moving, and a limber, fluid passage of dual drum action, shared by Butch Trucks and Jai Johanny Johannson, is undone by some clumsy bass plunking from Berry Oakley that’s so underwhelming, you’re simply thrilled when both guitarists ride back into the spotlight and corral “Mountain Jam” back to peak form.

From here, things take off, the following ten minutes the best of the entire set, the guitars both sinuous, bristling with spectral detail, as if both guitarists are holding their instruments to the light, the better to catch every reflection and radiance from six strings. The following “Drunken Hearted Boy”, with Elvin Bishop, is a bit of a blunt comedown after such heights. Thankfully, the following disc’s set from June 27, 1971 – the closing show at the Fillmore East, with the group hand-picked for the auspicious occasion by Fillmore boss Bill Graham – is a good summary of what has come before, summing up both the peaks and troughs of the group’s set at the time: good, serviceable blues romps, the occasionally sloppy turn in the extended jams, balanced out by more exalted guitar tangle.

At such moments – where Betts and Duane Allman wrestle with each other in space, carving up the air with silvery threads of single-note splurge – the Allman Brothers Band come closest, in some respects, to that other legendary jam band, The Grateful Dead. And it’s damn curious to measure both groups’ live form via recorded reflection. While the Dead may have reinvigorated the Great American Songbook, their performances of blues songs were often perfunctory, hampered by Garcia’s thin, reedy voice and an occasional bloodlessness in the playing. By contrast, this is where the Allman Brothers Band excels – tight, sure-footed and gutsy. And of course, the Grateful Dead reach far more intensive and exploratory improvisatory form than the Allman Brothers Band ever did.

Regardless, one thing is resoundingly clear from The 1971 Fillmore East Recordings: if you’ve got the original At Fillmore East, whether in its original double-album form, or the 2011 deluxe edition, so you get the full “Mountain Jam” (which had also appeared, cleaved in two, on sides two and four of 1972’s Eat A Peach), that’s really about all you need. For all the mystique around the Allman Brothers Band’s entrail-sprawling jams, a good bit of (relative) concision really doesn’t go astray.
Jon Dale

Q&A
Butch Trucks
What was happening for the Allman Brothers Band, leading up to Live At The Fillmore East?
The band came together and this magic happened. We started playing this music, that none of us had ever experienced before. For the first time in our lives, music became something other than a career. We were all out to be rock stars, that’s what everybody wanted to do, and once we played that music, then music became something else. It was more of a religion than it was a way to make money. The next big thing for us to do was to get out and play it for people. The first half year we were out on the road, people had a hard time understanding what we were doing. They’d never heard it before. But we started getting out and playing for people, and then we hit the Fillmore East. The first time we played there, we opened for Blood, Sweat & Tears. The crowd didn’t really react all that much, but Bill Graham did. He knew that there was something special going on. So he had us back to the Fillmore within a couple of weeks, and it wasn’t long before we became the house band, we were playing there all the time, and the people in New York really caught on to what we were doing. It became our home base.

Can you tell me about the shows that ended up on the original Live At The Fillmore East?
There’s a funny side story to that. We actually were not the headliners that weekend, it was Johnny Winter. We were supposed to be the special guest for Johnny Winter. The first show on the first night, after we finished our set, about half the audience got up and left. So Johnny Winter’s manager went back to Bill Graham and said, ‘Well, I don’t think Johnny can go on after the Allman Brothers Band anymore.’ So we got switched to the headline act. If that hadn’t happened, we would never have had the time to stretch out and play a half hour “Whipping Post”, and all the things that are on Fillmore East. What made that weekend special is that we had been out on the road, we’d been playing these songs, and you know how sometimes, everything comes together at the right time? When you have the right people in the right place doing the right thing? We were really comfortable with these songs that we were playing. Songs like “Whipping Post” and “Mountain Jam”, these were jams. We had really learned to talk to each other. By the time that weekend came along, we were really communicating. [Duane and Dickey], you call them two lead guitar players, but neither of them would play solos. What they would do, especially in “Mountain Jam”, Duane would start playing, and as soon as Dickey would hear something, that would trigger something in him, Dickey would jump right in and start playing along. Neither one of them were playing guitar solos. Duane would start the conversation, and Dickey would join in the conversation. We all would. And then we’d see where it would go. And every night it would go to a different place.

What songs really showcase for you what the Allman Brothers Band was about?
One that really shows off what we did, but it’s not the improvisation of the whole band, is “Hot ‘Lanta”. It’s really strong, and really intense, and it really shows off what we did when we really focused on a structured song, and poured everything we have into it. But I guess “Whipping Post”, and the solos on “Elizabeth Reed”, those are the things that really were what we were all about, as far as taking music in a new direction. You’ve got the blues tunes, “Stormy Monday” and “Statesboro Blues”, and that stuff we loved to play, but that was more like, paying the tribute to the people we learned from. But those jams on “Whipping Post” and “Elizabeth Reed” was what we were, and I will still say, to this day, is uniquely the Allman Brothers Band. I have yet to hear anyone else play that kind of stuff. I keep waiting for someone to come along and raise the bar and pick it up, and go somewhere, and I don’t know – I haven’t heard them yet!

It’s interesting to think about the connections with jazz, too…
I was talking with Lenny White from Return To Forever one night, and he was talking about the influence of the Allman Brothers. And I said, What!? And he said, ‘You have no idea how much influence the Allman Brothers had on the formation of Return To Forever, and Mahavishnu’, and all that stuff that they call fusion jazz. He said, ‘What you were doing was taking blues and rock’n’roll towards jazz, and what we saw, was that bridge where we could come as jazz players and head toward rock’n’roll and blues.’ And that’s what they did.
INTERVIEW BY JON DALE