Tenacious D: The Pick Of Destiny 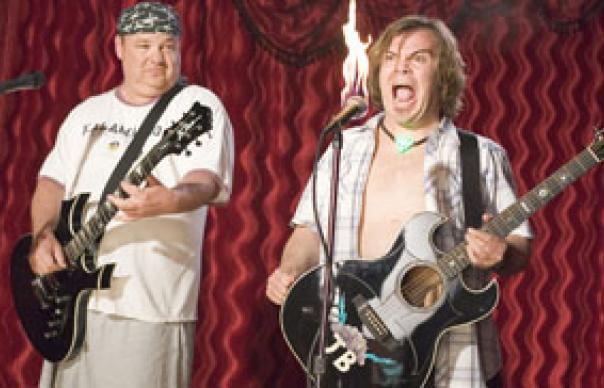 Following on from the minor hiccup of Nacho Libre, you’d hope that Jack Black’s return to the comfort zone of his spoof heavy metal band would find him reconnecting with his flatulent, foul-mouthed, everything-up-to-eleven persona for some significantly low-brow fun.

Which he kind of does – but Jack’s scatological proclivities are somewhat compromised by the constraints of a 15 rating. In comparison to their weird, often inspired HBO series, the 90 minute run time here feels padded, although the stoned, freewheeling laughs and celebrity cameos (Ben Stiller, Tim Robbins and, brilliantly, Dave Grohl as the Devil) bump us through the slow patches.

After falling out with his preacher father (Meatloaf), Dio-worshipping JB heads to California to pursue his dream of becoming a rock god. Hooking up with KG (Glass) they learn of a fabled guitar plectrum, supposedly carved from one of Satan’s teeth and imbued with mystical powers, and set off to claim it for their own.

Of course, it’s an excuse for Black and Glass to indulge themselves. The result feels like Cheech and Chong meets Beavis & Butthead and although it’s diverting enough, you wonder whether a director like Spike Jonze or Michel Gondry might have brought an extra dimension to the stoner, fratboy fun.