Chaos reaps its own reward, on the band’s first (and best). Now over three discs! 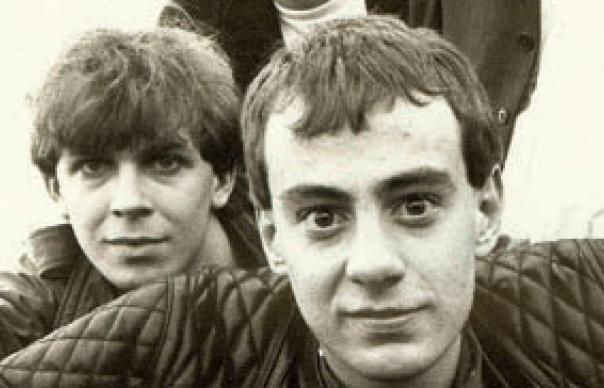 If one wanted a microcosm of the chaos of being in a band, one could do worse than look at the recording of Kilimanjaro, the debut album by The Teardrop Explodes. Julian Cope’s wonderfully bitchy memoir of that period, Head On, paints a tale of jealous rivalry (with Echo And The Bunnymen’s Ian McCulloch), of startling paranoia (directed at mentor and label boss Bill Drummond) and pathological hatred (directed at Dave Balfe, who somehow multi-tasked as the band’s manager, keyboard player and co-label boss).

The saga was perpetuated by the fractious and fragile nature of the band. Founder guitarist Mick Finkler, who helped write many of the songs over the previous two years, was sacked the day before their first American tour and replaced by Alan Gill, while Gill and Balfe both departed shortly afterwards. There were constant fistfights, onstage bust-ups and huge ingestions of drugs. During the two months he spent recording Kilimanjaro, the straight-edge Cope went “from Drug Puritan to Acid King”. Not only that: having started the project as a slightly nerdy student teacher from rural Staffordshire, he ended it as a fully fledged sex symbol, gracing the cover of every music magazine in the land.

The finished album is something of a palimpsest – when Phonogram signed the band just after they’d recorded the original mix, many of Finkler’s guitar parts were overdubbed, while Cope decided to re-record most of his vocals while dressed as Lawrence Of Arabia. Additionally the singles “Treason” and “Reward” were given extra punch by Clive Langer and Alan Winstanley, the archetypal pop partnership behind Madness, Costello and Dexys. This 3CD set collates all of that material, with one CD of older material (b-sides, original single recordings) and another of Peel sessions. Amazingly, the whole thing hangs together as a cohesive statement.

Liverpool bands often have a reputation of being apart from the rest of Britain – this is, after all, a maritime city state that returned an Irish Nationalist MP to parliament for half a century, a place where kids spent the 1980s wearing flares and listening to Pink Floyd. Kilimanjaro betrays many of the peculiarities that have defined the city’s music scene over the past three decades: the Scott Walker/Jim Morrison-style crooning, the air of triumphalism, the jangly guitars, the soothing balm of melody and the definite hint of psychedelia.

A slightly paranoid Cope maintains that his band’s deployment of a horn section was copied by The Jam. The difference is that the Teardrops used horns very differently from contemporaries like Weller, The Specials, Dexys or Spandau Ballet. On “Ha Ha I’m Drowning”, “Sleeping Gas” and “Went Crazy”, trumpeters Ray Martinez and Hurricane Smith aren’t sassy and soulful, they are deliberately stiff and unfunky, like the martial fanfares leading an army into battle.

Curiously, they chime with the whole Neolithic vibe that Cope would later explore, as do some of the other additional tracks on this package. The title track, which wasn’t actually on the original album, is a spooky tribal drum stomp. “Strange House In The Snow” – all modal piano, scraped violins and distorted guitar – conjurs up something primeval. “The Great Dominions”, later elaborated for the next album, Wilder, is here presented in its Peel Sessions incarnation as a duet for piano and vocals, complete with medieval harmonies and drones.

There are also several earlier tracks which shed light on the finished album. The fantastic “Camera Camera” sees Cope doing his best Howard Devoto impression, while two other early b-sides, “All I Am Is Loving You” and “Kirby Workers Dream Fades” sound like unfinished Joy Division demos: the first a simple minor-key riff, repeated for two minutes, the second a two-chord dirge. Other songs on the album were, according to Cope, conscious attempts to copy The Pop Group, Patti Smith, The 13th Floor Elevators, The Seeds and assorted psych-rock obscurities.

In the end, Cope and Balfe were disappointed that they didn’t sound like their role models. Yet Kilimanjaro stands as the most enduring Liverpool album of this era precisely because of its failings. Much as they try to be trippy and hypnotic and psychedelic, The Teardrop Explodes couldn’t help making perfect pop music that slotted in perfectly with the New Pop scene they so hated.
John Lewis