German synth explorers’ third goes beyond space-rock to ponder the nature of eternity itself... 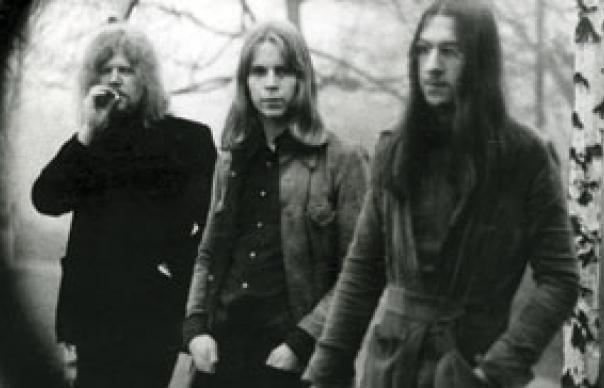 As the Americans and the Soviets battled to put the first man on the moon, progressive rock was engaged in its own space race. Much like Sun Ra’s cosmic jazz excursions, the likes of Pink Floyd’s “Interstellar Overdrive” and Hendrix’s “3rd Stone From The Sun” drew explicit links between notions of celestial exploration and musical improvisation, spawning a generation of so-called “space-rock” groups keen to chart the outer reaches of the universe in sonics.

One such budding psychonaut was a West Berlin art student named Edgar Froese. At the dawn of 1967, Froese was playing in an R’n’B covers group, The Ones – but a meeting with the artist Salvador Dalí inspired him to split up the group to investigate a freer, more experimental sound. Schooled in Hendrix and Floyd, but also Stockhausen and György Ligeti, whose choral requiems would feature in the score to Kubrick’s 2001: A Space Odyssey, Froese’s new investigations took him to the Zodiak Free Arts Lab – an underground venue in Berlin’s Kreuzberg district that became a sort of Ground Zero for Krautrock’s electronic wing.

The first two records by his new band, Tangerine Dream –1970’s Electronic Meditation, recorded with two future big names in kosmische, Klaus Schulze and future Cluster man Conrad Schnitzler; and its follow-up, 1971’s Alpha Centauri – bore the mark of the Zodiak, being abstract, spacey, but often apparently more concerned with the experiment than the results. 1972’s Zeit, though, was something greater. The first recorded with the core trio of Froese, Peter Baumann and Chris Franke, the double-disc Zeit is both epic in scope and meticulous in its restraint. The cover, one of the most iconic in Krautrock, pictured a solar eclipse – but the title itself, German for ‘time’, instead hinted at something more intangible. Froese, a practitioner of Zen meditation, believed that time was an illusion, formed by the human senses. So while space-rock typically dealt in a kind of combustive velocity – “Set The Controls For The Heart Of The Sun”, and so on – Zeit inhabits a cosmic eternity, where the passing of time warps and loses its meaning.

This being 1972, recorded music was still bound to the dimensions of a side of vinyl. Still, these four tracks – clocking in between 17 and 20 minutes each – confound any real attempt at timekeeping. “Birth Of Liquid Plejades” commences with a cello quartet playing interweaving drones, joined several minutes in by groaning Hammond and a state-of-the-art Moog – played by a guesting Florian Fricke of Popol Vuh – that crackles with visceral intensity. From this black hole of a beginning, though, it softens into something starkly beautiful, church-like organ singing a solemn liturgy for the cold cosmos.

Much here is similarly far-out. “Nebulous Dawn” is drifting drones, ghostly Radiophonic shimmers and bell-like melodies, guided along by an occasional electronic throb. “Origin Of Supernatural Probabilities” showcases Froese’s shimmering glissando guitar, forming a bed for echo effects and occasional clamorous Ligeti-like builds. Moments stray towards monotony, but for all its plain remoteness from the rock template, there is a dramatic intensity that keeps things strangely gripping. It feels every bit the complete work, as well: see how the closing title track boils down Zeit’s approach to a singularity – a lone synth line searching in the dark.

The remastered CD adds an excellent bonus disc of Tangerine Dream’s live appearance at Klangwaldt in November 1972. While loosely in the Zeit style, it sees pulsing rhythms tentatively entering the frame, pointing forwards to 1974’s career highpoint, Phaedra, and – if you squint – to the crisp sequenced synth of their ’80s work. Froese’s quest for new technology would, ironically, be his project’s undoing: by 1985’s Le Parc, TD were performing a streamlined, lightly ethnographic version of their sound that, for all its makers’ protestations, catered directly to a drippy, hippy new-age demographic.

Zeit, though, still stands as a monument to Tangerine Dream’s early adventures in sound, an obelisk on some distant rock to mark the limits of ’70s cosmic endeavour.
Louis Pattison