An alternative history of the post-rock pioneers... 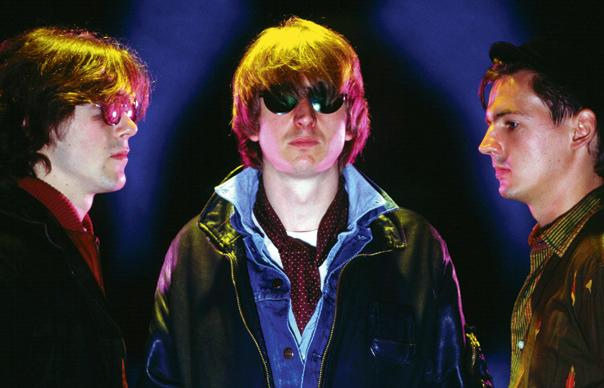 An alternative history of the post-rock pioneers…

Talk Talk have enjoyed a fractious relationship with the compilation album. When the million-selling Best Of Natural History was assembled and released in 1990 without their consent, a disgruntled Mark Hollis commented “I don’t like compilation albums and I didn’t like that one”. A year later EMI released History Revisited, a collection of unauthorised dance remixes which provoked the band into suing their former paymasters for releasing “material that had been falsely attributed to them”. Having won that case in 1992, all remaining copies of the album were destroyed and History Revisited has remained out of print ever since.

Happily, this hard-line stance seems to have softened of late. Natural Order is a belated companion to Natural History and this time Hollis is on board, offering creative input into the track listing. And it shows. Taking the high road over the less travelled terrain of Talk Talk’s weird and winding back catalogue, there are no hits among these 10 songs and only a single offering from each of their first two albums: “Have You Heard The News?” from 1982 debut The Party’s Over, and “Renee” from It’s My Life (1984). All burbling fretless bass and sweeping synths, texturally these songs are as evocative of the early 80s as the Falklands and the feather-cut. Yet although the band are working with a rather clinical set of tools, the expansiveness and aching melancholy of “Renee” and “For What It’s Worth”, the B-side to “Living In Another World”, reveal the first stirrings of a much bolder creative aesthetic.

From thereon Natural Order is an essay in glorious abstraction. Space becomes a lead instrument; textures are more organic, the mood increasingly pastoral; classical music and jazz meet and merge with rock. The more accessible parts of The Colour Of Spring (1986) – “Life’s What You Make It”, “I Don’t Believe In You”, “Give It Up” – are entirely overlooked. Instead, Hollis favours the album’s most mossy, unanchored moments. The rather ominous “Chameleon Day” is a drifting fragment, defined by squalls of disembodied variophone, dramatic stabs of piano and impassioned yelp revealing a mind “in disarray”. Conversely, “April 5th” is brimful with the promise of spring and ends with a transported Hollis performing vocal somersaults over a simple, purifying two-chord wash of organ and gently puffing soprano sax.

Both songs point towards the more diffuse, fragmented dynamics of the final two Talk Talk albums. Included from Spirit Of Eden (1988) are the hymnal “Wealth”, a spell-binding song of surrender so perfectly unhurried it almost feels like a six-minute fade out, and the more abrasive “Eden”, in which the Velvets’ “Heroin” collides with Tago Mago. From the same sessions comes “John Cope”, first released on the flip-side of “I Believe In You”. Loose and live-sounding, knitting together raw guitar licks, high, swirling organ and spacious rhythm, it may conceivably have been left off the album because it erred a little on the catchy, conventional side.

The band’s extraordinary swan song, Laughing Stock (1991), is represented by the unsettling, aqueous blues of “Taphead” and a drastic edit of “After The Flood” which, hilariously, attempts to fashion the original’s staunchly confrontational 10 minutes into something approaching a radio-friendly single. At a shade over four minutes it simply sounds like it has been cut off at the knees – and, ironically, much stranger and inaccessible than the magnificent album version.

Its presence here has little more than novelty value, and underscores the niggling problem with Natural Order. Fans may quibble with the exact nature of the inclusions and omissions, but as a career-spanning retrospective designed to summarise the band’s status as post-rock pioneers it does the job. The fact is, however, that most of these intensely beautiful songs truly breathe only within the landscape of their original albums. They belong to a larger tapestry. Here, reframed and recontextualised, they often seem oddly ill at ease.
Graeme Thomson