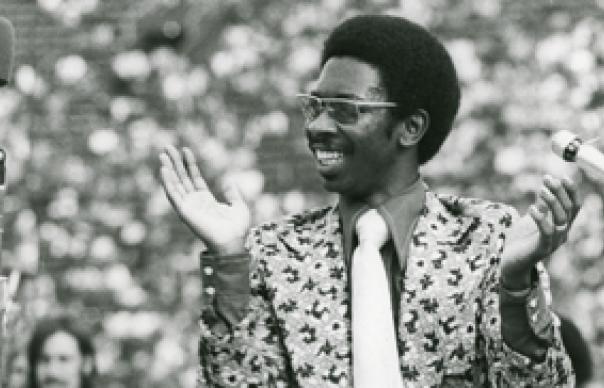 In 1971, George Clinton posed a legendarily difficult question: “What is soul?”. As you survey the treasures in this three volume compilation, you have to wonder if George’s enquiry was, with the benefit of hindsight, a little misplaced. As it turns out, the important thing turned out not so much to be what soul was – more where it could be found.

This compilation charts the birth, growth (and ultimately, the disco-enforced demise) of southern soul as a distinct, inspirational entity. Comprised of recordings made strictly below the Mason-Dixon line, this is music that was hothoused in studios whose names have become synonymous with the sound: Quinvy Broadway, Stax, Muscle Shoals, Criteria, Fame . From there, they were issued on such labels as Stax, Hi and Goldwax (Memphis), Fame (Muscle Shoals), Excello and Dial (Nashville). What was produced was an invigorating mix of heartbreak and joy.

Here, tracks by soul masters like Otis Redding, James Carr and William Bell are all present as signposts towards the development of the region’s unique style. Unlike the slick Motown model, where exuberant pop production drove the songs, Southern soul allowed each singer to add their own interpretive stamp or lyrical slant: often dark, remorseful, even philosophical. Southern soul offered a richly grounded production enhanced by gospel tinged organ and piano, small hours guitar and delicious horns – all of which served the vocal performance rather than swamping it.

In this regard, it’s impossible not to mention the musical force behind, or spiritual influence over many of these recordings. Stax/Volt house band the Mar-Keys, gradually evolved into Booker T and The MGs, and are effectively behind much of what we hear here: the clipped guitar lines of Steve Cropper, the bluesy organ riffs, all round, the band were responsible for a simple, deceptively relaxed groove that cast influence from Memphis to like-minded musicians at Muscle Shoals.

These three CDS are stuffed with compelling, exhilarating moments: Joe Tex’s witty warning on choosing younger lovers, (“Buying A Book”), future disco-diva Candi Staton’s towering “Another Man’s Woman, Another Woman’s Man” and Percy Sledge’s “When A Man Loves a Woman“. This last song is so familiar that it’s easy to forget that it is, perhaps, the most intensely performed love ballad ever recorded, Sledge‘s yearning vocal perfectly offset by simulated chapel organ.

Yet for all these well-known moments, where this collection truly excels is in digging out obscure 45’s like Barbara & The Browns desperate “If I Can’t Run To You I’ll Crawl” or June Edwards “You Ain’t Woman Enough (To Take My Man), a Loretta Lynn country toe-tapper transformed by producer Spooner Oldham into a gut-wrenching tearjerker. Edwards pulls out all the emotional stops yet she never recorded again, an insight into how musical business was done in those very different times.

Each CD succeeds in both exposing the foundations of the genre (flag bearers like Al Green, Arthur Alexander and James Carr are all present and correct, as you would wish) while introducing lesser known pearls by Luther Ingram, Gwen McRae or Frederick Knight. Perhaps the most discreet creative force on show, and, without doubt, Southern soul’s greatest songwriter, is Dan Penn who had a hand in no less than nine of the seventy five songs included here, including Aretha’s “Do Right Woman, Do Right Man”, Maurice and Mac’s “You Left The Water Running” and James Carr’s “Dark End Of The Street”.

All human emotion is persistently coming to the boil here with fiery preaching and testifying siding up to anguished, poignant ballads. It’s emotionally wrought, redemptive music that didn’t always cut it on the dance-floor. By the mid-seventies, Southern soul had been edged out by disco, but as William Bell duly implores: “You Don’t Miss Your Water/Till Your Well Runs Dry.” With this bottomless collection, there’s no excuse – just dive in and enjoy.