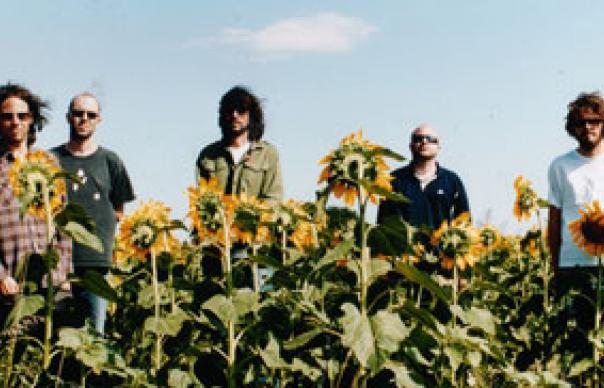 Serious shortages of imagination and integrity force most bands to use the old back-to-basics approach as an excuse for a mediocre record. Super Furry Animals possess both qualities in abundance, yet ‘Hey Venus!’, their eighth album in 12 years and by no means a stinker, must rank as their least adventurous.

Having proved over time that they’re capable of almost anything, the conservative guitar-driven power-pop of ‘Hey Venus!’ comes as a minor disappointment, particularly after ‘Love Kraft”s epicurean agenda. Cosy strumalongs such as “Show Your Hand” and “Suckers” reveal a group plump in their comfort zone, tuned into Wogan, able but unwilling to stretch themselves. Like dining at Heston Blumenthal’s Fat Duck restaurant only to be served a very good burger and chips, one senses something magical missing.

By the same token, perhaps because they’ve spoiled us in the past, it’s easy to overlook the handsome craftmanship of ‘Hey Venus!’ when listening out for the Furries’ nuttier nuances, which aren’t indulged: the whole thing clocks in below 37 minutes; the longest song doesn’t reach five. The Motown swagger of “Runaway”, for example, could be Gruff Rhys’ “What Becomes Of The Brokenhearted?” as he croons the satisfying couplet, “We may have fought with teeth and nails/I still recall your banking details”. Huw ‘Bunf’ Bunford, meanwhile, does a marvellous Roy Orbison turn on the tremulous “Battersey”, something George Harrison might’ve penned for ‘Cloud Nine’, and Cian Ciaran, over “Rhagfyr”‘s balalaika and strings, offers a tender Gene Clark-style vocal.

These, at least, are the surprises. Sparky and deliriously tuneful, “Neo Consumer” and “Baby Ate My Eightball” – standard SFA fare given a ’70s AOR glaze – don’t tell us anything we didn’t already know about this intrepid bunch. Without a doubt, ‘Hey Venus!’ is an attractive album with a broad appeal – Rough Trade wanted a pop record and got one – but it also feels like a missed opportunity, a consolidation of affairs rather than a step forward.