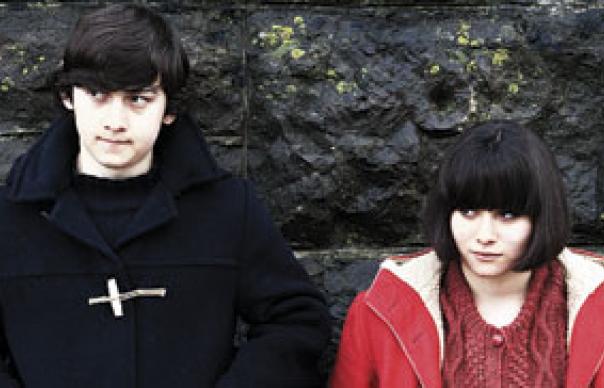 As his 16th birthday fast approaches, Oliver Tate (Craig Roberts) has two objectives in mind – both of which come burdened with their own particular set of problems. Firstly, he wants to save his parents’ failing marriage. His mother, Jill (Sally Hawkins), has grown tired of his father, Lloyd (Noah Taylor), a marine biologist who’s recently been made redundant from the Open University and is slipping into a fug of depression. Jill, Oliver learns, may well harbour illicit feelings for self-improvement guru Graham (Paddy Considine), an ex-boyfriend from her past who’s recently moved in next door.

Further – Oliver also plans to lose his virginity before he turns 16. And to Jordana Bevan (Yasmin Paige), a moody, enigmatic pyromaniac whose bright red duffle coat calls to mind the murderous dwarf who stalked Donald Sutherland through Venice in Don’t Look Now. Oliver is prone to flights of high fantasy. He colourfully imagines, for instance, that his death will send the whole of his native Wales tail-spinning into a state of inconsolable grief. His early courtship with Jordana is presented as grainy Super 8 footage, as if Oliver is remembering it from years hence. He wonders, too, what his life would be like if it were a film; a pertinent digression for a story that’s filtered entirely through Oliver’s vision.

Submarine is the feature debut of Richard Ayoade – best known, of course, for playing Moss in The IT Crowd, but whose resumé also includes directing promos and a live DVD for the Arctic Monkeys. Ayoade lets the film move at a gentle pace, while its idiosyncratic charms often brings to mind Rushmore, Harold And Maude, or perhaps the youthful exploits of Adrian Mole.

There’s props, certainly, due to Craig Roberts, who makes Oliver a likeable narrator. “Her mouth tasted of milk, Polo mints and Dunhill International,” he sighs on voiceover when he first kisses Jordana; yet, later, he lets her down through an act of extraordinary cowardice. Surrounding Oliver is a flawed though mostly believable set of supporting characters. A particular highlight is Noah Taylor as Oliver’s father: a softly spoken man preoccupied by his own internalised struggles against depression. “I know you think I’m very boring,” he tells Oliver during a heart-to-heart chat about Jordana, “but once I ripped my vest off in front of a woman, and it was very effective. It produced a very atavistic response.”

Less convincing, though, is Paddy Considine, whose would-be seducer Graham is too broadly comedic in a film that works best as a series of low-key vignettes. A folksy, acoustic soundtrack by Alex Turner adds an extra layer of warmth.
Michael Bonner