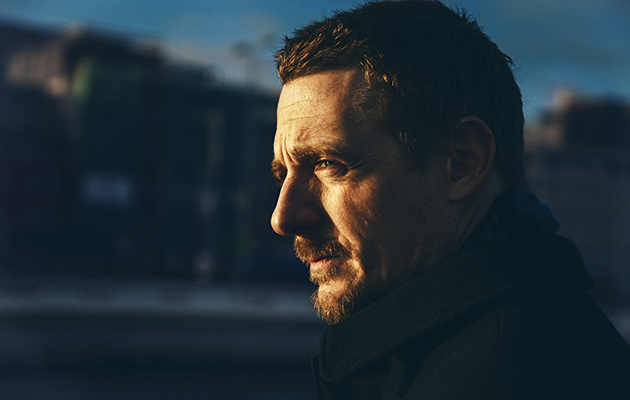 Sturgill Simpson has a few predictions about the reactions he’ll get for his third album. “I’m sure there’ll be all kinds of hyperbole and pontification,” he tells Uncut not long after A Sailor’s Guide To Earth was ready for outsiders’ ears. His tone contains a mixture of embarrassment over the effusive praise he’s attracted over the last two years and exasperation over some of the claims made on his behalf since he was anointed as Nashville’s latest epitome of all that is good and true and real in country music, a heavy mantle he shares with fellow upstarts Jason Isbell and Chris Stapleton. Simpson knows his new album – his first since signing with Atlantic last year – may not go down so well in more conservative quarters. “I’m sure I’ve ‘abandoned’ country,” he groans. “Whatever – I can’t worry about that shit.”

With A Sailor’s Guide to Earth, Simpson has thrown one giant, loopy, gorgeous and wild curveball in the direction of anyone who thought they had him sussed out. Ranging far and wide from swampy, horn-heavy R&B to bucolic Moog-enhanced soundscapes to lush, strings-laden balladry to unbridled rock abandon – sometimes all in the space in the same song – it’s an album whose musically expansive nature is just as impressive as its conceptual ambition and emotional heft. Drawing heavily on his own experiences, feelings and fears, Simpson’s song cycle assumes the perspective of a lonely sailor who’s been away from home for far too long and who expresses his love and longing in letters to his son and wife. That nautical theme is further suggested by the occasional noises of birds, water and ship bells that recur between tracks and intermingle with the string and pedal steel parts to create an appropriately watery sense of flow in the album’s gentlest passages, like the graceful early moments of the opening track “Welcome to Earth (Pollywog)”. “Hello, my son, welcome to the Earth/You may not be my last but you’ll always be my first,” Simpson croons in his sturdy baritone. It’s an achingly lovely moment yet the music here never stays placid for long – what starts as a moving ballad about the transformative experience of new parenthood takes a hard left turn to become an exuberant Stax-style showstopper.

Like any work with this level of ambition and scope, A Sailor’s Guide To Earth could’ve easily crashed on a reef if any single one of its elements went wrong. That may be why we don’t often get to hear genre-busting concept albums about forlorn seafarers. But it’s a telling indication of the degree of daring and sophistication at hand that artistic gestures which might have seemed contrived or ill-conceived in other contexts – like, say, transforming Nirvana’s “In Bloom” into a majestic country-soul ballad worthy of Charley Pride – yield some of the most startling results.

Of course, there were early indications that the 37-year-old Simpson was hardly on the path of a new traditionalist even if that’s what he most resembled at the time of 2013’s High Top Mountain, an engaging set of old-school C&W that garnered comparisons with Waylon Jennings but paid more fealty to Ricky Skaggs and Keith Whitley. Before Simpson made his belated breakthrough as a solo act, he wielded a Telecaster in Sunday Valley, a band with a knack for playing bluegrass at a volume and velocity more suited to speed metal (A Sailor’s Guide To Earth includes a touching revamp of “Oh Sarah”, an expression of devotion and a plea for patience that was one of the sweetest songs in the band’s repertoire).

As for High Top Mountain’s much-lauded 2014 follow-up Metamodern Sounds In Country Music, the references to Buddha and psilocybin in “Turtles All The Way Down”, the stately reinvention of When In Rome’s “The Promise” and the psych-rock flourishes of “It Ain’t All Flowers” demonstrated Simpson’s eagerness to venture beyond Americana’s established frontiers.

A grimy slice of ZZ Top-derived sleaze that serves as the theme for the HBO series Vinyl, “Sugar Daddy” was another harbinger of Simpson’s direction, even though that track was actually recorded several months after the new album was finished late last year. With Simpson serving as his own producer – largely the result of the jam-packed schedule for his friend Dave Cobb, who produced Sturgill’s first two albums before handling chores for Isbell and Stapleton, too – A Sailor’s Guide To Earth was recorded in an astonishing four-day sprint in Nashville’s Butcher Shoppe studio with engineer David Ferguson. Simpson spent two more days for horns and strings at Atlantic Studios in New York, enlisting the Dap-Kings. Their contributions add further punch to “Keep It Between The Lines”, a swaggering country-rocker in which Simpson’s surrogate sailor dispenses advice to his youngster (“Do what I say, don’t do what I’ve done/It don’t have to be like father, like son”). Elsewhere, they enhance the sweep of “All Around You”, a soul ballad with a grandeur befitting Otis Blue, and amplify the fury of “Call To Arms”, a crazed collision of Southern rock, hard funk and berserker bluegrass in which Simpson’s sailor angrily bemoans the state of the world his baby son will someday inherit.

Though that closer is the stormiest song on the album by a wide margin, even the most delicate moments on A Sailor’s Guide To Earth have traces of its bravado. Really, the whole endeavour is born of a drive to express himself in whatever musical ways befit his needs. Rather than seem unduly highfalutin, its overarching tale of a man at sea (in several senses of the phrase) provides a through-line for a series of musical settings and emotional sentiments that might’ve seemed excessively eclectic. Simpson’s sense of humour – especially in “Sea Stories”, a caustic account of his messy stint in the US Navy – further imbues his song-cycle with great warmth and humanity. And whatever the naysayers may say about the all-inclusive vision of American music he offers here, Simpson hasn’t abandoned country – he’s just made it big enough to contain all he wants to do. The man’s only boundary now is the horizon.