“Not a legend, but a legacy…” Engaging profile of the charitable Clash frontman... 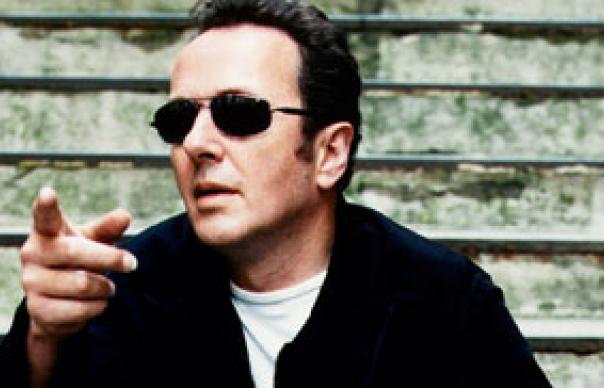 The afterlife of Joe Strummer is proving to be surprisingly rich. A blockbuster biography, a Julien Temple documentary, a string of tribute records, a limited-edition Strummer Telecaster and a Great Western loco bearing his name are all part of a wider sense that Strummer’s life and work remain an inspirational example. As Billy Bragg puts it here: “He’s not a legend but a legacy.”

Strummerville, the charity set up by Joe’s family and friends, is at the centre of that legacy. As this documentary reveals, Strummerville has several strands to its work; first and foremost it funds young acts looking for rehearsal space, gigs, studio time and the like. Then there is the Strummer Campfire. In his so-called ‘Wilderness years’ following the implosion of The Clash, Joe turned his festival campfire into a word-of-mouth institution, a gathering point for simpático spirits, a tradition gleefully maintained by Strummerville at Glastonbury and elsewhere.

Don Letts’ film supplies a snapshot portrait of Strummer’s life and times, including plenty of great home movie footage, and weaves this biographical material into Strummerville’s work. Several of the young acts that have been given a helping hand had only a vague (or no) notion of what Joe Strummer achieved, but all are quick to grasp that authenticity is at the centre of his output. “He was a man of the people,” says Alex Thomson of The Riff Raff, one of the hopefuls helped by Strummerville. “We’re trying to keep the fire burning.”

So far names like Shooting Star Poets and Nimmo And The Gauntletts remain on the fringes, but one senses that Strummerville, as alt.Fame college, will help deliver a breakthrough soon enough. “It’s about making bands stand on their own feet,” says one of the Gauntletts.

Among those long inspired by the Clash is Billy Bragg, who credits the group for introducing him to Rock Against Racism, “my first political act”. Bragg’s Jail Guitar Doors initiative, set up to provide prison inmates with instruments, works with Strummerville. Handing out acoustics with ‘This Machine Kills Time’ stencilled on them, Bragg reflects that what he’s doing is what The Clash taught him. “We’re not trying to be X Factor, we’re giving them the key to the door – self esteem,” he says.

Damien Hirst, for whom Strummer was first a hero, and later a friend, is another involved; watching him create a logo for the charity with several gallons of house paint is a treat. Also involved is The Hours’ Antony Genn. “There was a homemade quality to what Strummer did, with his campfire and customised blaster,” says Genn. “It’s that same ‘analogue attitude’ that’s at work here.”
EXTRAS: None.
Neil Spencer