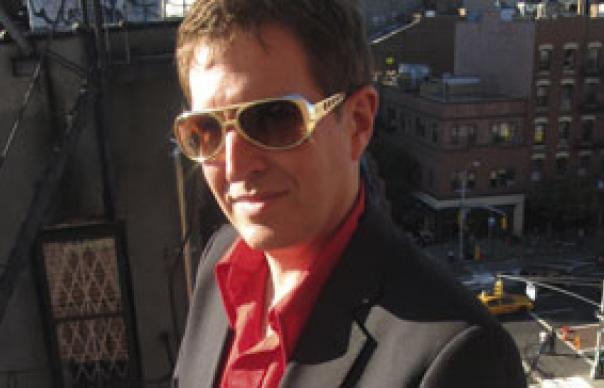 In a fairer world, Steve Wynn would be a household name. In the LA of the mid-’80s, he led the Dream Syndicate, the most intense, expansive outfit of the “Paisley Underground”. The band had a dark poetry and brought a kinetic energy to ’60s influences like The Doors and the Velvets, resulting in classic albums like The Days Of Wine And Roses, and Medicine Show (with hindsight, a 1980s Exile On Main St). The Syndicate fizzled out in ’89, but not before putting down a withering gale of a swansong, Live At Raji’s.

Post-Syndicate, while most of his Paisley peers were fading from view, Wynn embarked on a solo odyssey, resulting in a maze of criminally ignored classics, and a wealth of divergent band projects – most recently, The Baseball Project, for which he received a belated burst of popular acclaim. Around 2000, though, Wynn began working with Jason Victor, Dave DeCastro and Linda Pitmon of Miracle 3, a development that led to a sharpening of his songwriting. Played by this whip-smart band, Wynn’s noir-ish tales of ignominy and disconnection resulted in the most visionary music of his career. The controlled chaos of “Amphetamine,” a blistering road anthem and a highlight of the band’s signature album, 2003’s Static Transmission, might best represent The Miracle 3’s transcendence.

Northern Aggression, Wynn and band’s first studio album for five years, can stand tall in that company. An audacious, risk-taking tour de force, it locates itself in the upper reaches of Steve Wynn’s increasingly daunting canon. It comes at the listener from unexpected angles: the solemn desolation depicted in soul ballad “The Death Of Donnie B”, and “On The Mend,” a steely, postmodern psych freakout. This is a sleeker, fine-tuned Miracle 3, pushing at sonic extremes, aided at the mixing desk by Nicolas Vernhes, a hotshot New York producer whose avant-rock signature on works by Animal Collective, Spoon, Fiery Furnaces, and Black Dice, among others, has defined state-of-the-art rock’n’roll in the 2000s.

Northern Aggression begins with a sleazy Stooges riff grafted onto the roar of a jet engine, and touches down 10 songs later on a chiming guitar-pop knockout called “Ribbons And Chains.” In between, the LP rarely takes a rest, raining down crazy riffs and digging deep into modern alienation. “Resolution” turns interstellar amid waves of sustained feedback, while “Colored Lights” brings pure melodic resplendence under an army of buzzing hyper-riffs – it might be the album’s representational cut. The songs, meanwhile, are populated with protagonists dealing with decay, malaise and psychological decrepitude. Yet the crown jewel of Northern Aggression is “We Don’t Talk About It”, portrayed by Wynn himself as “Tony Joe White filtered through the Lower East Side; Captain Beefheart strolling through the Bowery”. An onslaught of off-kilter funk, almost symphonic in its shifts of tone, tempo and mood, with Wynn’s hipster-jive bobbing and weaving around Victor’s machine-gun guitar, it’s a stunner, betraying multiple layers of meaning.

“I’ve been swatting at the flies around my skull,” Wynn bellows at the song’s apotheosis, “until I realised they were trying to talk to me.” As a statement of his working practice, it couldn’t be much finer.
Luke Torn

Q+A
This record is just an all-out blitz from the get-go. Was that the plan?
There was little in the way of method or manifesto. I went down to Richmond, Virginia, Montrose Studio, with a handful of songs, the promise of a pastoral recording environment, and the best band I’ve ever had. I looked at our backwoods scenery and expected some kind of modern Harvest, but we ended up doing what we do – emotional sonic explosions and trippy soundscapes from all ends of the dynamic spectrum.

Could we call this the Steve Wynn/Miracle 3 ‘New York’ record?
Ha ha. You’re right. The pace, scenery, and attitude of our Southern setting freed us up to let our hyped-up NYC flag fly freely. That’s how we got the title. My friend Stephen McCarthy jokingly told us to leave our Northern aggression at the door.

Your protagonists are alienated, but in the dark as to why. Coincidence or metaphor for our times?
Yeah, there’s a lot of searching and flailing around blindly. It’s a theme in what I do – best intentions, bad choices. Dread, anxiety, defiance. I don’t know why. I’m actually a pretty optimistic guy.
INTERVIEW: LUKE TORN