Steve Hillage – Searching For The Spark

A long, strange trip: the Gong man's futuristic past celebrated in style on 22 CDs 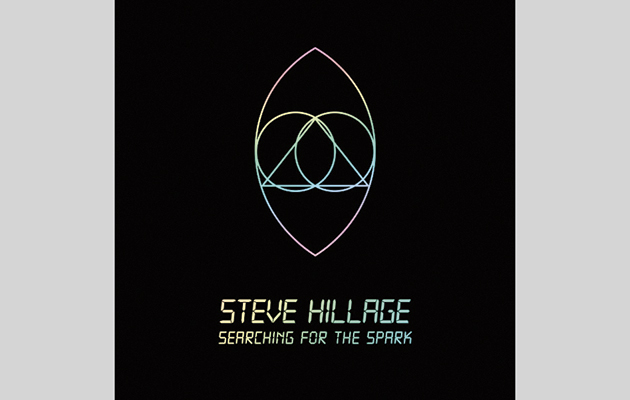 Steve Hillage has always had one eye on the future, experimenting with genres such as ambient and dance before many of his peers, and creating extra-terrestrial guitar sounds throughout his career with Uriel, Khan, Gong and System 7. Now Hillage’s futuristic past is being celebrated with an elaborate limited-edition, career-spanning 22CD boxset that includes early albums with Uriel and Khan, eight solo studio albums for Virgin (with bonus tracks), his work with The Orb as System 7, two CDs of BBC performances and, taken from Hillage’s personal archive, eight CDs of previously unreleased material constituting four live albums and four Sparks volumes of out-takes and demos dating back to his days in the Canterbury scene in 1970.

It’s an extraordinary haul, and is accompanied by a thorough 188-page biography, featuring original interviews with Hillage about guitars, drugs, spiritual beliefs and his collaborations with Mike Oldfield and Sham 69, as well as rare photographs from his personal archive. One musical highlight is the 40 minutes of unreleased material from 1972 that Hillage recorded with his second version of Khan. Khan’s second album never happened, although some of the tracks ended up on Hillage’s 1975 solo debut Fish Rising. “Madman’s Rap” is a wicked, swirling example of Hillage’s ambient psychedelia, which shows why he was such a good fit for Gong. And while Gong are the obvious absentees on this set, they aren’t completely missing. There are recordings Hillage made at the Gong house in France in 1973, many little more than extended aural concepts such as “The Dervish Riff” or “Water Trip”, but also near-complete songs such as “The Golden Vibe”, and there are two versions of the great “Beginning To See The Light”, a song Hillage played with Gong but has never previously been released.

Even without Gong, it’s possible to trace in this mass of music the journey Hillage was to take, with these early sonic experiments eventually leading to the breakthrough of 1979’s ambient Rainbow Dome Musick and then his work with System 7. The fourth Sparks volume has the best of this, featuring demos and out-takes of Hillage playing with a Roland 909 before he hooked up with Alex Paterson to form System 7, combining Hillage’s glissando guitar with The Orb’s ambient weirdness. System 7 rarities include covers of Pink Floyd’s “Set The Controls For The Heart Of The Sun” and Hendrix’s “Spanish Castle Magic”.

Alongside this weird, interesting stuff can be found Hillage’s more conventional but still mesmerizingly strange ’70s output, with his studio albums complemented by three excellent late-’70s live shows – dig that solo on “The Fire Inside” from Hammersmith 1979 and the thundering adventure of Munich’s “Unzipping The Zype” – as well as his performance at the 2006 Gong Family Convention, itself complemented by a 1974 take on L’s “Solar Musick Suite” recorded onstage with Gong.