Minus the shock factor, and the subversion – could it still be funny? 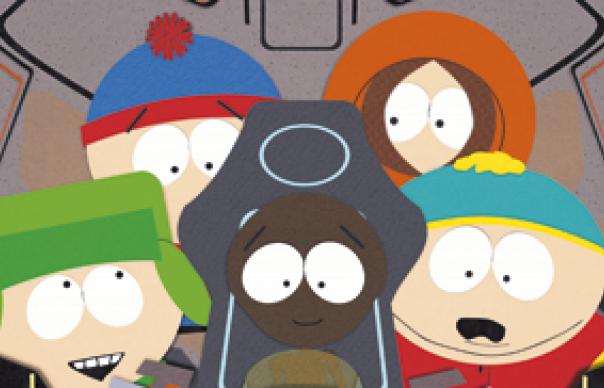 Animated comedy – or “cartoons” as the ancients called it – changed forever in the 1990s. Under the twin assault of The Simpsons (wit and cynicism disguised as family television) and Beavis And Butthead (stupidity and rudeness disguised as, er, stupidity and rudeness) animated comedy stopped being the retarded cousin of proper comedy and suddenly became a sweary drunk playground for the imagination. Taboos were eroding, bad language and sex was the ordure of the day and suddenly smart, funny people were making cartoons instead of writing for Letterman.

And then came South Park.
Barriers weren’t so much knocked down as kicked in the knackers, mugged and bum-harmed. South Park really did change the world, in that the world is now both funnier and a bit more evil. But even the bad kid has to get older, and it is to South Park’s credit that it got older, but didn’t grow up much. As The Simpsons turned into a sort of soft yellow hell and Beavis And Butthead started to look like a documentary about American teenagers, South Park just got on with it.

So we come to the year 2002.
At this stage in its run, South Park has come a long way since its early peak as a mid-’90s soft toy and wind-up figure world obsession, but has yet to reach the level of Scientology-baiting and later, deeper strangenesses. It has already made its movie, called Bigger, Longer & Uncut, a title which not only references cocks (didn’t see that one coming) but also rather begged the question – what do you do when you’ve been bigger, longer and uncut?

So South Park was, pretty much, mid-career at this point, excellent going for a series that had started out as an animated Christmas card. Season Six is most notable among fans for one thing; the fact that creators Trey Parker and Matt Stone got fed up with writing death scenes for Kenny and just got rid of him, replacing him with abused lad Butters (and later rejecting Butters, too, turning him into Professor Chaos, the somewhat lame super-villain.)

Well, it’s notable for other things, too. The splendidly self-referential episode “The Simpsons Already Did It”, which is probably the nearest this series will ever get to doffing its cap, would be one. There’s the use of language; “bloody vaginal belch” is charmless, typical and something The Simpsons would never do. There’s new, or continuing, it’s hard to tell, childishness and misogyny. There’s deeper levels of nerdism, in both a Lord Of The Rings tribute and, um, every single line of dialogue and every cut-out image. There’s perverts, disfigurement, the decision that AIDS is now funny as 22.3 years have passed… there is, in short, everything that makes South Park either appalling or brilliant. It was a busy 2002.

Of course, at this point, it didn’t matter how rude or nasty or naughty the show was; acceptability standards had changed, and South Park was no longer shocking, it was just itself. The only criterion – given that the show’s darkly political and personalised ethical streak was yet to emerge – for viewer interest was if the thing was funny. These days, the benchmark is no longer Homer Simpson saying “D’oh”, it’s not even Peter Griffin making AIDS gags in Family Guy. There are real controversies, and now you can say or do anything so long as it doesn’t offend a major corporation or take the piss out of a war, or mock a religion. Later, South Park would magnificently become the only great right-wing satire show ever made – and also make Tom Cruise cry like a baby.

Meanwhile, despite the loss of Kenny, despite the relentless hammering of taste in the fat mouth, and even despite the fact that all the storylines had been done by The Simpsons, Season Six of South Park is, somehow, incredibly funny.