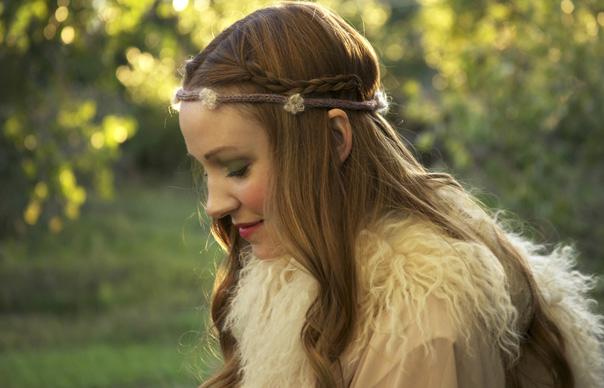 The last credible sighting of a potential Cocteau Twins reunion was back in 2005, when the trio were briefly tempted by the lure of Coachella’s big bucks before performing a hasty U-turn.

Since then Elizabeth Fraser has consented to a handful of collaborations, released a couple of low-key singles, and performed two triumphant solo shows at Antony Hegarty’s 2012 Meltdown. Robin Guthrie, now living in France, continues to make music, while the group’s bassist/keyboard player and co-writer Simon Raymonde has been sublimating his creative itch with his Bella Union label, home to the likes of Fleet Foxes, John Grant and Jonathan Wilson.

Raymonde’s collaboration with Wisconsin-born singer-songwriter Stephanie Dosen is his first record since the 1997 solo album Blame Someone Else, released a year after the final Cocteau Twins album, Milk And Kisses. The chances of his old band reforming are, Raymonde tells Uncut, “almost impossible”, and you wonder whether Snowbird is the sound of him finally coming to terms with that fact.

Featuring an ethereal female vocalist gargling in tongues over dreamy indie-pop, Moon certainly feels instantly familiar, which isn’t to suggest that Dosen is some surrogate Liz Fraser. An impressive and versatile singer in her own right, her CV includes two excellent solo albums, performing with Massive Attack and the Chemical Brothers, and appearing on Midlake’s The Courage Of Others. But still. Given that Moon is an album of textured atmospherics in which Dosen’s multi-layered (though usually intelligible) vocals are the marquee attraction, comparisons to the Cocteau Twins are both inevitable and a useful point of orientation.

The genesis of Snowbird dates back several years, following the release in 2007 of Dosen’s second album, A Lily For The Spectre. Every night over a period of two weeks Raymonde composed a series of piano pieces which he sent to Dosen in America; she would instantly extemporise melodies and send back the results the following morning.

Appropriately for an album which started as a nocturnal dialogue across two continents, Moon is a nightscape, alive with creatures, the lyrics swarming with bears, birds, foxes, mice and horses. On some songs, most obviously “In Lovely” and “Amelia”, the original piano and vocal structures are left relatively unadorned. Several others are more fully fleshed out, knocked into shape by a supporting cast handpicked from Raymonde’s label roster: Jonathan Wilson, Midlake guitarist Eric Pulido and drummer McKenzie Smith, and Paul Gregory from Lanterns On The Lake all contribute, alongside Radiohead drummer Philip Selway and guitarist Ed O’Brien.

The sound they create is liquid, free-flowing, honouring the dream-like aura of the project’s unusual beginnings. Opener “I Heard The Owl Call My Name” offers a reasonably authentic approximation of the Cocteau’s giddy rush, with its tumble of phased and layered vocals chained to crunchy reverbed guitar. “Where Foxes Hide” and “Charming Birds From Trees” are similarly – rapturously – evocative, but there are other influences at play. “Porcelain” has a dusky film-theme drama redolent of One Dove at their most melancholic, and there are echoes of Camera Obscura’s honey-glazed pop on the closing “Heart Of The Woods”, its sublime chorus caressed by warm trumpet. Elsewhere, a folky pastoralism often dominates. Flute twirls through the gentle prog-like waltz of “All Wishes Are Ghosts”; “We Carry White Mice“ carries the ghost of “Both Sides Now” in the bones of its melody.

It’s a mysterious affair, but never obscure. These songs have strong hooks and defined shape, although their stylistic and thematic uniformity wears a trifle thin over 11 tracks. It helps that Moon comes with an additional album of remixes, Luna, by Michigan’s electronic supremo RxGibbs, whose work here runs the gamut from gentle revisionism to full scale reinvention on “Where Foxes Hide” and “Amelia”. Where Snowbird’s Moon is full and bright, the stuff of romantic novels, Gibbs’s version ventures to the dark side. In the end, cleverly, each album serves to illuminate the strengths of the other.
Graeme Thomson

Q&A
SIMON RAYMONDE
How did Moon begin?
I was in London and Stephanie was in America. I’d send her a track, she would listen to it for the first time, press record, and what came out of her mouth on that first listen is the song. It took less than two weeks to write but ages to finish. We were a couple then we broke up, which put things on hold, though we stayed great friends. Also, it took Stephanie a year to do the vocals, then she decided she hated it! So she recorded the whole thing again.

Comparisons will be made with the Cocteau Twins.
Of course. That’s what I did for 15 years, it’s a huge part of my life. Stephanie is not the same as Elizabeth, she has different influences, she’s a different person, but I saw a similarity in the way they approached writing and singing. I didn’t ever want to make a record where the vocals weren’t of a high standard.

Are the Cocteaus definitely over?
It’s been done for several years. For a second or two [a reunion] seemed possible, but it was right not to do it. It could never have worked. The baggage weighs very heavily, the relationship between Robin and Elizabeth is super complex. I’m loathe to say it will never happen, but I can’t envisage a day when we’re all sitting on a bus together in Ann Arbor sharing pizza.
INTERVIEW: GRAEME THOMSON