Before the rampant egomania, before the bloated double albums, before the mass band purgings and the hagiographic documentary in which Billy Corgan, saintly in white bathrobe, sits in a hotel room writing songs about Nazi Germany and receiving a pair of fans who present him with a huge plaster model of his own head… yeah, it’s easy to forget that before all that stuff, the Smashing Pumpkins used to be a pretty great rock band. 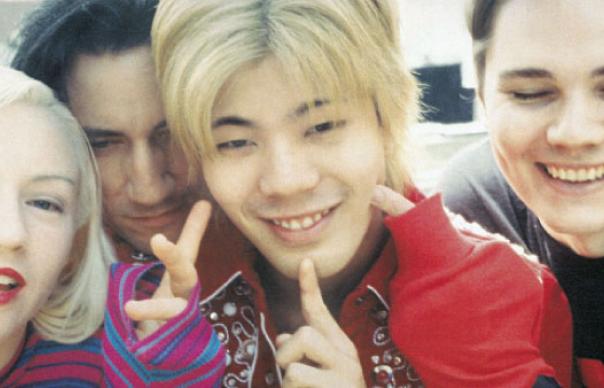 Before the rampant egomania, before the bloated double albums, before the mass band purgings and the hagiographic documentary in which Billy Corgan, saintly in white bathrobe, sits in a hotel room writing songs about Nazi Germany and receiving a pair of fans who present him with a huge plaster model of his own head… yeah, it’s easy to forget that before all that stuff, the Smashing Pumpkins used to be a pretty great rock band.

In part, their preposterous success – over 30 million albums sold – should be considered fortunate timing. Rising out of the Chicago club scene in 1991, just as Seattle’s alternative rock underground had hit on the formula of turning angst into dollars, the Pumpkins’ mix of bruising dream-rock and bruised introversion made them seem, if not kin, at least a foil – fey flower children, adrift in grunge’s forest of tormented lumberjacks.

Whereas Nirvana, Mudhoney and Screaming Trees slotted into a lineage of American punk-rock that stretched back to Black Flag and Minor Threat, Corgan had experienced no such DIY weaning: his totems were Cheap Trick, Queen, Yngwie Malmsteen. He was also ambitious, deeply so, and in a way that rubbed up the alternative gatekeepers: Steve Albini called them “by, of and for the mainstream”, while Bob Mould coined the fabulous term “the grunge Monkees” – jabs Corgan would return on Siamese Dream’s “Cherub Rock”, a sardonic riposte to what he regarded as sniffy hipsters out to spoil his deserved success.

Gish was the first evidence of Corgan’s exacting manner. Recorded in a 30-day stint at Butch Vig’s Smart Studios, where Nirvana had laid down the demos for Nevermind eight months earlier, this was, by alternative standards, a fastidious piece of work. Vig speaks of hours perfecting guitar tone, and Corgan reportedly (and not for the last time) played the lion’s share of guitarist James Iha and bassist D’arcy Wretzky’s parts himself. Lyrically, it’s not much to speak of – a vague angst, sophomoric at best – but Gish is a gem nonetheless. Vig’s warm, radiant production proves a neat fit for Corgan’s dreamy guitar expressionism, and while “I Am One” and “Siva” neatly blend the ethereal and the heavy, it is the record’s softer moments – the lullaby-like “Crush”, and the Wretsky-sung “Day Dream” – that glow the brightest. Bob Ludwig’s remaster job adds fine detail, and a second CD collects 18 tracks, mostly diverting: fresh mixes of B-sides “Plume” and “Starla”, Peel sessions (including a Hendrix-channelling cover of the Animals’ LSD hymn “Girl Named Sandoz”) and “Hippy Trippy”, a fragile early take on “Crush”.

Corgan may not have harboured the troublesome integrity of Kurt Cobain, but the Pumpkins’ alternative success brought with it its own problems. Iha and Wretsky hooked up, then broke up; in accordance with grunge cliché, the band’s trump card, powerhouse drummer Jimmy Chamberlin, got hooked on heroin; Billy got married, and grappled with the monumental responsibility of being the genius Billy Corgan. From all this came Siamese Dream. In places, one might call this an album of love songs – “Luna”, “Soma” and “Hummer” all address another with affection. Really, though, the subject is me, me, me.

The Pumpkins may not have been “authentic” in the DIY punk sense, but it’s clear that when Corgan said he was a fuck-up, he wasn’t exaggerating. “Disarm” muses on a childhood of abuse and neglect, strummed acoustic guitar and cello laced with, as Corgan has it, “The bitterness of one who’s left alone”. Two booming anthems, “Cherub Rock” and “Today”, are equal parts earnestness and irony, on the surface wide-eyed and innocent, but coloured with a sickly patina. The winsome “Spaceboy” gives way to a snatch of audio pulled from some American TV show, a housewife complaining her partner “ends up just masturbating himself, and I end up feeling very alienated and unsatisfied…” And then there is “Silverfuck”, which finds Billy locking bits of his past self in a box under his bed – any thoughts, Dr Freud? – before the song goes up like a catherine wheel and burns out in a squall of screaming feedback.

Corgan’s megalomania hides a damaged soul, and on Siamese Dream, he swaddles his dysfunction in layers upon layers of cotton-wool guitar fuzz. Its essence, more or less, is, “I’m not OK, you’re not OK… but enough about you”. Still, everyone needs a refuge, and never did the Pumpkins build one more sonically gorgeous than this. Extras? Mostly inferior takes, or material similar to that on ’94’s out-takes collection Pisces Iscariot and 2005’s Rarities And B-sides, although for those that haven’t plumbed the depths of the Pumpkins catalogue, it’s a fair brace.
Louis Pattison