No Future: new boxset revisits a pivotal year for the Sex Pistols and Britain 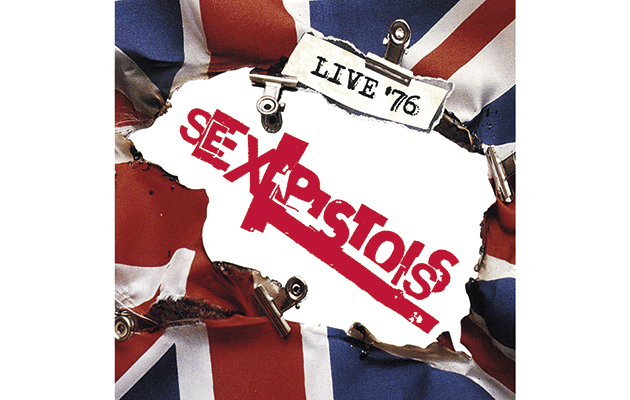 When the Sex Pistols took the stage at Manchester’s Lesser Free Trade Hall on June 4, 1976, Great Britain didn’t look especially great. Politically, economically, socially – in every way possible – the country was a shambles, with inflation sending the price of food well beyond the budgets of middle- and working-class shoppers and average wages plummeting to £72 a week. The value of the pound was dropping precipitously, to the extent that the country was offered a bailout loan by its former colony, the United States of America. The Pistols appeared as though summoned from the depths of the British psyche: the nation’s darkest fears and starkest desires manifest in safety-pinned T-shirts and frayed guitar riffs. The band weren’t simply responding to all the shit going down in the mid-’70s. Rather, they represented a collective response to a crumbling world.

Their performance in Manchester stands as one of the most important concerts ever played on British soil, spurring the Manchester music scene and creating a new rock capital to rival London. While Live ’76 gathers this and other shows from that bellwether year, it’s impossible to reconstruct such a moment 40 years later, especially now that punk has been so thoroughly absorbed into the mainstream and Never Mind The Bollocks… is available in exclusive pink vinyl at HMV. In 2016 it’s not always easy to tell what the hubbub was all about. Running blithely and recklessly through Paul Revere & The Raiders’ “Stepping Stone” and The Stooges’ “No Fun”, the Sex Pistols sound like any old punk band, churning out a brash rumble and conveying squalid bravado common to the acts that followed in their wake.

This show, much like the others in this 4CD boxset, has long been available as a bootleg, and this version sounds like it: the sound quality ranges from murky and indistinct to safety-pin-in-your-ear shrill. Steve Jones’ guitar sounds like it’s holding a razor to your throat, but Johnny Rotten gets lost in the mix, his disgust fatally muted. Not even a year old at the time, the band sound like they’re only just getting used to their power, learning how to wield it before they would eventually turn it outward in a spray of spittle and vitriol.

The Sex Pistols grew cockier as the year bore on and as conditions in Britain worsened. When they played Islington in late August, racial tensions were coming to a boil in London, culminating in a massive riot at the Notting Hill Carnival. It must have seemed like an ominous sign when even Big Ben stopped working. It would be months before it faithfully told the time again. The Pistols sound like they’re internalising all of this national angst and rendering from it smeary, taunting punk rock. They open their set with a new song, “Anarchy In The UK”, which was written only a few weeks beforehand and must have sounded like a reasonable prediction for Britain. They sound tentative at first, as though gauging the crowd; soon enough, the song turns ferocious and mean, the musicians playing with a new sense of mission and a fresh relentlessness to their attack. That would only intensify with subsequent shows.

Live ’76 presents a band in the process of becoming a legend – not simply developing a reputation as a fiery live act, but rethinking the role pop music could play in society. American punk bands like the Ramones and the New York Dolls were largely apolitical (or, at least, not explicitly political), but the Sex Pistols sound political out of necessity, as though outrage might be the only sane reaction to Britain in the mid-1970s. By September, the country was requesting a nearly £4 billion bailout from the International Monetary Fund and the Sex Pistols had played their first international show in Paris, returning home emboldened by the experience.

On September 17, they played HM Prison in Chelmsford, a high-security facility for young male offenders. In such a setting anything less than a riot would be anti-climactic, but at least Rotten tries to rile things up: “This is about Harold Wilson, it’s called ‘Liar’,” he cajoles, growing more comfortable in his contrariness. “Well, come on, have a riot! Boo! Boo!” If anything, the rhythm section – drummer Paul Cook and bass player Glen Matlock – keep things from getting too out of control, their taut interplay preventing the songs from falling all apart completely.

Just a week later the Sex Pistols played the 76 Club in Burton Upon Trent, which marks a tipping point for the band and the movement they represented. Punk was becoming more visible in the mainstream, and the band play with no presumptions. In fact, they might sound even hungrier on these songs, even more confrontational than usual, especially on “Problems”, with its feedback-drenched false start and its violent ending. Two weeks later the Pistols would sign with EMI. Before 1976 was over they would drop the f-bomb on the BBC and nearly get Bill Grundy fired. Live ’76 plays like a prelude to the Pistols’ short career, but they sound like they’re warning the empire of even worse days to come.