Paris, 1968. On the set of a nondescript film called Slogan, 22 year old English actress Jane Birkin finds herself playing the love interest of a washed-up advertising executive undergoing a midlife crisis. In real life, Birkin’s three year marriage to Bond-theme composer John Barry is falling apart. She embarks on an affair with her leading man, a French pop star called Serge Gainsbourg, ushering in a year he would later call “un année erotique”, during which the duo would record a hit single, “Je T’aime… Moi Non Plus”, banned by the BBC for its suggestive sexuality. 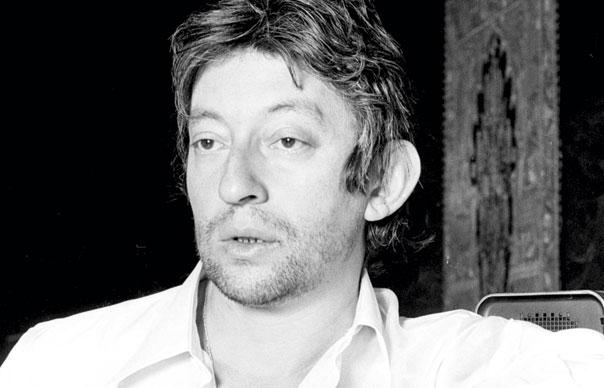 Paris, 1968. On the set of a nondescript film called Slogan, 22 year old English actress Jane Birkin finds herself playing the love interest of a washed-up advertising executive undergoing a midlife crisis. In real life, Birkin’s three year marriage to Bond-theme composer John Barry is falling apart. She embarks on an affair with her leading man, a French pop star called Serge Gainsbourg, ushering in a year he would later call “un année erotique”, during which the duo would record a hit single, “Je T’aime… Moi Non Plus”, banned by the BBC for its suggestive sexuality.

The age of free love produced surprisingly few outright celebrations of sex in music, with “Je T’aime…” a notable exception. But two years later, with Birkin playing the gamine-muse to the hilt, Gainsbourg recorded Histoire De Melody Nelson, a concept album that fictionalised their affair in a voyage to the dark side of the libido.

Melody Nelson is generally regarded as Gainsbourg’s career high, fêted by the likes of Jarvis Cocker, Beck, David Holmes, Portishead and Air. Its musical appeal is greatly indebted to composer-arranger Jean-Claude Vannier and producer Jean-Claude Charvier, who took the original backing tapes from a London session (featuring Dougie Wright, Herbie Flowers, Big Jim Sullivan, Vic Flick) and painstakingly married them up with a 30-strong string section that swoops and wheels around the loping backbeats in a kind of concerto for funk group and chamber orchestra.

But any pleasure in its seductive texture must be tempered as soon as its disquieting subject matter unfolds. Birkin’s voice wafts in like a refrain, whispering “Melody Nelson” as intensely as though she’s trying to pull Gainsbourg out of a coma. Which she may well have been, as he vocalises throughout in a subdued, vaguely menacing ‘speech-song’ that sounds emptied-out by experience.

And it goes something like this: a 43 year old man, cruising in his Rolls Royce Silver Ghost, knocks a teenage girl off her bike. This introduction is a sustained dream sequence, in which Gainsbourg describes running his Roller onto the pavement “in a zone, an isolated spot” (whether geographical or psychological is unspecified) in which every last detail becomes mythical – even his limo’s figurehead transforms into an embodiment of Venus. Double basses chop out channels in the deep id, and the funk is languorously laidback, draped across the air like an electrostatic charge.

The accident is framed not as a chance meeting of a sleazeball and a nymphet on a sidewalk, but as if Gainsbourg has actually crashed into the essence of music itself (Melody’s name is not randomly chosen). She responds to his concerned approach by becoming his lover, and the couple briefly share an ecstasy in which “The surrounding walls of the labyrinth/Open up on the infinite”. Then On “L’hôtel Particulier” it all goes a bit Eyes Wide Shut, as the narrator gives a coded knock on the door of an anonymous residence, is ushered into the “Cleopatra suite”, and embraces Melody on a Rococo bed under a mirrored ceiling, watched by carved ebony slaves.

Disaster strikes, as Melody, wishing to “see the sky of Sunderland again”, is involved in a plane crash and is never seen again. In the astonishing finale, “Cargo Culte”, Gainsbourg imagines the smash from the perspective of a New Guinea tribesman waiting to plunder fallen jets in the jungle, and merges with that primitive figure, greedily “hold[ing] onto that hope of an air disaster/That might bring Melody back to me”. And with that, the band goes ape, the fat ladies sing, and the curtain rings down.

It’s preposterous, yet in its orchestral earnestness and its jolts of novelistic detail (on “Cargo Culte”, he pictures “Those naïve shipwreckers armed with blowpipes/Who sacrifice to the cargo cult/By puffing towards the azure and the aeroplanes”), Gainsbourg bypasses cheesiness in favour of a fanaticism rarely achieved in pop music before it. It’s as if his infatuation with Jane Birkin allowed him to embrace a self-contained, claustrophobic universe of desire, rapturous and celebratory, disquieting and doomed.

Melody Nelson, the longest wish-fulfilment fantasy in the history of pop, takes only 27 minutes to play out. As such, I find the CD of outtakes and alternate versions included with the edition completely unnecessary. But the DVD is another matter: a 40 minute documentary featuring Birkin, Vannier and others, which genuinely enlarges on the release, with studio footage plus extracts from a rarely seen 1971 promo film. Revelations abound: Birkin offers proof that Gainsbourg already had the character of Melody in his head before meeting her; Gainsbourg (speaking in 1971) recalls asking Vladimir Nabokov for permission to set the “Humbert Poem” from Lolita to music. Like Lolita, Histoire De Melody Nelson is a kind of oratorio of desire, sung by one who’s not yet slipped its parasitic grasp.
Rob Young