It's the Swedish Cracker! Sort of... 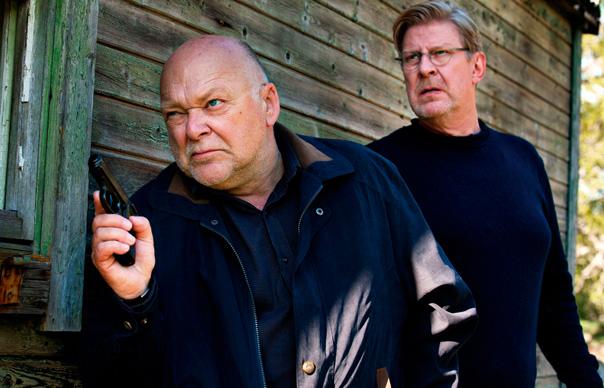 It’s the Swedish Cracker! Sort of…

A dishevelled criminal profiler, down on his luck and plagued by inner demons and vices, is engaged by a reluctant police force to help track down a killer. Yes, this could be the pitch for Cracker – but here it’s successfully used as the premise of this month’s essential piece of Nordic Noir. There are clear parallels between Robbie Coltrane’s Fitz and Rolf Lassgard’s title character beyond the bear-like frames of both actors, although where Fitz was a slave to a destructive gambling habit, Bergman’s weakness is women. The subtext to both series is that it takes a troubled mind to get inside another troubled mind, but while Cracker spun on Fitz’s intuition, Sweden’s Sebastian Bergman functions as more of a standard police procedural.

When we first meet Sebastian, he’s sorting through his recently deceased mother’s house and contents, and notices the arrival of detectives to question a murder suspect next door. It’s the same crack team he worked with 12 years earlier. Te script only hints at the reasons for their falling out, and his co-opting onto the investigation ruffles the feathers of familiarly-drawn squad members – the weary and jaded lead cop, a no-nonsense ambitious fast-track female sergeant, a younger idealistic rookie.

This opening two-parter, “The Cursed One” introduces the mesmerising Lassgard, previously seen as a detective in the original Swedish Wallander. He plays Bergman as a relatively taciturn and benign force (far removed from Coltrane’s ebullient Fitz), understated but wise. He never really seems to do much, but you can’t take your eyes off him. Bergman’s personal tragedy of having lost his wife and young daughter in the 2004 Indian Ocean tsunami may veer too close to soap opera for some, but as a set-up for unlikely new hero it ticks a satisfying number of boxes.
EXTRAS: None
TERRY STAUNTON