Boy wonder eases up: only his 9th LP in 7 years 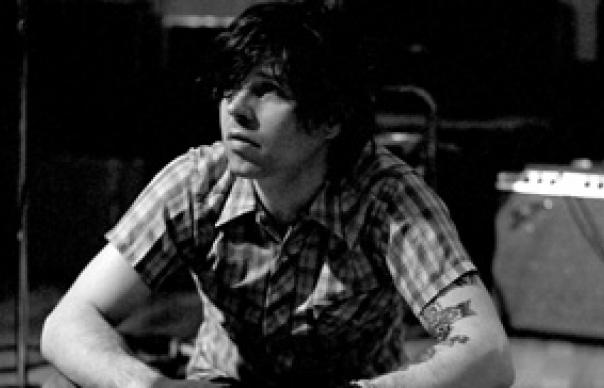 By his own prolific standards, Ryan Adams has been strangely quiet of late. Since the drowsy 29, a weak finale to the flurry that sired Cold Roses and Jacksonville City Nights in 2005, he appears to have eased down almost completely.

There were clearly things that needed shaking from the system. Continuing to plant soul and hip-hop oddments on his website (under the various guises of DJ Reggie, Were Wolph and Rhoda Rho), he hasn’t exactly been kicking his heels, but it’s his interim work with others that seems to have the biggest influence on Easy Tiger.

Having chummed up with the Grateful Dead’s Phil Lesh, Adams also produced Willie Nelson’s Songbird last year. And here, both influences are evident from the off. Opener “Goodnight Rose” – recently stretched to eight-and-a-half glorious minutes on US TV’s The Henry Rollins Show – could be Nelson trembling through a turn-of-the-‘70s Dead tune. The same goes for “Tears Of Gold”, another beauty, set to pedal steel. And though Adams mined the Dead’s “Truckin’” on 29’s title track, he now seems to know where to take it.

But the real triumph of Easy Tiger is less rooted in the sound, more in the attitude. With the unfussy production of Jamie Candiloro (engineer of Rock And Roll), the newly sober, cleaned-up Adams appears more at ease in his own skin, soothing himself into these thirteen songs rather than straining hard.

“Rip Off”, for instance, with its lovely mandolins and gentle guitar, is as careworn and rumpled as anything by John Prine. FM juggernaut and recent live favourite “Halloweenhead” is about as rocking as it gets. With the Cardinals back on board (drummer Brad Pemberton, bassist Chris Feinstein, steel player Jon Graboff and guitarist Neal Casal), Easy Tiger feels like a more assured follow-up to the countrified Cold Roses.

All in all, a break seems to have done Ryan Adams the power of good. Shrewdly edited, filled with good judgement, this is simply great work, from a rejuvenated musician