His entire output, plus bountiful extras, all in – what else? – a beautiful, blood-red velvet box... 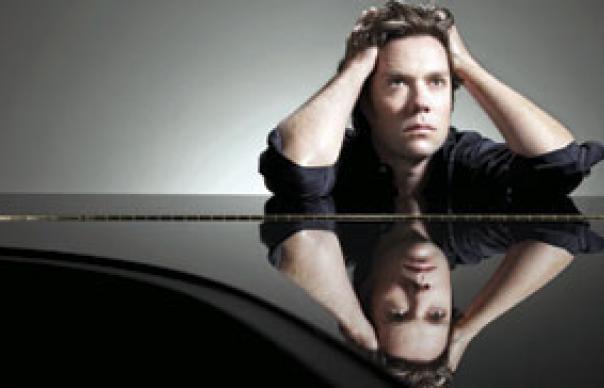 On the face of it, House Of Rufus, containing 19 discs of studio albums, live recordings, rarities, DVDs and a hardback book, retailing for around £150, seems like an unprecedentedly cynical enterprise. All in all, including sundry demos, the set features approximately 30 unreleased or hard-to-find songs, which the dementedly dedicated completist Rufusophile is effectively purchasing for £5 each. Is this a robust new business model for the industry? Or just a case of fleecing fans for those final few bucks while they’re still willing to shell out for music as a sumptuously packaged commodity?

It is, as Wainwright himself waspishly acknowledges in his sleevenotes, the kind of collection more commonly associated with posthumous cash-ins, and the book, full of fulsome tributes from his sister, Linda Thompson, Lenny Waronker and Neil Tennant, certainly feels like a series of eulogies. And yet he is, as he declares, only 37, in full health at the height of his powers, about to embark on a week-long residency at the Royal Opera House, and, just if you suspected he might be jacking in the glamour of pop for sombre middle-aged operas and Sondheimian musicals, recording a new album with Mark Ronson.

The only real justification for it all is sheer, gratuitous extravagance. In May his dad Loudon Wainwright released a boxset entitled 40-Odd Years, dutifully distilling his storied career into four discs of wry wisecracks and acoustic confessionals. Faced with this kind of hard-earned, earnest and enduring precedent, maybe it’s only natural that you might think What Would Judy Do? and wrap your entire recorded output in red velvet just for the glorious spendthrift hell of it.

And so you can trace the career through the studio discography, from the fully formed prodigy of the eponymous debut, through the poised debauchery of Poses, the rehab romanticism of Want, the chamber-pop excess of Release The Stars, and the sparse memorials of All Days Are Nights. You can follow the growth of the performer from the 1995 demos, where, even before the production of Jon Brion and arrangements of Van Dyke Parks, the songs are already immaculately formed – though Rufus himself sounds like a baby lamb with dreams of becoming Piaf – through to the screwball diva of Rufus Does Judy and perfectionist showbiz pro of Milwaukee At Last!!! You can even trace a career in covers, a classic songbook capacious enough to include standards (old family sing-alongs like “Goodbye Sweetheart”), the golden age of the Hollywood musical (the entire Garland set), classic singer-songwriters (two Leonard Cohen covers) and the Pet Shop Boys (an outdoes-the-original live take on “Casanova In Hell”).

But for all the exhaustive, exhausting details of this box, with its expanded albums, unearthed demos, Japan-only tracks and iTunes exclusives, perhaps the most telling detail of House Of Rufus lies in its omission. Though it includes a DVD on the troubled gestation of his opera, Prima Donna (commissioned by the Met but then abandoned, when Wainwright insisted the libretto would be in French), the opera itself is absent. In the sleevenotes, while declaring Wainwright to be the heir of Stephen Sondheim, Neil Tennant says “Release The Stars was the end of the beginning, Prima Donna the start of a chapter. Now it’s going to get really interesting.” Wainwright has so far profited from being perfectly poised between pop, musical, art-song, and even opera. Can he now progress further? Is he ambitious enough to gatecrash the worlds of the Met or Broadway? Or is peculiar genius, as he puts it, a kind of “lazy devotion”, a flirtation with both seriousness and showbiz? The answers will doubtless be revealed by 2023 when he releases a limited edition 50th birthday box set fashioned from solid gold.
Stephen Troussé

Q+A
This boxset comes a few months after your father’s – any family competition there?
That was totally, totally serendipitous. My dad has made more than 30 albums so I’m sure he could beat me if he wanted. But we’re not size queens over here!

How do you feel about listening to your old demos now?
What I do like is you can hear this aching ambition and blatant alfalfa-like determination to be heard. I was stuck with an intense love of opera and classical music from the age of 13. But once I got to music school and realised that you had to practise and write fugues and so on I thought, fuck this, I’m just going to write songs. It was a combination of laziness and devotion.

Is this box your way of saying goodbye to pop music?
It could be saying hello to pop music! I’m recording now with Mark Ronson, and the point is to not sound like this big velvety red thing. Am I out to rival the Haus Of Gaga? That’s funny – I originally wanted to call this set The Rufus Cycle, like the Ring Cycle, y’know? But they said that was too sophisticated – so I Gagaed down.
INTERVIEW: STEPHEN TROUSSé