An astonishing rebirth for the psychedelic cowboy... 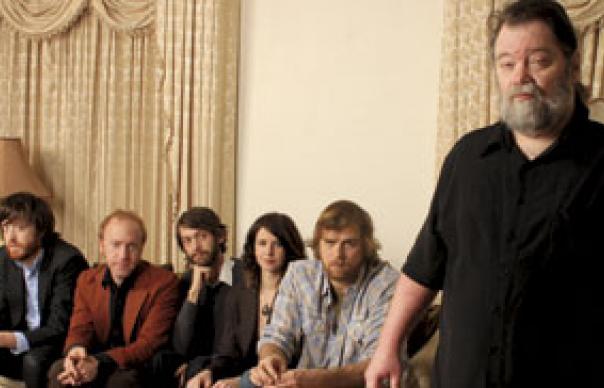 Roky Erickson’s turbulent life journey from teen-pop idol in the Thirteenth Floor Elevators to electroshock patient, from lysergic seer to godfather of punk, might best be described as chaotic. As substantial a masterpiece as was 1967’s Easter Everywhere, by the 1980s, Erickson was living an isolated life in the projects of Austin, Texas, having traversed the crazy highs and excruciating lows that generally portend an early demise.

Twenty years ago, few would have predicted Erickson would be alive in 2010, much less maintaining a busy touring schedule and recording True Love Cast Out All Evil, an astonishing highlight of his tragically stunted career. Evidently, there’ll be no muted, Syd Barrett-style demise for Roger Kynard Erickson.

Ably aided by fellow Austinites Okkervil River and producer Will Sheff – the latter entrusted with sorting through scores of old compositions to arrive at the dozen presented here – Erickson pours his heart into song after touching song on True Love, guilelessly weaving strands of autobiography, myth, childlike wonder, and pleas for universal love into a work that is a marvel on multiple levels.

Erickson enthusiasts will recognise some of these songs, which have appeared in primitive form – home recordings, bootlegs, small-label projects – over the years. But not in this guise. Okkervil’s shimmering, sixth-sense backing, and Roky’s disarming, straight-from-the-heart singing, casts True Love… as an unlikely autumnal classic – think Dylan’s Time Out Of Mind – and a kind of taking stock, refracted through his spooked, terrifying life story.

Never has Erickson been this direct.

Sheff’s role as editor has been to peel away the outlandishness. He frames True Love with a pair of brittle lo-fi demos laid down in the early ’70s, during Roky’s captivity at the Rusk State Hospital For The Criminally Insane. Here, Erickson is at his most vulnerable and lonely, replete with ambient noise and string overdubs and thereby suggests his post-Elevators life as True Love’s over-arcing narrative. It’s a legitimate device, thematically above reproach, though the tapes are so ragged as to distract from the LP’s cumulative punch. Given the strength of the Okkervil River sessions, it might have been better to have Roky tackle the songs anew.

Still, it’s clear Sheff coaxed some of Roky’s best studio performances ever. “Be And Bring Me Home” is cataclysmic. Written during his darkest days of incarceration, it’s a majestic creation, a plea for peace and freedom, its smouldering R’n’B groove complementing Roky’s vocal – pitting immense weariness at the inanities of the world against the joys and comforts of music, family and connectedness.

Mirroring its cosmopolitan production, True Love’s arrangements are all over the place: “Bring Back The Past” is chiming, Rickenbacker-styled powerpop, surprisingly effective; “Please Judge”, shorn of its old, Buddy Holly-ish arrangement, is sombre torch song set against a tangle of electronic noise. And then there’s “Goodbye Sweet Dreams”. A spare, haunted acoustic take of this song provides a ghostly parting image in the 2007 biopic, You’re Gonna Miss Me. Okkervil River, though, raining down sheets of electric guitar amid an icy, kaleidoscopic arrangement, transform it into a hypnotic psych-folk juggernaut. Erickson’s superb vocal, draping the song’s pulsing rhythms with loss and melancholy, is as authoritative in its way as the Elevators’ ageless “You’re Gonna Miss Me”. The mere existence of True Love… carries the weight of a miracle. That it so compellingly rescues a cache of unforgettable songs, and signals the unlikeliest of artistic revivals, must rank it among rock’s most transcendent tales.
Luke Torn