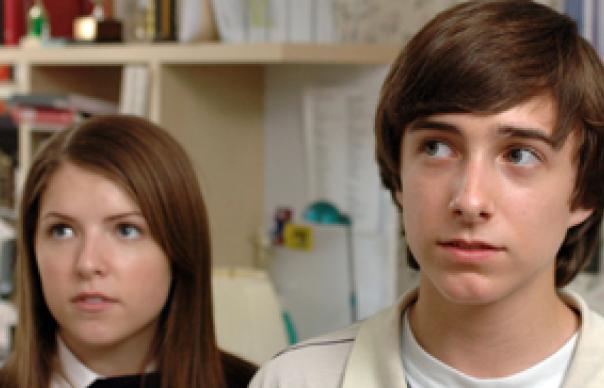 If you’ve been following recent US indie cinema, Rocket Science may seem a little familiar. The story of a teen outsider with a small but, in his high-school world, debilitating affliction (a stammer) it uses all the ammo in the Sundance movie armoury – separated parents, weird stepbrothers, barking neighbours – to create yet another white-picket survivalist fable, scored with the obligatory alt.rock soundtrack (Broken Social Scene and The Violent Femmes do the honours).

But in much the same way that Little Miss Sunshine gathered up all the available indie tropes and boiled them down to an accessible, near-Oscar-winning package, so Jeffrey Blitz’s debut creates something affecting and original out of such seemingly well-worn material. Central to its success is the artless Reece Thompson as Hal Hefner, the dweeb inducted into the school debating team by the not-as-philanthropic-as-she-seems Ginny Ryerson (Anna Kendrick), and his attempts, not always successful, to regain his dignity.

Although the film builds to a kind of Rocky-style showdown, Blitz doesn’t follow the usual route for the standard underdog movie. Where other indies trumpet an idealistic right-will-prevail philosophy, Blitz is brave enough to wonder if it won’t, and the gamble pays off in this warm, funny comedy’s poignant last moments.