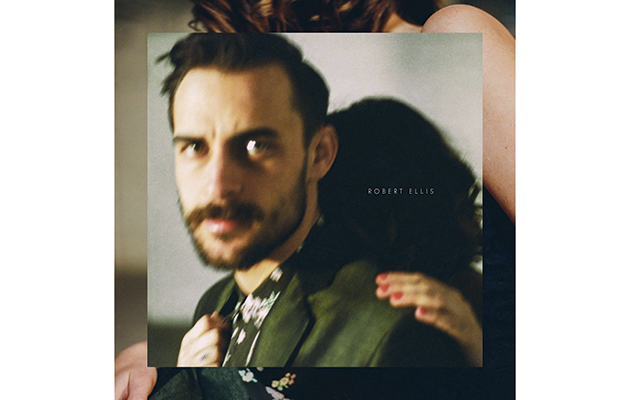 For all its offshoots and mutations, there remains the suspicion that country music has pretty strict border controls. Recent years have seen a number of artists, evidently mindful of being typecast, break out into more inclusive territory. Sturgill Simpson is a keen example, forgoing the traditional slant of his early work for amorphous albums that embrace gospel, psychedelia and cosmology; while the likes of Justin Townes Earle, Daniel Romano and (most strikingly) Israel Nash have all ditched their prior formalism for a more expansive type of music whose relationship to country has become increasingly tenuous.

Much the same can be said of Robert Ellis. Reared in the Southern Texas enclave of Lake Jackson, Ellis emerged from a religious community where there were just two types of music: country and bluegrass. By the time he began his recording career, both 2009’s The Great Rearranger and follow-up Photographs (2011) – intuitive records that shifted back and forth between countrypolitan and folk – suggested he belonged to the lineage of George Jones or Kris Kristofferson.

But 2014’s wonderful The Lights From The Chemical Plant flipped all that on its head. This time country played a secondary role to R’n’B, white soul, a dash of jazz and a baroque form of singer-songwriterly pop. It was a vivid and unexpected transformation, Ellis tapping into such influences as Paul Simon and Randy Newman. “Because of Photographs, I feel like people have made certain associations with what I do and who I am,” he told Uncut. “It’s important sometimes to put things in context for them.”

Robert Ellis feels like a natural extension of this approach, placing an even greater distance between its creator and his roots. Primarily a guitar player but also extremely tidy on piano, Ellis brings a wider pallete of textures. Keyboards are more prominent, as is a three-piece string section that gives a number of these songs a slightly ornate, chamber-pop feel. “The High Road”, for instance, makes its presence felt with a concerted shimmy of violins and cello, before being ushered along by trebly electric guitars and limber acoustics in lovely interplay. The song’s sense of rapt deliberation is in pointed contrast to “Screw”, a curious instrumental in which Ellis and Kelly Doyle improvise a guitar duet over electronic ambience and the soft purr of indistinct vocal samples. This experimental tone finds fuller expression in “It’s Not OK”. Beginning with a stabby piano riff reminiscent of 10cc or Harry Nilsson, it eventually gives way to some fabulously digressive jazz-rock, all rolling cymbals and free rhythms, punctuated by a piercing guitar solo.

At its heart, though, this is essentially a great pop album. Both “Perfect Strangers” and the burnished “California” sound like the sort of bittersweet entreaties that might have come from the pen of Dwight Twilley in his ’70s prime. Or, more recently, West Coast darlings Dawes (whose singer Taylor Goldsmith, incidentally, featured on Ellis’ last album). Written by Delta Spirit’s Matthew Vasquez, “How I Love You” posits Ellis as the broken romantic, crying hurt over yearning guitar-pop and piano, underscored by steel. Things get beefier on “Couples Skate”, though it’s trounced by the twanging country-rock of “Drivin’”, co-written by Angaleena Presley, formerly one-third of Pistol Annies.

Picking through the lyrics, you might be forgiven for assuming that Robert Ellis is a break-up album. Most of these tunes address relationships in crisis, love souring with familiarity and the passage of time, couples allowing the weeds to grow between them. What’s more, given Ellis’ split from his wife since The Lights From The Chemical Plant, and his subsequent move away from his adopted Nashville home, it’s tempting to conclude that it’s all autobiographical. Yet Ellis is less interested in confession than he is in acute character studies, folding whatever first-hand experience he has into narrative songs that try to make sense of the impulses that drive us. “We can adapt or maybe we could divorce”, he sings on the dizzyingly beautiful “Elephant”. “We could jump ship or we could easily change course”.

The open road, pop music’s most trusted symbol of freedom and flight, instead becomes an agent of imprisonment. “Elephant”’s protagonist is torn between staying and leaving, “The High Road” of the title has worn its subject down, the abandoned woman in “California” can’t bear to make a fresh start, for “every road leads away from the things you wanted”. Souls in flux, forever undergoing some kind of transformation. In Ellis’ gifted hands, these restless portraits serve as a perfect reflection of his own voyaging musical self.

Q&A
ROBERT ELLIS
Did your recent marriage break-up play into this album in some way?
Whatever’s happening in your life inevitably ends up in your narrative songwriting, but I wouldn’t say it’s strictly autobiographical by any means. A lot of the stuff maybe started from a feeling, then sort of evolved as the characters took shape and the stories developed. I don’t necessarily find my life to be the most interesting story that one could tell.

How conscious were you of escaping the folk/country tag?
When we were writing and arranging the songs I think we were far enough down the path of our own voice that I wasn’t consciously trying to make it not country. Certain things, like “Drivin’”, just came out sounding like country tunes. At one point in time I really didn’t want to be typecast, because country can be pejorative in some ways. But I really don’t give a shit anymore.

The album is self-titled, often an indication of someone trying to make some sort of statement. Was that the case here?
I thought about it a lot. And seeing as I produced this one and we did it in Houston, where I began, I feel personally like I’ve grown into whatever I’m doing now, in a way that feels really comfortable and natural. Whereas maybe on previous records I was still kind of figuring some of that stuff out. When the record was finished I thought it sounded like us. And everyone gets to do the self-titled record thing one time, right?
INTERVIEW: ROB HUGHES