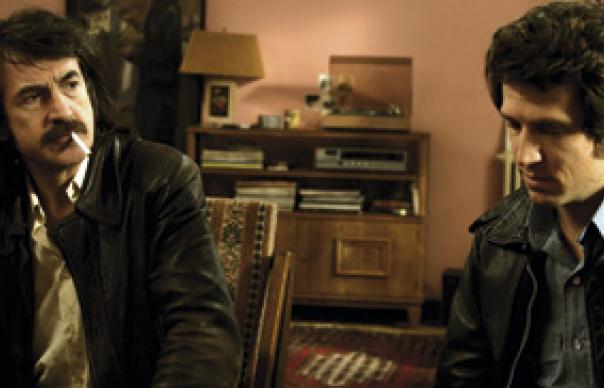 Magnetic but disarming, like a combination of Pacino and Hoffman, French actor Francois Cluzet is probably best known here for 2006’s thriller “Tell No One”, and one of the underlying pleasures of this grainy cop drama is seeing him reunited with that film’s director, Guillaume Canet – this time, though, both are in front of the camera.

Set in late-’70s Lyons, Canet plays Francois, who has overcome upbringing in a rough estate to become a diligent police inspector, estranging himself from his charismatic criminal brother, Gabriel (Cluzet). With Gabriel about to be released after a 10-year murder sentence, Francois reluctantly agrees to help him go straight; but that’s rarely an easy task in movies.

Meanwhile, seeing his own name tarnished by association as Gabriel drifts back into the underworld, Francois has other problems looming, due to his love for the wife of a gangster he put in prison.

Maillot’s movie offers few surprises, but it’s great strength is the recreation of an era. Simply, Rivals feels like a really good ’70s movie, though not a great one; indeed, an attempt to inject some Godfather-like portent actually blunts the impact. But it motors on Cluzet’s mercurial performance as a man somehow charming, cold, self-pitying and selfless at once.