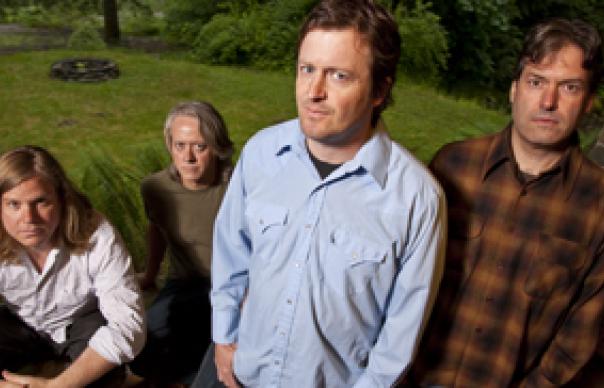 Richmond Fontaine first appeared in Uncut airspace with 2004’s Post To Wire. By then, they’d been going for nigh on a decade and Post To Wire was their fifth album. Why it took so long for such a great band to show up on our radar remains, frankly, baffling. But here, anyway, they were, with a record it seemed to me that fans of a certain kind of orphaned Americana would fall upon like apostles on The Grail of holy legend. Which, lo and also behold, they did, Post To Wire appealing to the kind of people inclined towards the disconsolation of, say, American Music Club and The Replacements’ All Shook Down.

The same sad universe traversed on Post To Wire – a world where life is one long losing streak – was the location also for the albums that followed, 2005’s The Fitzgerald and two years later, Thirteen Cities. Both were faultless additions to the Fontaine catalogue and stunningly showcased the understated genius of Willy Vlautin’s songwriting, which everyone who’s written about these albums has felt almost obliged to describe as ‘novelistic’.

By which was meant that in as much as you could hear echoes in Willy’s songs of acknowledged influences like Bob Dylan, Bruce Springsteen, Tom Waits, Mark Eitzel and Paul Westerberg, there was also a clear debt to the fiction of ‘dirty realists’ like Raymond Carver, lowlife laureates like Charles Bukowski and John Fante, and further nods to noir fatalists like Daniel Woodrell and the writing of Denis Johnson in Angels and Jesus’ Son.

And so across these albums, there were songs, crisply realised vignettes, if you like, about washed-up losers, hard-drinking hustlers, hapless gamblers, a dying gangster or two, brutalised wives and murdered children, vengeful bookies, grim junkie fuck-ups, suicidal drunks, their lives ruined beyond repair or redemption, set mostly in the great swarming emptiness of an unlit America of bars that never close because no-one ever leaves them, truck-stops, diners, run-down casinos, bus stations, motels where the lonely live and every day look in the mirror and, unrecognisable even to themselves, wonder who it is they’ve become.

In many respects We Used To Think The Freeway Sounded Like A River adheres in wholly admirable ways to Willy’s familiar songwriting template and tracks here like “Lonnie”, “43”, “Ruby And Lou”, “The Pull” and “A Letter To The Patron Saint Of Nurses” are incomparably vivid evocations of people at the end of what you might call their tether, looking for things they can’t put a name to. “The Pull”, especially, is a classic example of Willy and Richmond Fontaine doing what they do so well that in not much more than a couple of minutes tells the story of a bum who becomes a boxer whose career is ruined by injury. You might want to compare it to The Wrestler, although the song is cleansed of the film’s garish sentimentality and mawkish histrionics. “The Pull” is a hard look at a hard life, the facts about which are unflinchingly documented – a nose shattered in Modesto, the detached retina that follows in Fresno, the enforced retirement from the ring and the fretful anger that then consumes it.

Willy Vlautin’s writing has never been inclined towards overstatement, but here and on songs like “You Can Move Back Here” and “Maybe We Were Both Born Blue”, his lyrics are more pared to the bone than ever, blue collar haikus in which entire lives and their myriad disappointments, usually too many to count, are described with the same astonishing economy that Willy brought separately to The Motel Life and Northline, the two well-reviewed novels he’s published since Post To Wire.

The most powerful of these new songs, however, seem to me less than usual like fictions based on the largely unravelling lives of the characters Willy grew up around in Reno’s lowlife hang-outs. Two days before the end of the year-long tour Richmond Fontaine embarked on in support of Thirteen Cities, Willy still on the road but home in sight, his mother died and not long after that a serious injury laid him up for many months, a period of enforced introspection during which he wrote the new album as well as a third novel.

Thus, there is an element of raw autobiography evident on the album’s opener and title track, and even more powerfully on “The Boyfriends” and “Two Alone”. In the former, the song’s narrator is picked up in a place called The Yukon Lounge by a lonely girl, recently divorced, who takes him to her home where their eventual coupling is witnessed by her young child, the narrator dismally reminded of what passed for his own childhood, memories of his mother and the men who shared her bed, were sometimes kind to him but more often not. The song’s palpable anguish is made even more tangible by the unbearably sad flourishes of Paul Brainard’s mournful mariachi trumpet. “Two Alone” meanwhile painfully examines notions of dependency – although it’s ostensibly about a young couple’s faltering life together, it could easily be about the fractious relationship between a mother and son and the apparently unbridgeable gulf between them.

There’s a real heat to the band’s performance, a reminder of a musical excellence sometimes overlooked in the rush, perhaps understandable, to congratulate Vlautin for his lyrics. Although they build up a fairly fearsome head of steam on a couple of tracks – notably “43” and on the coda to “Two Alone” – they’re not often the kind of band that blows doors off their hinges, like comparable Uncut favourites The Drive-By Truckers or The Hold Steady, say. But there is an unassuming brilliance to much that they do and, as ever, We Used To Think The Freeway Sounded Like A River is a-bristle with finely-tooled detail – like the forlorn cello on “Ruby And Lou”, the violin on “The Pull” and Collin Oldham’s cellomobo, which brings a touch of Morricone to several tracks. The band essay elsewhere a fine line in Crazy Horse country rock on “Lonnie”, the REM jangle of “You Can Move Back Here” and a dark claustrophobia on “Two Alone” worthy of Lou Reed’s The Blue Mask.