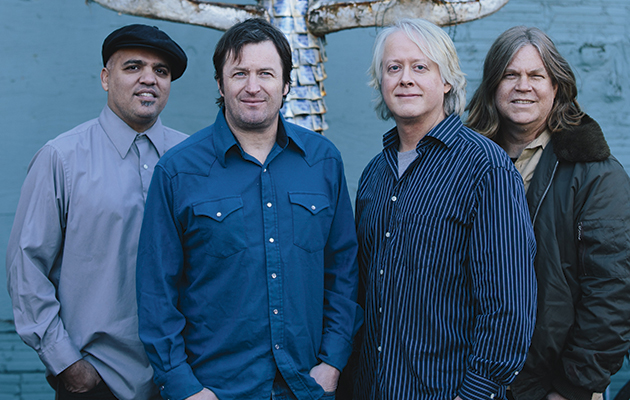 Richmond Fontaine did the orphaned Americana thing better than anyone on 2004’s Post To Wire, an album that visited the unlit places where people end up when they’re abandoned and adrift. You’d be inclined call it a career high if the records that followed weren’t just as good. The Fitzgerald (2005), Thirteen Cities (2007) and We Used To Think The Freeway Sounded Like A River (2009) were similarly vivid examples of the brilliantly pared-down storytelling that had become songwriter Willy Vlautin’s speciality, his songs across these albums unflinching narratives about the washed-up, lonely and hopeless.

Willy’s world in these songs was full of suicidal drunks, beat-up wives, teenage runaways, down-at-heel drifters, degenerate gamblers on endless losing streaks, threadbare hustlers. The kind of people, in other words, who have to check their own pulse from time to time to make sure they’re not dead, whose lives or what’s left of them have become as stricken as the kind of country songs no-one wants to hear anymore because nobody wants to feel that sad.

The band’s hot streak only cooled with 2011’s The High Country, an austere song-cycle whose bleak outlook carried with it a hint of finality, the sense that Willy had reached the end of a particular road with Richmond Fontaine. Willy was a prize-winning novelist by then, his books carrying eye-catching endorsements from George Pelecanos and Donna Tartt. A new career as a full-time writer plausibly beckoned.

Instead, Vlautin formed a new band, The Delines, the songs on their 2014 album, Colfax, written as a showcase for the terrific voice of Amy Boone, singer with Austin’s The Damnations. Willy’s own frail voice is a limited thing, marvellous on a certain kind of song, and writing for a more dynamic and versatile singer he seemed revitalised. The album was the richest and most diverse collection of songs he’d composed to date. The stalwart country rock of so many great Richmond Fontaine tracks was largely intact, but there were glorious country soul excursions that Boone essayed with a panache way beyond Vlautin’s faltering range.

Talking to Uncut when the album came out, Willy was adamant, however, that we hadn’t heard the last of Richmond Fontaine, that he’d written a new batch of songs for the band, who were even then rehearsing them. Which brings us to You Can’t Go Back If There’s Nothing To Go Back To, whose release has been preceded by the news that it will be their last. As such, it’s a more poignant epitaph to their fine career than the dour and sometimes impenetrable The High Country. There’s a lot of familiar heartache here on songs like “Wake Up Ray”, about a marriage coming desperately apart in a small Montana town that might be a prequel to the tale of the young wife making a run for it on “The Oil Rigs At Night”, a highlight of Colfax. We also immediately recognise the abject runaways of “Three Brothers Rolled Into Town”, the flat-broke cowboys of “Whitey And Me”, the hell-bent drunks of “Let’s Hit One More Place” and the desperate husband of “A Night In The City”, whose fevered instrumental climax recalls “4 Walls” from Thirteen Cities.

Everyone in these songs is afraid, scared of the pasts that haunt them, fearful of a future that holds nothing but woe, frightened on the outstanding “Don’t Skip Out On Me” of being abandoned, left behind, waking up and finding everyone gone, dead or disappeared, in one sense or another departed, leaving nothing behind apart from an anguished vacancy. Pedal steel, electric guitar and keyboards mesh plaintively here in a forlorn matrix. Elsewhere, there’s the feeling that Vlautin’s used the opportunity of a final outing with Richmond Fontaine to revisit some of the characters from earlier albums.

“I Can’t Black It Out If I Wake Up And Remember” and “I Got Off The Bus”, for instance, could be about the dismal loser who lit out for California on Post To Wire returning now to a largely derelict hometown he no longer recognises, once-familiar buildings burned down or demolished, the family and friends he left behind all gone, every street full of awful, inhospitable memories. “I know what you abandon dies and what you leave leaves you, too,” Vlauntin sings on the latter, a hymn to the lost as good as anything he’s ever written.

Q&A
Willy Vlautin
Why is this Richmond Fontaine’s last record?
When [bassist] Dave Harding moved to Denmark after The High Country, we were stopped in our tracks. We were worn out as well. Dave was gone, we weren’t quite a band anymore and everyone went their own way. But we didn’t want The High Country to be our last record. So when we got back together, we tried as hard as we could and we got lucky. We all feel more than great about it, so it seemed like the right place to stop.

It must have been strange knowing you were writing your last songs for the band.
I wasn’t thinking about that so much at first, but it did sink into the fabric of the songs. A lot of the record is about the age we’re at and how a lot of our harder-living friends are beginning to fall apart. We’re at the age where you start having to pay for the way you’ve lived. I was thinking of all that and also the idea of coming home. When you’ve finished looking around or you fail too many times, you come home.

You also revisit characters from earlier albums.
I think so. The heart of our early songs was in Reno where I grew up. Over the years, the characters in them drifted all over looking for a place to land. Now they’re done drifting and coming home. Maybe there’s nothing left there, but it’s where they started and where they’ll end. That also made sense to me in terms of our career.
INTERVIEW: ALLAN JONES