Fine aural companion to 2013 memoir of the same name 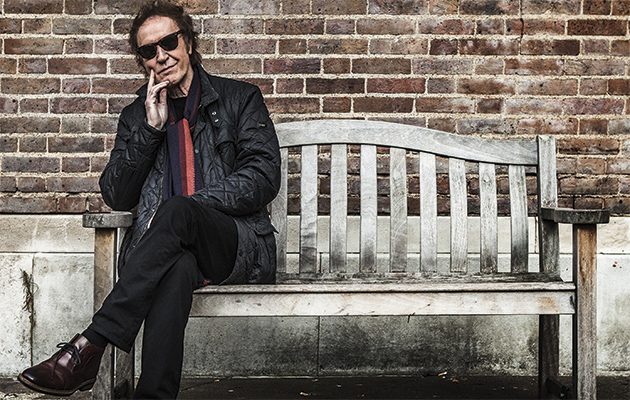 For an artist so widely associated with a very English sensibility – godfather of Britpop, grandmaster of kitchen sink self-deprecation – Ray Davies has harboured a long and deep obsession with American culture. Always a significant presence in his life, at the age of 72 he has finally pushed it to the centre of his music.

His first album of new material for eight years, Americana is an aural companion to Davies’ 2013 memoir of the same name. Through 15 songs (an expanded edition is already in the works), he traces an intimate relationship with the country which fired his imagination in the ’50s, turned his life upside down in the early ’60s, shunned him in the later ’60s, and became home in more recent decades. Americana may be unashamedly conceptual, but it wears its ambitions lightly. Davies tells Uncut his Americana is “an idea, an America of the mind rather than a style of music or the place itself”, a conceit which affords him the freedom to roam.

The scene-setting title track cribs from “Home On The Range”, recounting the explosive impact of US culture, particularly cowboy films, on the teenage Davies and his “baby brother” in their Muswell Hill terrace. Just one problem: “I can’t understand how I’m gonna get there from here.” Yet by the next song, “The Deal”, there he is, soaking up the Californian sun as a newly anointed pop star, his habitual British reticence simultaneously repelled and seduced by an unstoppable barrage of “awesome” Yankee optimism: “Feeling so fabulous, fraudulent, a counterfeit on the make.”

The mood throughout is of rueful, often humorous ambivalence. The tremendous “Poetry” – which has echoes of Cockney Rebel’s “Make Me Smile (Come Up And See Me)” – laments the brash vulgarity of the worst of Universal America, while “A Long Drive Home To Tarzana” uneasily embraces the American Dream via a haven in the San Fernando Valley. The airy chamber country of “The Invaders” relives the demonisation – not entirely without merit – of The Kinks as the thuggish footsoldiers of the British Invasion, ultimately resulting in them being banned from the States between 1965-’69: “They called us the invaders, as though we came from another world/The man from immigration shouted out, ‘Hey punk, are you a boy or a girl?’” This is a cultural earthquake with a very personal aftershock: “Things would never be the same,” not just for the world, but for Davies. A delicate duet, “Message From The Road” finds him battling time zones, desperate to connect with his wife and child back in Britain. He sings it with weary tenderness, while The Jawhawks’ keyboardist and vocalist Karen Grotberg plays the woman left at home, “out of sight and out of mind”.

One of the smartest moves Davies makes on Americana is using The Jawhawks as his core backing band. They bring a warm, uncomplicated cohesion. Given their input, and the themes, unsurprisingly the album has a prominent country flavour. “A Place In Your Heart” is a light-hearted hoedown, befitting a tale of travel, fleeting romantic assignations and wide-open possibilities; “Rock And Roll Cowboys” is an elegant country-rock waltz, piled up with Wild West metaphors; the title track is scored with swooning pedal steel. Yet the scope of Americana allows for a generous range of styles. Davies mines the blues on the swampy “Mystery Room” and the minimalist, somewhat malevolent “Change For Change”, while a brief spoken-word piece, the poignant “Silent Movie”, recalls a final meeting with his neighbour Alex Chilton, “the day before I left New Orleans”.

At times the influences are closer to home and enjoyably knowing. “The Deal”, with its familiar descending chord sequence, feels classically Kinksian; or perhaps – given that Davies wrote it during the age of Britpop – it’s closer to the sound of The Kinks filtered through Blur, a homage to a homage. “I’ve Heard That Beat Before” – a lovely, light, jazz-inflected shuffle musing on the dance between creative inspiration and domestic discord – features a snatch of “All Day And All Of The Night”, while Davies sings in his laziest Sunday afternoon voice.
He is entitled to flirt so openly with past glories. Entirely self-written and beautifully realised, Americana is a deeply satisfying reminder that Davies remains a songwriter with a huge reach, but few equals.