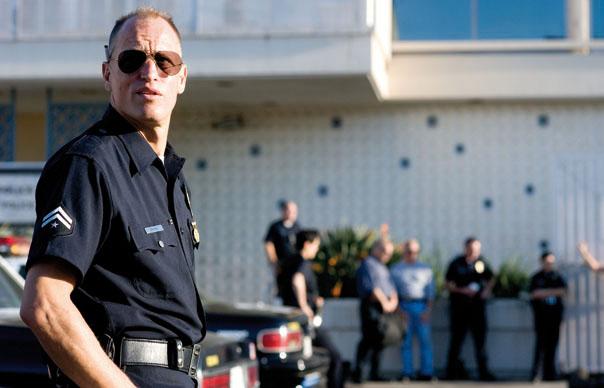 Set against the Rampart Division scandal that rocked the LAPD in the late ‘90s – the rampant corruption and brutality that similarly inspired The Shield – James Ellroy’s story makes a hazier, less pulpy companion to his underrated Dark Blue.

Another chapter of LA Confidential, we’re in familiar territory, yet despite a superb cast Rampart slips increasingly out of focus and coherence. Still Harrelson, a sly, wired and mad dinosaur, cuts through it like a knife. His second hook-up with director Oren Moverman following 2009’s The Messenger, this incredible performance leaves you wondering why so few filmmakers thought to put him at the centre of a movie for so long.
Damien Love