Radiohead: The Best Of 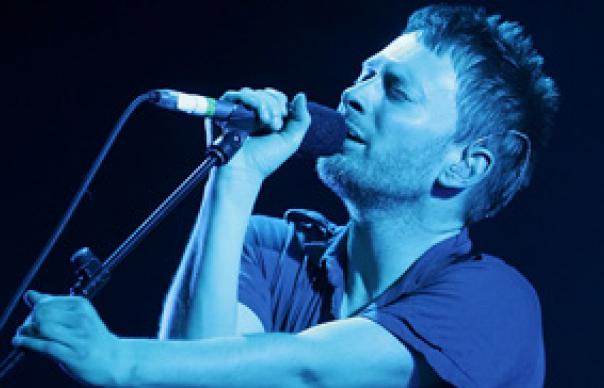 It is difficult not to perceive something of the sulkily slung-together cash-in about this package. After a decade and six albums with Parlophone – an increasingly rare career pattern, and one that would have been much valued by a major record company in a volatile climate – Radiohead decamped, leaving their label with the memories and the back catalogue.

This DVD seems, to at least some extent, the equivalent of the abandoned spouse conducting a jumble sale of their former partner’s outfits. The desultory title, absence of involvement from the band, failure to include any Extras, and lack of any mention of the artefact on Radiohead’s website – so far as it’s possible to tell – all contribute to an impression of somewhat petulant score-settling.

That still leaves 20 videos, nine of which have never been previously available on DVD. Presented in chronological order, from 1993’s “Creep” to a live version of “2+2=5” at the 2003 Belfort Festival, these visual interpretations of consistently stunning music unfurl as a fascinating, even heartwarming study of a band acquiring the confidence to be themselves.

“Creep” is the type of video almost everyone makes first – a straightforward facsimile of live performance. By accident or design, though, this served Radiohead well – for all the miracles they’ve wrought in the studio, they remain at their best on stage, and the intensity captured in the video for “Creep” helped make them stars in America. This is followed by the bad haircuts, awkward acting and high-concept nonsense – chameleons, perspex coffins, that kind of thing – that invariably descends upon any suddenly successful and slightly uncertain young artist.

But by the time Radiohead needed to put images to the music of their second album, 1995’s The Bends, they were notably less hesitant in front of camera – Thom Yorke in particular, who was now conjuring the unselfconscious sincerity that transports him on stage. And they were making much better choices about the people behind it. A couple of the clips of this period are widely recognised masterpieces. There’s Jamie Thraves‘ “Just”, a story of a man compelled by a glimpse at ultimate truth to lie on the sidewalk, Jonathan Glazer‘s elegant, black-and-white, slow-motion trailer-park hallucination of “Street Spirit (Fade Out)” (Glazer would be asked back for “Karma Police”).

It’s still impossible to avoid noticing that for sheer viscerality, neither quite beats the clip for “My Iron Lung” – another live performance (directed, tellingly, by Brett Turnbull, also responsible for “Creep”).

Radiohead are clearly well suited by the extraordinary autonomy under which they now operate – most famously signified by last year’s startling decision to sell current album “In Rainbows” online for the price of whatever downloaders felt like paying.

If you plotted one career-long graph of Radiohead’s pleasure with being Radiohead against another indicating the degree to which Radiohead have been beholden to the music business, you’d end up with an X. In retrospect, the video for “Paranoid Android”, the first single from 1997’s “OK, Computer” looks an even more significant milestone in this regard – Radiohead declined to appear in it, instead offering the song’s six-and-a-half-minute running time as a soundtrack for Magnus Carlsson‘s animation.

But as their career progresses, this looks less and less like disdain for the form and more and more like a generous curiosity about where others might be able to take their music. Much like their obvious touchstones and mentors REM, Radiohead have been one of the – still depressingly few – artists who’ve approached the rock video as something potentially more than a tiresome commercial necessity.

Whether more or less straightforward interpretations of a song’s theme (Yorke half-drowning himself in Grant Gee‘s clip for the claustrophobic “No Surprises”) or not (Chris Hopewell‘s brilliantly deranged fairy tale for “There There”), the videos collected here amount to an extraordinary body of work, and further sterling service to Radiohead’s ongoing efforts to reclaim intelligence as a virtue.