A fascinating journey through the life of the producer who changed the world... 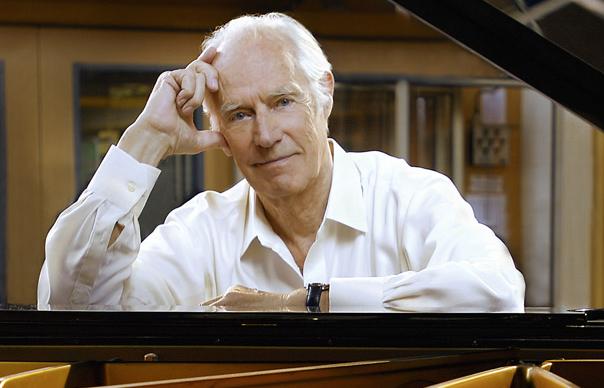 This DVD is, significantly, a production for the BBC’s Arena, which gives it the edge over ITV/ Sky’s slicker, more promo-faced South Bank Show. Here we get the familiar story of George Martin told with a brilliant freshness. Naturally The Beatles’ story is threaded through Martin’s (Ringo and Sir Paul contribute, both full of affection for their old headmaster), but for once we get the early years (the breadline childhood, the Fleet Air Arm), the comedy years (Bernard Cribbins and Rolf Harris), and the post-Fabs years (Mahavishnu Orchestra!), as well as a visit to Montserrat, where Martin built his second Air Studios (destroyed by Hurricane Hugo).

The story is told in a pleasantly jumbled up fashion, as if someone just threw the tapes up in the air. Martin’s son Giles conducts several interviews, and at one point is charmingly admonished by his dad for trying to make him admit that he was ambitious. Macca recalls a dinner in Paris hosted by Epstein where they were served “phallic delicacies”. Ringo reveals a collective Beatle fancying of Judy, now Lady Martin. Michael Palin discusses The Goons with Sir George. And throughout the programme there is a strong sense of just how extraordinary a person George Martin is. He remains the modest patrician, the polite innovator, and the man whose suggestions helped to change popular music (at one point, he explains how McCartney’s staccato verses for “Eleanor Rigby” reminded him of Bernard Hermann, which led him to the sawing orchestral arrangement – Psycho out of Father Mackenzie!)

You also get a sense of the man’s inner steel. This is a producer unfazed by neither Lennon nor McCartney. Told by EMI that The Beatles didn’t want his name on Let It Be, he says, “I wasn’t having that,” adding that he suggested the credit should be “produced by George Martin, over-produced by Phil Spector”. Martin was never a yes-man (Rolf Harris, interviewed, is still amazed that George bluntly told him the aboriginal music he wanted on “Sun Arise” was “boring”). After years of the Lennon version of history, in which Martin’s role as the mythic fifth Beatle was sharply denigrated, it’s good to be shown how important he was, moving from practical suggestions (beginning a song with the chorus) to introducing the band to new ideas, and then working as an equal partner on creating new worlds.

The origins of these new worlds were unknown to Phil Spector. Martin says of his first encounter with The Beatles, “I didn’t know them from Adam, but they knew me,” Martin says, because the band had seen his name on records by Peter Sellers and Spike Milligan. When he adds, “Building up Sergeant Pepper became a bit like working on a Peter Sellers record,” he says, you see how a career as a comedy producer gave him both The Beatles’ respect – The Goons were as important to Lennon as Chuck Berry – and the open-mindedness to make a record like “Strawberry Fields Forever”. (And in the end, he could have said, after the disaster of Let It Be, they came crawling back to make Abbey Road.)

This is a brilliant DVD, with huge chunks of Martin productions, from America to Irene Handl, from Humphrey Lyttelton to Jeff Beck (the extras are extended Giles Martin interviews, as well as tributes from the slightly random trio of Rick Rubin, T-Bone Burnett and Ken Scott). Its most poignant moment comes when Martin, now in his 80s, visits the devastated Air Studios in Montserrat. “It’s like everything in life,” he says, “Everything has a period. You bring something out of nothing but it always goes back to nothing again.” Looking at George Martin’s career, it’s impossible to believe that’s true.
EXTRAS: Extended interviews.
6/10
DAVID QUANTICK