"Careering" again? As PiL are reborn, a dark classic is reissued, alongside a patchy 4CD comp 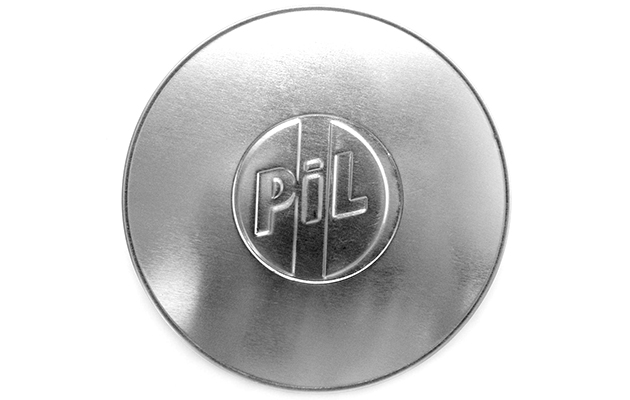 “Public Image would like to thank absolutely no-one.” The dedication on PiL’s first album served notice that John Lydon‘s punk sneer hadn’t entirely vanished. Released in December 1978, First Edition found Lydon and his principal cohorts, Keith Levene and Jah Wobble, stuck between snottiness and artiness. To spite Virgin, the LP was kept to the contractual minimum of 30 minutes, while blatant instrumental filler like “The Cowboy Song” and “Fodderstompf” mocked the fans.

Yet there was also brilliance. “Public Image” came in a blaze of piercing guitar and pulsing reggae bass, over which Lydon reclaimed his artistic self-determination. “Attack” and “Annalisa” repeated the trick almost as well. Most of all, First Edition sounded like nothing else on offer, a strange hybrid that hovered between the motorik rhythms of Krautrock and the spacey mixes of dub.

Metal Box, released a year later, moved the PiL sound into still stranger territory, and suggested the group might realise their vaunted ambition to be something more than just another rock band. Housed in a film canister, a slip of paper for a tracklist, its three 12″ 45 rpm discs comprised an ‘album’ with no clear structure or sequence. The industrialism of the packaging reflected the hour of stark, unsettling music it contained: 10 minutes of hammering bass and circular, scratchy guitar on “Albatross”, for example, with Lydon moaning like a somnambulist unable to escape a bad dream (the Sex Pistols, clearly, also the subject of “Memories”).

Wobble’s relentless basslines, throbbing and humming across a full, three octave range, are the album’s lynchpin, with Levene jangling, scything and picking spiky lines from his aluminium guitar, or sending out squalls of synth – a huge novelty at the time. The drums, played variously by Richard Dudanski, Martin Atkinson, Wobble and Levene, were simple, utilitarian, relentless.

A mood of paranoia and resignation was crystallised by Lydon’s baleful vocals and lyrics. “Careering” was, and remains, the most evocative depiction of the casual murderousness of Ulster’s civil war. “Poptones”, a suggestive sketch of abduction and rape, and “Swan Lake” (aka “Death Disco“), a description of watching a dear one die (in this case Lydon’s mother), likewise glared unblinking into the void.

Metal Box still sounds like a revolution in progress; even its clumsy attempts at disco (post-punk heresy in ’79) and Levene’s synth piece, “Radio 4”, are endearing. Uncompromising, occasionally indulgent, patched together at the mixing desk, it remains a magnificent, jarring creation.

Although PiL had a reputation as a band that wouldn’t/couldn’t play live, the three John Peel Session tracks on Plastic Box(“Poptones”, “Careering”, “Chant”) show them quite capable of reproducing their studio form when required. The will to strive and achieve wasn’t present, however, at least not in Levene, labouring under a chronic heroin habit, or Lydon, content to idle away weeks in a blur of lager, amphetamines and misanthropy.

Disgruntled by the poor wages and slack work ethic, Wobble was soon off, leaving a void no amount of prickly posturing could fill. Flowers Of Romance, PiL’s third, succeeded only in patches. The title track (a hit!) ran with the tribal beats popularised by Adam Ant, and “Go Back” reprised Metal Box, this time lampooning the Oi boys of the fascist right. The lashings of cod avant-garde elsewhere were strictly for the impressionable.

A lurch back to mainstream rock arrived on the hit “This Is Not A Love Song” (“I’m changing my ways where money applies,” says it all) and accelerated once Levene left. Where the first two CDs of Plastic Box – essentially the first three albums – are a mix of bravery and self-gratification, the second pair are a catalogue of mediocrity and dead ends. The Laswell-produced Album (’86) is often poor man’s Iggy (try “F.F.F.”), while Happy (’87), 9 (’89) and That What Is Not (’92) drift into Motšrhead lite (“Luck’s Up”) and, ulp, Simple Minds (“Disappointed”). Two CDs and 32 tracks of generic rock are distinguished only by Lydon’s trademark bark, now ossified into an unvarying wail, and lyrically usually fighting yesterday’s battles; avant-garde turned same-old.