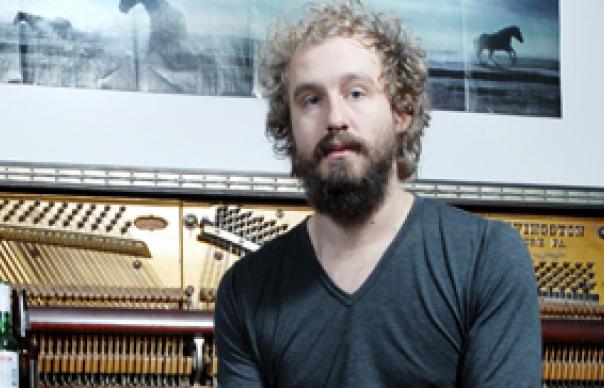 It’s ironic, not to mention strangely fitting, that this tribute to Willie Nelson is partly made up of other people’s songs. Aside from his reputation as composer and the coolest man in country, Nelson is best known as an interpreter of song, prone to plumbing the works of Hank Cochran, Merle Haggard, Hoagy Carmichael and myriad others. It’s no coincidence that two of his most celebrated albums, 1975’s Red-Headed Stranger and 1978’s Stardust, are mostly covers.

Brooklyn-based songwriter Matthew Houck (Phosphorescent to you and me) clearly understands Nelson’s motives, for this artful, understated record is deftly weighted between homage and reinvention. “Can I Sleep In Your Arms”, for instance, is recast as a forlorn winter hymn, a lone tambourine shucking behind the same Tabernacle harmonies that made Willie’s last LP, 2007’s Pride, such a treat.

Houck’s great trick here is nailing the weary sadness in Nelson’s songs, but with the same deceptively carefree gambol as Bonnie ‘Prince’ Billy when countrifying his catalogue for Greatest Palace Music. If it’s vocal comparisons you’re after, look no further than the forsaken tones of Will Oldham, or perhaps the humid whispers of Iron & Wine’s Sam Beam.
Houck is smart, too. There’s nothing too familiar here – no “Always On My Mind”, no “Blue Eyes Crying In The Rain”, nothing as crassly obvious as “Crazy” – which gives more room for manoeuvre.

Willie never sounded quite as ghostly as Houck does on the folky “Walkin’”, lent extra chilliness by Ricky Ray Jackson’s pedal steel. And if you love that gorgeous choral stuff that he does so well, then “Pick Up The Tempo” (Houck’s gentle overdubs set to plucked guitar) is the ticket. Of course, he can go a fair clip, too, bunkering down with a barrelhouse piano on “I Gotta Get Drunk” and twanging heavy on a fabulously expressive “The Party’s Over”. It’s earthy and it’s eloquent – no doubt Willie will approve.