PHOSPHORESCENT – HERE’S TO TALKING IT EASY 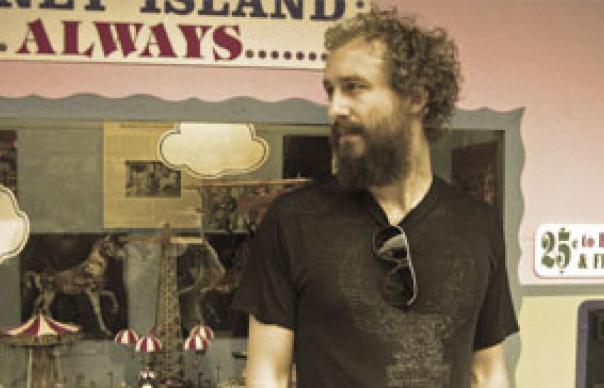 When Matthew Houck, the creative force behind Phosphorescent, released an album of Willie Nelson covers in February 2009, he can’t have guessed it would lead to him performing alongside his hero at Farm Aid later that same year.

But the bracing, brassy sound of To Willy showed Houck to be a man with real love and understanding of country music and Nelson was quick to embrace a kindred spirit. Being acknowledged by one of his musical heroes has clearly given Houck real confidence: his new album, Here’s To Talking It Easy, is a bold record steeped in the golden, rich sounds of classic rock and country.

Houck is a 30-year-old from Alabama, and has been recording as Phosphorescent since 2003. Here’s To Taking It Easy, his fifth album, duly reflects a sense of purpose in what he wants to achieve. The songs were recorded by Houck and band in three days, then he then took the tapes to his DIY studio in New York and tinkered, layered and dubbed for months until he successfully arrived at the classic 1970s rock sound he was aiming for.

The result is an album that echoes mid-1970s Dylan, Gram Parsons and Neil Young, and it begins with a swagger on “It’s Hard To Be Humble (When You’re From Alabama)”, a song that lives up to its eye-catching title in a swirl of Rolling Thunder pedal-steel and horn. It’s an impressive statement of intent, with Houck announcing, “I ain’t came to stand here for none of this bullshit, man/I came here to play…”

It’s great, but it was never obvious that Houck had this sort of album in him. His previous work, like 2005’s Aw Come, Aw Wry and 2007’s Pride, were engaging but introverted. Houck played and recorded all the instruments himself, and the results had more in common with classical music than country-rock, utilising atmospheric orchestration with slow, layered melodies and hymn-like singing.

The recruitment of a band to record To Willy helped Houck cut loose. He toured with Bon Iver and Akron/Family. By the time Phosphorescent played Farm Aid in October 2009, it made perfect sense for them to share a bill with Nelson, Neil Young and Wilco.

Houck says he sees albums as albums, not just collections of songs, and Here’s To Taking It Easy, duly is an artfully structured piece. So the vulnerable “The Mermaid Parade” is followed by brisk ode to defiance “I Don’t Care If There’s Cursing”, after which comes the semi-apologetic “Tell Me Baby (Have You Had Enough)”, although even here he seems to be issuing a challenge, daring his partner to walk away.

Like Neil Young, whose “Doom Trilogy” era albums this much resembles, Houck has a crack in his singing voice that gives it natural sensitivity. With the plangent pedal steel much in evidence, the album could be melancholy, but Houck’s arrangements ensure the mood is rousing, uplifting, but
also thoughtful.

The album closes with probably its best track, “Los Angeles”, a slow-burning and evocative masterpiece that sounds like a distant cousin of Young’s “Vampire Blues”. Meandering but never directionless, the driving interplay between guitar and piano and indistinct vocals make the listener feel like a semi-conscious passenger on a midnight drive down Sunset, half-listening to somebody else’s conversation.

The lyrics are evasive but the intent is unmistakable – “I ain’t come to Los Angeles just to die”, Houck sings. It’s the sort of defiant spirit that so impressed Willie Nelson. If there’s any justice, it should now impress many more people besides.
PETER WATTS