Peter Green: Man Of The World 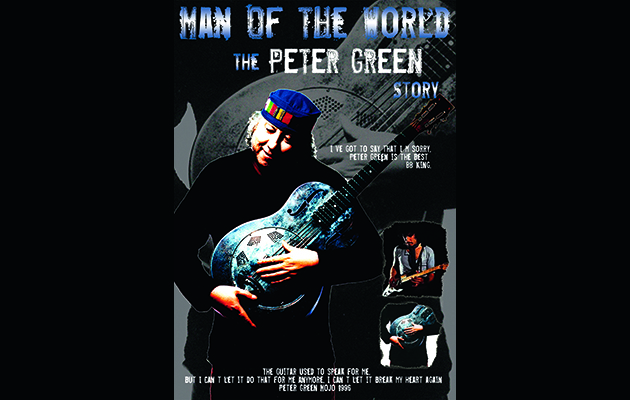 Revered by BB King, drafted in as Eric Clapton’s replacement in John Mayall’s Bluesbreakers – “this guy’s much better,” said Mayall – Peter Green was more than just a gifted guitar stylist. During Steve Graham’s two-hour documentary, made in 2007 and now being released on DVD and Blu-ray, Noel Gallagher bigs up the songwriting skills of the fellow who wrote “Man Of The World”, “Oh Well”, “Albatross” and “Black Magic Woman”, while Mick Fleetwood makes the case for his under-rated voice. Yet for all his talents, or perhaps because of them, Green’s has been a somewhat tortured existence.

This is a solid, no-frills telling of his story, pieced together mainly via talking heads, among them Fleetwood, Mayall, John McVie, Jeremy Spencer, Carlos Santana and Green’s two brothers. There’s also face time with a benign but foggy Green, as he revisits his family home in Bethnal Green, goes river fishing, and pores poignantly over old photos. “I’m not as good looking as that…”

As ever, the early years seem to have been the happiest. Forming Fleetwood Mac in 1967, Green led them from grass roots blues act to Top Of The Pops. Unwilling to become part of the “material orthodoxy he was rebelling against”, says manager Clifford Davis, the spiritually inquisitive Green grew fractious and disillusioned. The beautiful but terribly anxious “Man Of The World” was “his first cry for help”, according to journalist Keith Altham, but it wasn’t one the band picked up on. “I have regrets,” admits Fleetwood, sadly.

Turned on by Grateful Dead’s lysergic guru Owsley Stanley, in 1969, while in Munich, Green was drawn into the dark web of a moneyed, cultish, “acid-fuelled elitist commune” which, believe McVie and Fleetwood, had catastrophic effects on his psyche. “They stripped him of his personality, and he never really came back,” says Fleetwood. Green left Mac shortly afterwards and embarked on a solo career, increasingly ambushed by severe mental illness. He started eating with his hands; his fingernails grew to four inches. Diagnosed as schizophrenic – “I was having a lot of strange experiences inside my head” – he ended up in a psychiatric hospital, undergoing ECT treatment, and spent much of the 70s and 80s out of circulation.

It’s a sad tale, but there are moments of levity. We learn that “Black Magic Woman” was inspired by former girlfriend Sandra Elsdon, who helpfully points out that the “magic stick” in the song “was his cock”. Green has a mescaline inspired vision to send cheese and tomato sandwiches direct to victims of the Biafran famine, and later threatened to shoot his accountant for not giving away enough of his money. In the mid-nineties, somewhat restored, he began performing again, and has recorded several albums. Now 70, he’s been less active of late.

Thorough as it is, the film never solves the riddle of a unique talent dammed in midstream. “He could have been so much more,” says McVie. “He never quite understood the power of what he’d been handed.” Gnomic though he is, Green perhaps comes closest to providing illumination. “Whatever I’m expecting,” he says at one point, “it never arrives.”

EXTRAS: Half an hour of interview footage 5/10