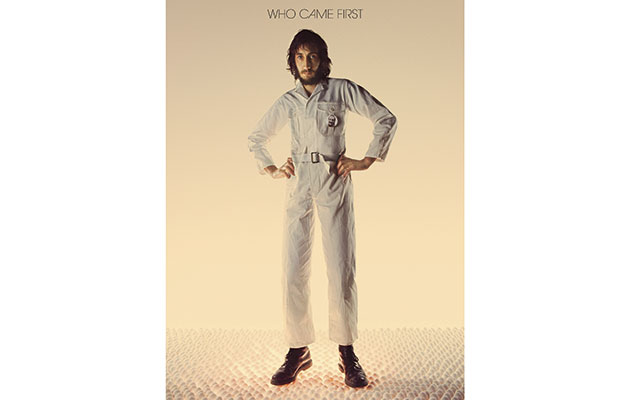 Sandwiched between Who’s Next and Quadrophenia on Pete Townshend’s timeline, this debut solo effort is partly comprised of demos dating from the recording of the first of those group albums, initially earmarked for the guitarist’s aborted “Lifehouse” project. Consequently, the record, though a modest success upon its release, retains the feel of a patchwork collection of loose ends, more folksy than his band ever were.

Were such things in existence at the time, it might feasibly have first seen the light of day as a bonus disc on a more cohesive, substantial release. The Who were arguably the first rock band to explore the financial possibilities of out-take material, a willingness to share works either in progress or abandoned, with the 1974 compilation Odds And Sods, but Who Came First nonetheless has enough merit to warrant its own entry in the Townshend canon.

“Pure And Easy” is distinguished by a gentle jangle and Pete’s plaintive yelp, but the rustic charm of the Ronnie Lane-penned “Evolution” finds him relinquishing the lead vocal mic to the Faces bassist, as a kind of curtain-raiser to their 1977 joint album Rough Mix. It may come across as a haphazard or scattergun offering, although it’s also refreshing that a musician of Townshend’s standing didn’t feel the need to make his first move beyond the group dynamic a headline-hungry grand statement.

As it stands, the record’s humble lack of intention (or pretention) proves to be its greatest strength. There are few things as tedious as a musician writing about how beset with misery his glamorous existence can be, but Towshend gets away with it on the jaunty and frivolous “Sheraton Gibson”, a cute snapshot of life as a long distance rock ‘n’ roller in another interchangeable hotel room.
Nods to his guru Meher Baba come in the form of the ponderous “Parvardigar” (based on Baba’s own “Universal Prayer”) and a strait-laced country cover of Jim Reeves’ “There’s A Heartache Following Me”, supposedly one of the spiritual man’s favourite songs.

It’s always been hard to argue a case for Who Came First as a substantial, pivotal work, despite how much this elaborate repackaging might have us believe; in truth it’s only appeared again because it was its turn in an ongoing reissue campaign, pegged to a neither-here-nor-there anniversary (it was 45 years old last year). However, as an illustration of Townshend’s maverick personality and clues as to where his head was at it’s still an intriguing listening experience, and is perhaps more significant in the context of today than it was when it first graced record racks.