The Modfather’s White Album – a sprawling set of folk, alt-rock, electronica and fusion 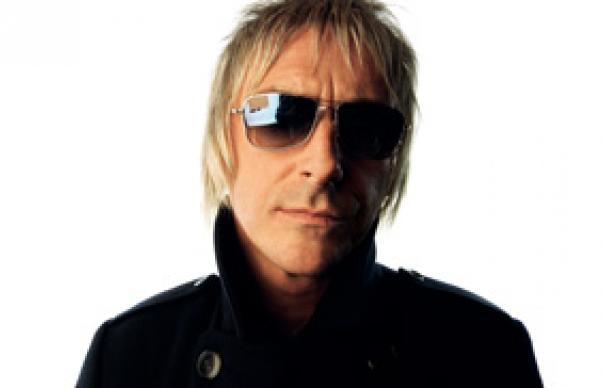 It’s a commonly held belief that Paul Weller’s every waking hour is soundtracked by a steady stream of Small Faces EPs and old Traffic albums. The reality is rather more complicated. Ask Weller what music he’s been listening to in the years approaching his 50th birthday and he will recount a list of CD acquisitions that would shame the most eclectic buyer.

You’ll hear him praising the pastoral English modernism of Vaughan Williams and William Walton, the lesser known works of Debussy and Ravel, the space-age jazz of Sun Ra and Alice Coltrane, the oddball medieval funk of hobo composer Moondog, the Rastafarian trance music of Cedric “Im” Brooks or the drone-laden avant rock of the first Velvet Underground album.

This leftfield playlist is not, in fairness, something that one may reasonably conclude from a cursory listen to much of his solo output – until now. 22 Dreams takes some of those arcane influences and pushes them through a distinctly Weller-ish filter. This is not an album by the Modfather, or the high priest of dadrock. This is an album by the Paul Weller who has spent much of the last 30 years straying outside his comfort zone, and this is his White Album, a sprawling, epic and compelling song-cycle that channels a century of influences into one exhausting 21-track album.

While 1997’s Heavy Soul may have flirted with zithers, harmoniums and sitars, Weller hasn’t released an album this adventurous in 20 years, when he signed the Style Council’s death warrant with Confessions Of A Pop Group. Widely ridiculed at the time (most memorably by Uncut’s Allan Jones in the Melody Maker, who compared Weller to “the slow kid in the class”), Confessions is, in retrospect, a curate’s egg that’s well worthy of reappraisal. Little effort was made at the time to satisfy the Weller loyalists who – horrified by the use of the Swingle Singers and the pastiches of Chick Corea, the Beach Boys and Erik Satie – quickly dumped the album in their nearest charity shop and deserted their idol for the best part of a decade. 22 Dreams, however, is rather more faithful to the Weller brand: tributes to Martin Denny, AMM and Alice Coltrane are mixed with more familiar Weller hallmarks – psych-rock nuggets, horn-heavy turbo punk and Nick Drake-ish folk-soul.

Much of the credit for this sonic adventurousness goes to producer Simon Dine, Weller’s old Mod pal from the cinematic funk outfit Noonday Underground. Dine’s recent work as the producer and co-writer behind Candie Payne’s 2007 retro-soul album I Wish I Could Have Loved You More might suggest that he’s a Mark Ronson-style pastiche merchant, but here he pushes Weller into more leftfield territory, getting him to improvise over various loops, samples and drones. Sometimes the results are modernist miniatures such as “111” (a BBC Radiophonic Workshop-style mix of rumbling bass clarinet, Mellotron drones and ghostly Mini Moogs, apparently inspired by the aforementioned AMM), or “Song For Alice” (a tribute to John Coltrane’s late widow that’s an ocean of sweeping piano, tamboura drones, hand percussion and muted trumpet).

On other tracks the experimental ideas sit alongside more familiar Weller-ish bombast: “Push It Along”, for instance, opens with a hypnotic marimba pattern that sounds like one of Carl Orff’s spooky Christmas carols before mutating into a copper-bottomed power-pop stomper. “It goes a bit atonal on the verse,” says Weller. “There’s a bit inspired by some Arabic poetry.”
There are several other excellent collaborations here that are as good as anything he’s ever done. “Black River”, the b-side to his Graham Coxon collaboration “This Old Town”, is one of Weller’s finest four minutes, a woozy Nick Drake shuffle that mutates into a “Park Life”-style cockernee knees up.

“Echoes Around The Sun”, Weller’s first co-write with Noel Gallagher, takes a dramatic two-note bassline that Gallagher couldn’t find a use for and turns it into an epic Bond theme, all backwards guitars and Bollywood strings. The title track, meanwhile, sees him team up with retro funksters Little Barrie to create one of his sharpest slices of horn-heavy pop-punk since the last days of The Jam.

For someone who has seems to have spent most of the past 15 years embracing rockism, 22 Dreams also sees Weller revisiting the R&B that has been sadly lacking from much of his solo work. “Empty Ring” is one of those big, string-laden blue-eyed soul belters – like “Luck”, “Headstart For Happiness” or “Changing Of The Guard” – that you’d often find hidden away on Style Council b-sides, as is “Cold Moments”, with its Motown bassline and Curtis Mayfield chords. It segues into a “Dark Pages Of September Lead To The New Leaves Of Spring”, a summery interlude that pitches up somewhere between the Beach Boys, Rotary Connection and the Pearl & Dean theme, all wordless vocals and lush woodwind.

Like the White Album, there are a couple of stinkers, though tellingly, they’re the most conservative efforts: the dreary “Why Walk When You Can Run” and “Invisible” (which sounds exactly like one of those piano ballad parodies that Hugh Laurie used to do on “A Bit Of Fry And Laurie”). Subtract these and you have something of a minor masterpiece – and easily Weller’s finest solo album to date.