Paul Simon – In The Blue Light

Gentrified re-readings of deep cuts from Simon's back catalogue 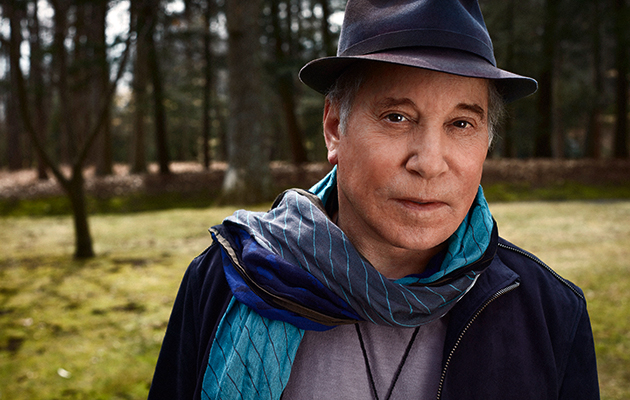 If you’re a recording artist, it’s likely that you have a problematic relationship with your back catalogue. Those hit songs that you wrote when you were in your teens or your twenties might become an albatross around your neck, something preventing you from moving on and exploring new territory, and it can sometimes take decades to come to terms with the fact that these are your legacy.

Since the millennium, a clutch of albums – Joni Mitchell’s Travelogue (2002), Kate Bush’s Director’s Cut (2011), Peter Gabriel’s New Blood (2011), Bryan Ferry’s The Jazz Age (2012) – have seen big stars revisiting their back catalogue in an unorthodox way, often ignoring the hits and choosing the deep cuts. In The Blue Light is Paul Simon’s contribution to this micro-genre, taking 10 quite obscure album tracks from the past 45 years and recontextualising them. “They’re refreshed,” he says, “like a new coat of paint on the walls of an old family home.”

A more complex function also emerges – that of finding a contemporary resonance for old lyrics. In recent concerts he has been reviving as an encore “American Tune”, his poignant meditation on national identity written after Richard Nixon’s 1972 electoral landslide (“my sore-loser song,” says Simon); the references to souls battered and dreams shattered now takes on a very new relevance in the Trump era.

Throughout In The Blue Light, there are similar lyrics here that seem to strike a latter-day relevance: the reference to the sights “that brought tears to their immigrant eyes” in “Rene And Georgette Magritte With Their Dog After The War”; the Latin émigré’s voyage in “The Teacher”; the coded references to racial profiling in “Pigs, Sheep And Wolves”; the ecological concerns raised in “Questions For The Angels”.

As with the aforementioned albums by Mitchell, Gabriel, et al, Simon chooses gentrified settings, relying on the accompaniment of the hip New York string section yMusic and a dozen high-end jazz musicians. Simon has often worked with expensive jazzers – a quick flick through his classic 70s and 80s LPs and you’ll see names like Bob James, David Sanborn, Jon Faddis and the Brecker Brothers recurring. However, where these names were previously used to provide high-end studio polish – turning his folksy, inward-looking Manhattan meditations into expansive West Coast yacht rock – here their function is to provide languor and depth, particularly to songs that make more sense coming from a world-weary 76-year-old Paul Simon rather than a thirty-something one.

The philosophical self-pity of “Some Folks’ Lives Roll Easy” was, on 1975’s Still Crazy After All These Years, an easy-going AOR ballad: here it’s transformed into a jazz fugue, with Sullivan Fortner providing an intense piano backing. “One Man’s Ceiling Is Another Man’s Floor” was, in the 1973 original, a good-natured shuffle: here it’s slowed down to a funereal blues which seems to emphasise the lyric’s hidden, unspoken narrative about domestic violence. On 1980’s One Trick Pony, “How The Heart Approaches What It Yearns” is a slick Laurel Canyon rock ballad in 6/8; here it’s transformed into a jazz standard, with Wynton Marsalis leading an all-star quintet.

Another function of these versions is to “de-Africanise” songs; uncovering songs that got lost behind the feverish rhythmic complexity of Simon’s post-Graceland settings. “Pigs, Sheep And Wolves”, a delicate piece of township jive on 2000’s You’re The One, is turned into a full-on New Orleans riot, with Marsalis leading a rambunctious Dixieland band. Likewise, on 1990’s Rhythm Of The Saints, “Can’t Run But” was a marimba epic about the paradoxes of development: here it’s turned into a neurotic piece of minimalism, arranged by Bryce Dressner from The National. The centrepiece of the album might be “Darling Lorraine” – on You’re The One this lengthy, episodic story of a marriage, from flirtation to widowhood, often seems to be hidden behind a wall of thumb pianos and jittery percussion. Here the story is given place to breathe, all brushed drums and the wobbly guitars of Bill Frisell. Frisell’s guitar seems to suit Simon’s lyrics perfectly; his twangy tremolo ekeing even more emotion from “Love”, and adding a woozy, dream-like quality to “Questions  For The Angels”.

Another song massively improved by these settings is “Rene And Georgette Magritte With Their Dog After The War”. On 1983’s Hearts And Bones it’s an odd 6/8 ballad set to a bubblegum rock ‘n’ roll backing; here the fluttering woodwind and sighing cellos help to tug at the heart strings. Weirdly, it’s actually closer to the unaccompanied guitar-and-voice demo version that showed up on a 2010 reissue of the LP – which suggests that this is how Paul Simon originally envisaged the song when he wrote it. In The Blue Light might thus be a rather tardy, and expensive, way of going with his initial instincts.