100 years on, Welles continues to confound 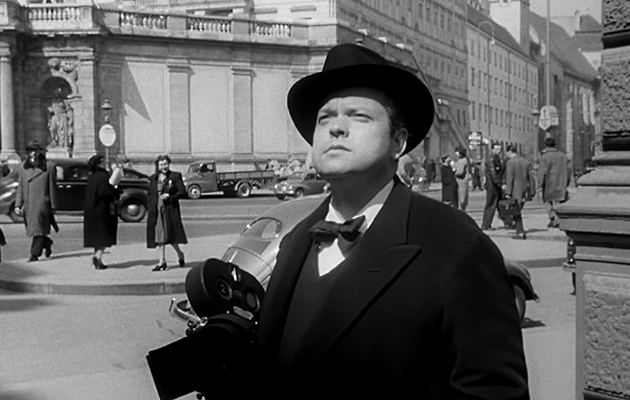 May 2015 marked the 100th anniversary of Orson Welles’s birth, prompting a flurry of releases. For a man whose legacy is so vast and rich, yet simultaneously so scrappy and impoverished, and so misunderstood, it’s inevitable these centennial tributes have been scattered and of variable worth.

Last month, the Mr Bongo label issued a fantastic trio: Chimes At Midnight, a Blu-Ray restoration of Welles’s (anyone’s) greatest Shakespeare adaptation; The Immortal Story, the first UK DVD for the last fiction Welles released, a beautiful miniature that sees obsessions that nagged him since Citizen Kane refined to their essence; and Too Much Johnson, a movie Welles made before he made movies, originally designed to be screened during a 1938 theatre production, but which, riffing on silent cinema tropes, shows him already both naively in love with film and mischievously self-aware – already Welles. (This immaculate footage had been thought lost until its rediscovery in 2008.)

Equally worthwhile is the BFI’s beautifully restored Around The World, a series of six playful little home-movie style travel essays Welles made for British TV in 1955. The big draw is the inclusion of “The Third Man In Vienna,” an episode thought lost for decades. It’s not the best of the series – that has to be the programme exploring the lost beatnik world of Paris’s St Germain-des-Pres – but it’s to be savoured for the passage in which Welles simply purrs the luxurious names of Viennese cakes, while his camera drools over them.

The biggest event, however, has been the most disappointing: Magician: The Astonishing Life And Work Of Orson Welles a new documentary by Chuck Workman. Content to take a “career highlights” approach, the bare skeleton of Welles’s trajectory – or at least its most widely accepted version – gets sketched out in telegraph form, just: child genius; theatre genius; War Of The Worlds; Citizen Kane; long “decline” doing all that weird work that’s difficult to get a handle on. But that’s about it.

The problem isn’t that there’s nothing new, but that, aside from running together (great) clips, Workman has nothing to say, or suggest, about any of it. We’re left with a documentary that resembles a Jive Bunny megamix of DVD extras. For newcomers, it will be almost incomprehensible. (The most frustrating thing is that Workman’s redundant film plunders freely from the greatest film ever made about Welles: the delightful, genuinely astonishing three-hour interview Leslie Megahey conducted for the BBC’s Arena in 1982.)

The greatest “centennial” event is still to come: the promised completion and release of Welles’s legendary final film, The Other Side Of The Wind, which has languished in legal hell since 1976. It stands closer than ever to being released, but we’re not there yet. The plan was to have it out for his anniversary. Now the estimate is 2016. Maybe. 100 years on, we’re still trying to catch up with him.