Oasis – Dig Out Your Soul 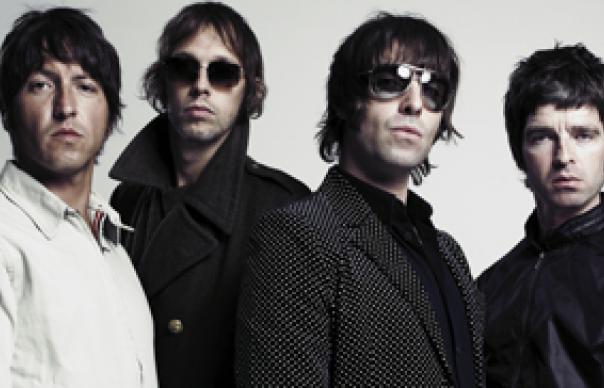 Oasis and their audience seem to have agreed to not grow up together. The band was founded on an ideal of rock and roll as the coked-up, cocksure arrogance of lads on the Saturday night lash, and though Noel Gallagher has enrolled in the dadrock school of songcraft and Liam has written the odd number for his kids, it’s hard to say in 15 odd years they’ve ever seen much point in looking any further. Yet the lads and ladettes who swayed and brayed along at Knebworth must be deep into their thirties by now. Are these teary, bleary closing-time anthems about booze and fags enough to see them through middle age?

News that tickets for Oasis’ entire tour sold out in less than an hour – in your face, Michael Eavis – suggests they may be, being just the latest testament to the remarkable, enduring devotion of their fans. Such loyalty can seem strange. The acts who span the decades are usually those that somehow soundtrack their audience’s lives – think how far Paul Weller fans, for example, have travelled with him since they first donned their parkas in the fourth form.

But why bother with maturity? When Liam leers “Love is a time machiiiiine” on “The Shock of the Lightning”, the first single from Oasis’ seventh album, it’s almost as though the act keeping faith with your teenage passions could keep you young. The song is the first sign of a change of tack in the Gallagher camp. After the well-tempered Kinksy refinement of 2005’s Don’t Believe The Truth, Noel has talked about getting back to a groove rather than classic rock pastiche, and to be honest, it’s a welcome move. Despite their Merseybeat pretensions (and DOYS inevitably comes replete with references to “magical mysteries”, revolutions in the head, and even samples of John Lennon interviews), Oasis were never convincing as the Manc Beatles, but were far better as some kind of Burnage Stooges – heroically moronic products of post-industrial, suburban boredom, welding together secondhand riffs like used-car salesman, with idiot-savant frontmen daring the crowd to make something of it.

The first half of DOYS goes some way to making good on that promise, and may be the most thrilling half hour of music they’ve mustered since their second album. “Bag It Up” could be a sequel to the Fall’s take on “Mr Pharmacist” – a ramshackle speedfreak racket, Liam taking refuge from “the freaks coming up through the floor” with his “heebeegeebies in a little bag”. Both “The Turning” and “Waiting For The Rapture” ride along on grinding monotone riffs, pitched somewhere between the blunt frustration of “Raw Power” and the desperation of “Gimme Shelter”. Running straight into the short, sharp “Shock of the Lightning”, this is a terrific sequence – urgent, wired, alive for the first time in ages.

Even the interruption of one of Liam’s Lennonballads isn’t unwelcome. “I’m Outta Time” is lovely, right down to its impeccably George Harrison guitar solo – and once again seems to be about the disenchantments of growing old. “Y’know, It’s getting harder to fly” sings Liam with unaccustomed modesty. “If I were to fall, would you be there to applaud?”

“(Get Off Your) High Horse Lady” is a pretty funny title and not much more, but it gives us a breather before “Falling Down”, which implausibly enough, this late in the day, is one of the best songs Noel’s ever written. Riding along on a downbeat echo of that “Tomorrow Never Knows” drum break, Noel complains of trying to talk to God to no avail, as the sun comes down on all he knows. “We live a dying dream, if you know what I mean,.” And for once you kind of do. Turns out we’re not going to Live Forever after all.

It’s a brilliant closing track. But unfortunately, Dig Out Your Soul is not over yet by a long way. It’s almost as though, feeling pretty pleased with himself, Noel has taken the afternoon off and let the rest of the band finish the record. And so we have to deal with: “To Be Where There’s Life” – a sub-Heavy Stereo stewed psychedelic blues jam from Gem that gives the album its title; “Ain’t Got Nothing” – a self-explanatory squib from Liam; the Rutles raga of Andy Bell‘s “The Nature of Reality” (it’s “pure subjective fantasy,” in case you were wondering, epistemology fans) and then the closing track, another Liam contribution, “Soldier On”. In a way the song seems like a strange echo of the Stone Roses “Fools Gold” – the original stoned scally, baggy odyssey – except now 20 years on, drained of every ounce of funk or idealism, the quest has been reduced to a dire, joyless test of endurance, of keeping, on keeping on.

It’s an uninspiring ending to a record that it’s best faces up to some pretty downbeat truths and thus seems to fit right into the current national mood. But is this really what we want from Oasis?

It may be that the genre they really fit into is the terrace anthem. They made their name with songs to sing when you were winning, when you were young and it didn’t take much more than cigarettes and alcohol to make you feel like you were a rock and roll star. Like New Labour, they’ve benefited from the good fortune of ten years of relative plenty. But really, the great football songs are the ones you sing when you’re losing – when you’re relegated to the third division, or you’ve been twatted at home by United or your club’s been taken over by criminal plutocrats. They’re songs that give you heart, in spite of it all – “I’m Forever Blowing Bubbles”, “Blue Moon”, “You’ll Never Walk Alone”. As their audience slump into middle age, and recession looms, when folk might lose their homes, their jobs and more, it may be that Oasis’s biggest challenge is to give their audience something to sing along to when there’s not much else else to shout about. Are they up to it? Are they still mad for it?