The album that spray-painted the mainstream, now expanded to five discs... 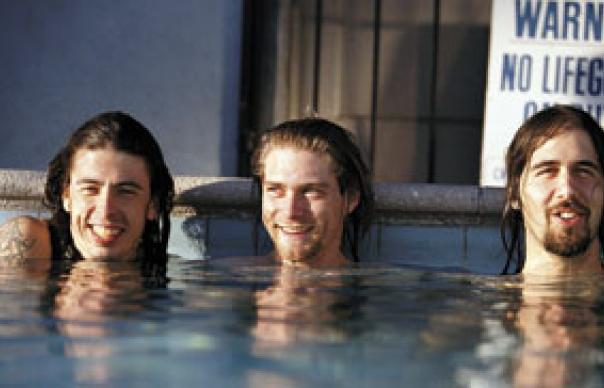 It’s 1991, and the eyes of the alternative community are fixed on a rock band from the Seattle area that have just left their label, Sub Pop, to ink with a major. As it turns out, though, it is not grunge heavyweights Tad who crack the mainstream, but their recent European tour support – a young band from Aberdeen, Washington called Nirvana.

In April 1990, Nirvana went into Smart Studios in Wisconsin with producer Butch Vig, where they debuted a new clutch of songs that replaced the Melvins-inherited punk sludge of debut album Bleach with a new, infectious sound. The band shopped the sessions around and following a recommendation from Sonic Youth’s Kim Gordon, Geffen stepped in to buy them out of their Sub Pop contract. With that, Kurt Cobain, who’d hung with riot grrrls in Olympia, who idolised obscure groups like Vaselines and the Meat Puppets, was frontman of a major-label rock band.

You know the rest, of course: a Faustian fable for the alternative age, the tale of a punk-rock group seized by the ambition to crack the glass ceiling, but once up there, stricken nauseous by vertigo. Nevermind may not be Nirvana’s most representative album, or even their best – arguably In Utero is their best synthesis of noisy abrasion and artistic vision – but it is hard to think of a record that better captures the adolescent experience.

“Smells Like Teen Spirit” and “In Bloom” take the Pixies’ quiet-loud lurch and render it as hormonal temper tantrums, sluggish verses giving way to choruses of inchoate rage. Cobain’s lyrics, cut-up poetry sourced from his diaries, often read like gobbledegook, but the chaotic imagery, their blend of nihilism and sincerity, somehow captures something quintessentially teenage. “A mullato/An albino/A mosquito/My libido” may be literally meaningless, but delivered in Cobain’s throat-shredding howl, it has an immense power, nailing that sensation of being pissed off but unable to articulate exactly why.

When Nevermind rocks, it does so extremely, “Territorial Pissings” and “Breed” showcasing Dave Grohl’s savage drumming and Krist Novoselic’s stringy, limber bass. Notably, though, it is here that Cobain realises his strengths as a songwriter. “Drain You” is an example of taut, harmonic pop songcraft as well-constructed as anything on, say, Meet The Beatles; here, though, love is depicted as a sort of laboratory coupling, two parasites locked in symbiotic embrace: “Chew your meat for you/Pass it back and forth/In a passionate kiss/From my mouth to yours”. “Polly” and “Something In The Way”, meanwhile, wrap up each side acoustically, early glimpses of the grunge Leadbelly we’d later meet on Unplugged In New York.

Much of Nevermind’s success was surely thanks to its production. Butch Vig had heavy form, having produced Killdozer and Urge Overkill. But Nevermind was a far cry from Bleach (recorded, as its sleeve commemorated, for $606.17). Featuring overdubs and double-tracked vocals, Grohl’s drums augmented by snare samples added by mixer Andy Wallace, Nevermind sounded glossy, modern. The band were in two minds: Cobain claimed it sounded “closer to a Mötley Crüe record” than a punk record, but with the benefit of hindsight, Nevermind’s mix of cleanness and feedback, compression and distortion, was key to its success. It may have been a Faustian bargain, but ultimately, unquestionably, Nirvana got what they paid for.

Whether the listener gets what they pay for with the new Deluxe Edition 4CD/1DVD box, retailing for in the region of £80, is a moot point. The last large-scale Nirvana reissue, 2004’s With The Lights Out, had the occasional feel of a barrel-scraping, and this is little different. New are a handful of takes from the pre-Geffen Smart Studios sessions, some largely worthless “Boombox Demos”, and a couple of BBC session tracks, notably an excellent, electric “Something In The Way”. One CD and a DVD collects a gig from Seattle’s Paramount Theatre, but the carrot here is The Devonshire Mixes, which restores Butch Vig’s initial mix before Geffen commissioned Andy Wallace to spritz it further. Vig’s mix lacks some of Wallace’s more artificial-sounding drum samples, feeling grittier, less defined. There are a few plain differences – the “Territorial Pissings” is notably harsher, excising Novoselic’s opening holler and replacing the middle-eight with something more brutally skronky.

Ultimately, though, little to justify the hefty pricetag. Sad to say it, but that cover of the baby grasping for a floating dollar is starting to look strangely prescient.
Louis Pattison