Nick Lowe – Quality Street: A Seasonal Selection for All the Family

Ol’ Saint Nick, playful pop alchemy, and the retro-reinvention of the Christmas album... 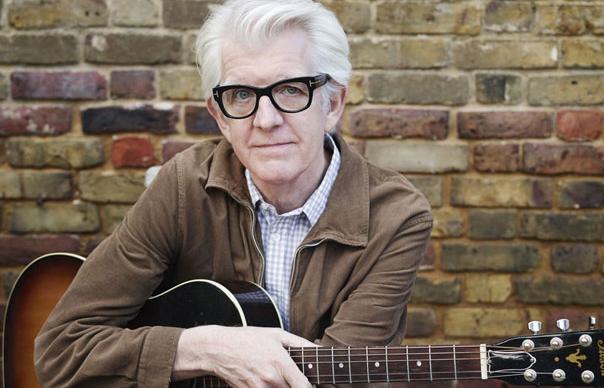 Ol’ Saint Nick, playful pop alchemy, and the retro-reinvention of the Christmas album…

“It’s an enormous amount of work to make a song sound like you’ve just knocked it off,” Nick Lowe announced in a recent interview, but that’s just what he’s been achieving regularly in his second life (third? fourth?), which began—post-Brinsleys, post-Rockpile—with 1994’s Impossible Bird. Here, Lowe extends that streak with a shocking dalliance, bringing his considerably clever muse, legendary distaste for the staid and conventional, and deep musical roots in pre-Beatles pop, torch balladry, C&W, rockabilly, R&B, soul, and ska styles to bear on a dozen lively, entertaining musings on the yuletide season.

Lowe, pub-rocker supreme whose sly songwriting (the eternal “(What’s So Funny ‘Bout) Peace, Love, and Understanding”) and deft, timely production work (the Damned, Elvis Costello) vaulted him into major-player status in the ‘80s, would seem to be a candidate least-likely for this. Keith Urban, Carrie Underwood — contemporary country stars looking for some seasonal product — now they’re ripe for some traditional musical Christmas output.

But Lowe is anything but a traditionalist here, successfully eluding formulae and cliché, gliding through a time tunnel of sorts back to the late ‘50s/early ‘60s. Christmas-themed pop culture reached an apex then — think Johnny Preston’s “Rock & Roll Guitar” or Chuck Berry’s immortal “Run Rudolph Run” — Baby Boomer kids and Camelot adults alike luxuriating, it seems anyhow, amid a sense of wonder and wide-eyed optimism. Joyous, open-hearted, pre-cynical—that’s the feel Lowe reaches for, and largely achieves.

Playfulness is foremost from the get-go, on “Children Go Where I Send Thee,” a revved-up African call-and-response spiritual that threatens to careen out of control. “The North Pole Express” plucked from an obscure ‘60s kids’ 45 by the Caroleers, hot-rodded with a heavy rockabilly beat, chugging railroad rhythms, and a wry Lowe vocal, is magical. On “Hooves On The Roof,” a snappy, jazzy number written by Ron Sexsmith, Lowe delivers the vocal coffeehouse Beat style, amid some whirring, reindeer-landing sound effects.

Lowe channels his inner Bing Crosby on “Christmas Can’t Be Far Away”, a Boudleaux Bryant song associated with country star Eddy Arnold. A delightfully odd choice, Roger Miller’s “Old Toy Trains”, follows a similar tack. Its gentle cadence, capturing a parent’s wellspring of love, is almost unbearably touching, overly sentimental and all the better for it, showcasing a tender, nuanced vocal (Lowe the singer has come quite a ways since his Rockpile days). Also, it suggests a Nick Lowe album of all Roger Miller songs would be a wonder to behold.

As “Old Toy Train” comments on the specter of Christmas for adults, two Lowe originals, “Christmas At The Airport” and “A Dollar Short Of Happy” hint at the darker side of the season, zeroing in on time and money, mortal enemies of Christmas fun. “Don’t save me any turkey,” he snarks in the former, amid a breezy, old-style elevator music tune, “I found a burger in a bin.”

Saving the best for last, “Silent Night” is the album’s one plausible concession to traditional Christmas fare. Yet with its skipping rhythms, upbeat scratchy guitars, and a horn-laden, Skatalites-in-New Orleans arrangement, this is not your ma and pa’s “Silent Night”. Even better is an ingenious retooling of Wizard’s “I Wish It Could Be Christmas Every Day”. Stripping the 1973 original of its lavishly glam, Spectorian Wall of Sound, Lowe’s take revolves around chiming guitars, upbeat country vocals, and a pulsing, percussive organ figure — like the Sir Douglas Quintet spreading Christmas cheer circa 1965.
Luke Torn

Q&A
Nick Lowe
Why a Christmas record, Nick?
I got a call from Yep Roc, who asked if I fancied doing this. My initial reaction was rather snooty and quite negative. I didn’t want to soil my reputation. It was those very sort of unworthy thoughts that made me suddenly change my mind and reconsider. I thought ‘bollocks to all that,’ this could be really good fun.

What was Christmas like when you were a kid?
My dad was in the RAF, so we moved a lot. We just about spent two Christmases in any one place, generally one. There was never anything constant in my Christmas memories. I remember really good food, as my mother was a wonderful cook. And the music we played, well, Bing Crosby was sound of our Christmases. And the Christmas Carol Service from the King’s College Cambridge. That was about it.

“Silent Night” is your one concession to tradition here.
It’s such a great tune, a fantastic tune. The sign of a great tune is that it can be treated in almost any old way. I really like that treatment we got—it’s the sort of music that defies description. It’s a little ska thing, sort of bluebeat bass. It’s got an R&B thing as well.
INTERVIEW: LUKE TORN