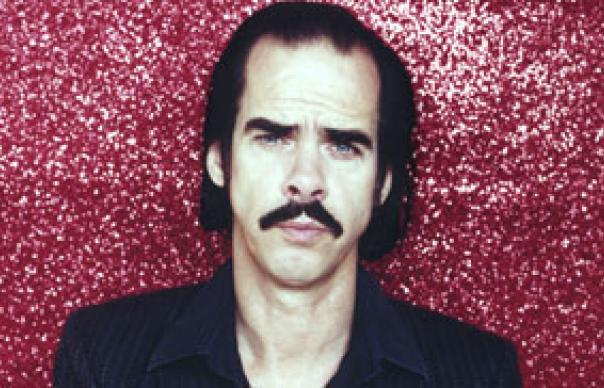 Nick Cave may not see it this way, but his recent work seems to have been constructed as a reaction to The Boatman’s Call, a beautiful, confessional record on which the writer failed to erect a protective screen between his emotions and the listener.
He only made that mistake once. Subsequent albums saw the re-mergence of Cave the storyteller, and the nagging sense that, sometimes, too much care had been taken. Then he and selected Bad Seeds coughed up Grinderman, a sonic hairball which abandoned preciousness in favour of growing old disgracefully. It felt like liberation.

The three exclamation marks in Dig, Lazarus, Dig!!! are evidence that the spirit of Grinderman remains, but this is no lazy jam. Listen to the Bad Seeds on “Hold On To Yourself” – Bonanza twanging, shuffling rhythms, seagull squawks – and it’s plain that their musical inventiveness is highly disciplined. The band has never sounded better, and Cave seems to have relaxed into the hysteria of his vocal style; like Elmer Gantry singing Leonard Cohen at a tent-revival.

What it’s about? The title track brilliantly repositions the myth of Lazarus in the moral swamp of 1970s New York; with the Bad Seeds coming on like the Stooges after a funk injection, while “Moonland” is a Taxi Driver narrative with a man behind the wheel in lonely rage. “Albert Goes West” is a report of a psychotic episode which manages to rhyme “vulva” with “sucking a revolver”. “We Call Upon the Author” is Cave addressing God, and chiding those who ask him to explain his songs. “I go guruing down the street,” he wails, “Young people gather round my feet/Ask me things – but I don’t know where to start.”

He’s lying, obviously. He could tell, but won’t. And why should he, when his writing is as deft and playful as this? Sincerity’s not in it, and suddenly that seems like a good thing.

UNCUT: How does this relate to the Abattoir Blues/Lyre of Orpheus album?
NICK CAVE: “There was a similar process as to the last Bad Seeds record, but we tried to step away from the very cluttered sound. Perhaps cluttered is the wrong word, but this record has a very particular sound, very different from the Bad Seeds of the past. It feels to me very much like we’ve moved ahead and gone somewhere else.”

What effect has your Grinderman project had on the new Bad Seeds album?
Cave: “Well it’s the same people, so Grinderman is in there. Grinderman is sort of viral, and I guess the Bad Seeds have been contaminated somewhat, for better or worse. Not that this record sounds anything like Grinderman but it’s certainly a long way from the
broody ballad. And there is some of the sonic disarray that Grinderman were working at.”
INTERVIEW: STEPHEN DALTON