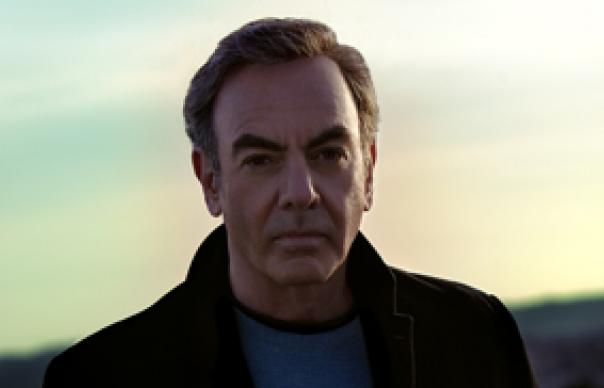 Rick Rubin has worn many hats, not all of them Stetsons, but as far as Neil Diamond is concerned, the producer is defined by the American Recordings series he made with Johnny Cash. Rubin’s favour to Cash – other than proffering to him several songs he could conceivably never have heard otherwise – was the simplicity of the production. Nothing got in the way of the voice.

Rubin’s first collaboration with Diamond, 12 Songs, was a similar act of liberation, freeing a great writer from a life of cheese, and – by persuading him to pick up the guitar – reintroducing the intimacy of his earlier work. Vocally, Diamond is less broken than Cash was at the end, but he has a similar aura. When he sings, he declaims. Even at his most conversational, he’s rarely without that thrilling sense of self-importance.

On ‘Home Before Dark’, the regular Rubin collaborators – guitarist Mike Campbell, keyboardist Benmont Tench, bassist/acoustic guitarist Smokey Hormel – are joined by Matt Sweeney on guitar. At times, the writing is bolder. Occasionally, the boldness misfires. The single, “Pretty Amazing Grace”, has an uncharacteristically clumsy lyric, and matters of faith are better dealt with on “Whose Hands Are These” and “Don’t Go There”. Dixie Chick Natalie Maines duets to good effect on “Another Day (That Time Forget)”, and the title track finds “Diamond” contemplating sundown in a melancholic mood.

Some of it is as good as anything Diamond has done. “If I Don’t See You Again” is a monstrously powerful love song, perfectly embodying the singer’s tone of wounded boastfulness. Yet there are moments in the ebb and flow of the other songs, between the dread and the hurt, where Diamond seems to be straining at the leash, aiming for the epic, and all that Rubin can offer him is a nasty piano sound. Perhaps its time for the singer to take charge again. Enough politeness already, Rick, bring in the strings! Let the singer bleed!