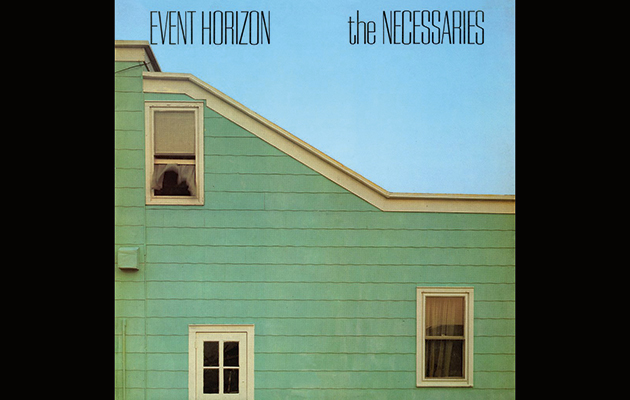 Obscure in his lifetime, the last 15 years or so have seen the work of the late New York composer and producer Arthur Russell elevated to the status of godhead. Among his many notable qualities, Russell had range – a raft of reissues has uncovered phenomenal ground, from the limber mutant disco of Loose Joints and Dinosaur L to the avant-garde cello experiments of World Of Echo to the more traditional singer-songwriter moves uncovered on Love Is Overtaking Me. Yet amazingly, there are still corners of Russell’s oeuvre that remain little documented, and The Necessaries is one of  those corners.

Formed in 1978 from the ranks of Downtown ensemble The Flying Hearts, The Necessaries were very much a band of their times. Their sound – a sleek, melodic take on new wave –  was largely the design of founder and frontman Ed Tomney, and Russell entered the band on cello and keyboards at the suggestion of the group’s bassist, Ernie Brooks, formerly of the Modern Lovers. The group released two  records on Sire, 1981’s Big Sky and 1982’s Event Horizon – the latter a rejigged version of their debut with a few Russell originals. But the confines of a touring rock band proved too limiting for the mercurial Russell, and by the release of the latter he’d jumped ship. One day in spring 1981, the band were driving to Washington DC when they hit traffic at the Holland Tunnel. Seemingly on a whim, Russell grabbed his cello, opened the door, and fled.

Without Arthur Russell, The Necessaries would have been a solid powerpop ensemble –  a little Talking Heads, a little Cheap Trick, with subtle but nagging melodies and a likeable bounce to their rhythms. But spin Event Horizon and you can hear Russell actively nudging the group towards the margins. “Everyone wanted to make a commercial record, and Arthur was the curmudgeon, the anti-guy,” remembered producer Bob Blank in Tim Lawrence’s Russell biography Hold On To Your Dreams: Arthur Russell And The Downtown Music Scene. “He totally knew what to do musically, and then he would deliberately put people in an awkward position and make them claw their way out.”

The Russell-led songs are gentle and melodic and delightfully strange: “More Real”, a lovely, tumbling psychedelic pop that takes unexpected left turns throughout its three slender minutes; or “The Finish Line”, a delicious oceanic funk that foregrounds Russell’s fluttering vocal. Other highlights come with wistful “Driving And Talking At The Same Time” and “Sahara”, featuring another overlooked Downtown luminary, Peter Zummo, on trombone.

It did nothing at the time, but it’s hardly surprising this gentle, quirky, smart music is still winning admirers. “When I listen to Event Horizon, I marvel that it isn’t one of the most influential records in rock music,” Andrew Savage of Parquet Courts told The Guardian last year. The good news is, there’s still time.