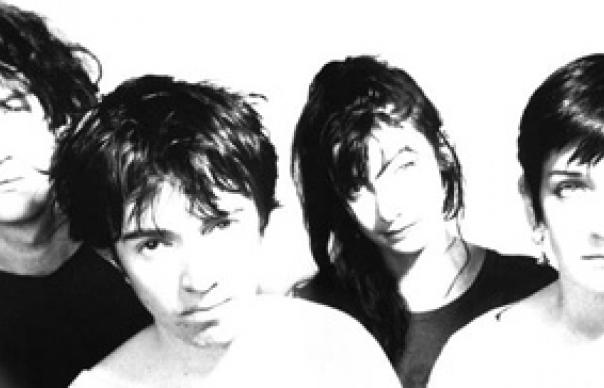 By the end of 1991 the possibilities for British music seemed boundless. Released within six months, by groups commonly dismissed as idlers, chancers or neurotically perfectionist procrastinators, Massive Attack‘s Blue Lines, Primal Scream‘s Screamadelica and My Bloody Valentine‘s Loveless suddenly seemed abundant proof of an unlikely renaissance. 17 years later you might wonder where exactly it all went wrong. Nevertheless, all three groups, by now venerable institutions, coincidentally return this summer: Massive to curate Meltdown, the Scream with another album of midlife krautrock – but all anyone seems to be talking about is the return of My Bloody Valentine.

Is this all just a lesson in the artful cultivation of mystique? Many 30/40somethings seem keen to stoke the myth of Shields as their generation’s Brian Wilson, a fearless sonic adventurer who pushed too far, too soon and burnt out.

But by many accounts – including Shields himself, who blamed “mental illness” for the long absence, but didn’t specify whose – the chief casualties of My Bloody Valentine’s creative block were the prematurely grey, psychologically shattered studio hands and label staff who had to deal with their cosmic intransigence. And Shields might add that he never really went away, just majorly lost the creative plot for a decade or so, opting to muddle along as a remixer, producer and occasional hired musician rather than release some half-hearted contractual obligation into a world already full of them.

So maybe it really is all about the music, and a humble sense of quality control. Ahead of the band’s reformation this summer, newly remastered editions of their two albums proper provides a fresh opportunity to work out just why, of all the bands to shamble, jangle and swoon their way through the tail of the 80s and into the 90s, MBV have proved the most original, enduring and revered.

The remasters are due to be released with extensive sleevenotes from Shields detailing the practical rationale, but, in typical style, they have yet to arrive. So you’ll have to imagine the relish he felt refining and redefining recordings that prompted early listeners to question whether their vinyl was warped or their record player drunk. Such is his delight in the task, he has actually produced two versions of Loveless – one from a combination of DAT and analogue, and one solely from the original analogue tapes. I can only take this as Kevin’s invitation to play both discs simultaneously, ideally running microsonically in and out of sync. If you also set up the vinyl edition for some genuinely 3D phasing, you could doubtless provoke a minor seismic disturbance, a rift in the soniferous aether, or at the very least, a really colourful migraine.

You’ll have to wait for Shields own take for the precise details, but what’s obvious to even the cloth-eared is that both albums sound uncannily fresh: the audio equivalent of some old master – in this case a de Kooning or Pollock – restored to the vivid, vibrant initial imagining. On the analogue edition of Loveless, particularly, it feels like you can pick out the “brushstrokes” – individual drones and strums – within what seemed a fine mist of feedback.

Listened to side by side, you can also hear the huge strides the band made between records. The single “You Made Me Realise” in the summer of 1988 was the first from-the-blue thunderbolt to suggest that something was up with a group previously dismissed as sour goths and lazy janglers. But Isn’t Anything, release later that year, exceeded all expectations. In rock algebra you might deduce that they’d worked out some new equation involving the barbed languor of the Mary Chain, the speedfreak urgency of Sonic Youth, and a dash of the Vaselines‘ sauce – but none of that accounts for the savagely sensual results. It was as though a lovechild of some 1975 one-night stand between Metal Machine Music and Another Green World had finally come of age.

It now seems almost quaint to think of a two-year recording session as an epic gestation (though admittedly it was a tad longer than the five days McGee had hoped for), but in the time between Isn’t Anything and Loveless, an entire subculture of imitation and expectation flourished around the band.

Trailed by the locked-groove clang and coo of “Soon”, and the “To Here Knows When”, Loveless almost felt like an anti-climax at the time, but is now regularly hailed as the rock record of the decade, an influence to this day, finally reaching the daft heart of the mainstream via the new Coldplay album. After all this time, it certainly still feels like the last real sonic innovation in indie rock, a deconstruction of rock’s riffing presence into an intimately immense, roiling colour field – a ne plus ultra of a certain kind of rock as much as Rothko was to a certain kind of painting.

Appropriately enough, the Rothko comparison is made by Patti Smith, describing the dense sea through which “the passenger M.” – her friend, photographer Robert Mapplethorpe – passes, starsailing on one last cruise to see the southern cross before his death, in her poetic requiem The Coral Sea.

On this double disc set, comprising two shows at the Royal Festival Hall in 2005 and 2006, Shields performs the whole elemental range, with a series of guitars tuned and distorted to sound like church organs, harmoniums, ocean rain, churning waves, buzzing jungles and thunderstorms. It’s a stunning performance, drawing fire from Smith’s stentorian performance, providing the ballast for the voyage of her Rimbaudian drunken boat.

Smith once remarked that Tom Verlaine played guitar “like a thousand bluebirds screaming”, and you wonder what she would dream up for Shields on this form. A squadron of hummingbirds? The charred calm following the firebombing of Dresden? The lovesick shrieks of pterodactyls? A Debussy symphony haunting a steel mill? Whatever your sonic cathedral of choice, on this evidence, if My Bloody Valentine ever do get round to making that difficult third album, we’re in for a treat.
STEPHEN TROUSSÉ