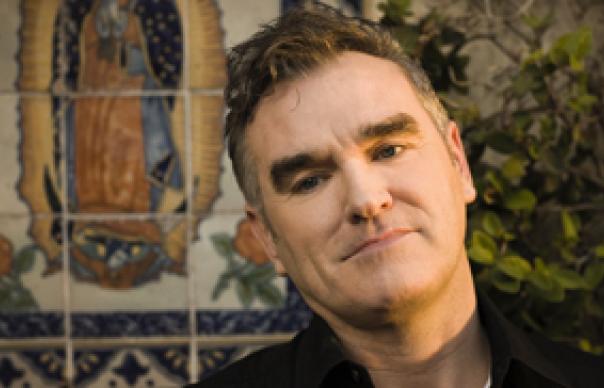 This LP, the third studio album since strong>Morrissey began his near-miraculous recovery from commercial and critical oblivion with 2004’s You Are The Quarry, was always going to be a bit tricky. Quarry… reminded us that he is still capable of marvellous song-writing, as well as providing him with his first ever million-seller, solo or otherwise. 2005’s Live At Earls Court allowed him to reclaim his past – and especially his past in The Smiths – without appearing like The Human League or Tony Hadley on one of those I ? The ’80s tours. And Ringleader Of The Tormentors, with its tantalising glimpses of love found and celibacy abandoned (“explosive kegs between my legs!” – ooh matron!) was, after two decades of smokescreen and hairshirt, both revelatory and winningly upbeat. In a little less than two years, Morrissey had engineered one of music’s great resurrections.

After that fabulous piece of Lazarus-meets-Liberace hoopla, the build-up to Years Of Refusal has been inevitably accompanied by a certain amount of “what next?” angst. And Moz himself may well have been disquieted by another dawning realisation. Many of his heroes – Joe Orton, Billy Fury, Oscar Wilde, James Dean, Elvis – did their best work young, then slipped away before the passing years took their inevitable toll. But a vegetarian lifestyle, and a robust Irish constitution, have thankfully denied our man any such get-out. By the time he tours this new album in the summer, Steven Patrick Morrissey will be 50…

So, how’s he coped? Very well, in truth. Years Of Refusal is an excellent album. Not an excellent “rock album”, or an excellent “pop album”, but an excellent Morrissey album. It’s a distinction worth making because these days Moz’s appeal is confined, surely, to his large and unswerving horde of adherents. He’s unlikely to attract new fans, but still has more than enough devotees to sustain him artistically and to keep the wolf a very healthy distance from the door. It’s an enviable position for an artist to occupy and a really simple deal: Morrissey makes decent Moz disc (none of that self-parody nonsense like Kill Uncle or Maladjusted, the 1999 clunker that almost blew the whole arrangement) and his gang will adore him forever. The faithful (though they might gripe about the paltry ration of just nine new songs) will be largely delighted with this latest offering.

To details. Years Of Refusal looks both back and forward. Produced in LA by pop-punk pioneer Jerry Finn (who died soon after the sessions) it’s a souped-up revision of the arena-ready rock sound he cooked up for …Quarry. Guitars hammer where they used to twinkle; the music is crunchy and insistent; there are refinements (Hispanic brass and guitars flavour at least three of the songs), but mostly the band throbs like one of those electricity substations. And after the vaguely autobiographical bent of …Tormentors, this is a return to more traditional Morrissey lyrical content – low-speed love chases (“Black Cloud”) and gleeful put-downs (“You Were Good In Your Time”). But there’s something else as well. Maybe it’s the imminent arrival of that important birthday, but there does seem an even greater pre-occupation than usual with the passing of time, the transience of things and the certainty of death. “When Last I Spoke To Carol” and “One Day Goodbye Will Be Farewell” confront the Reaper head on, while “Mama Lay Softly On The Riverbed“ (“Life is nothing much to lose/It’s just so lonely here without you”) is so painfully poignant that the listener ends up hoping that it’s not a chapter from the singer’s real life.

Even the best Morrissey records have their moments where it all sounds a bit phoned in (here, even the most ardent admirer could live without “Black Cloud”, “Sorry Doesn’t Help” and “All You Need Is Me”), but when it all comes together, this is still one of the most thrilling landmarks in the musical landscape. “Something Is Squeezing My Skull”, “Mama…” and “That’s How People Grow Up” are all welcome new gems in the Moz treasure chest, but the shiniest jewel – and irrefutable evidence that he is still the master of a pop scene he often surveys with utter disdain – is “When Last I Spoke To Carol”. A gorgeously controlled vocal is augmented by flamenco guitars and festooned with a swirling mariachi horn battery, the latter clearly influenced by recent collaborator Ennio Morricone. It is truly wonderful, better even than the White Stripes’ equally trumpet-drenched “Conquest” and the best bits of the lovely Last Shadow Puppets record, with which it shares some widescreen, string-driven DNA.
As he heads into middle age, Morrissey (the man) seems as confrontational as ever, still mad for the spats, gaffes and feuds that have studded his life and career. Records as bright and occasionally beautiful as Years Of Refusal make us forgive Morrissey (the artist) even his most juvenile foibles.