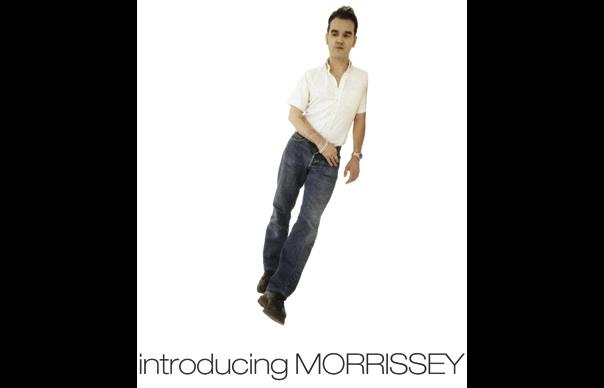 In 1995, when this concert film was recorded, Morrissey needed no introduction, but the title of this film is more than just a wry nod to the manners of old rock’n’roll. The tour featured material from Vauxhall and I and Your Arsenal, both of which now stand as highpoints in the singer’s career. Your Arsenal (with Mick Ronson producing) was a creative rebirth, mixing the rude electricity of glam with the guttural logic of rockabilly. Vauxhall and I (with Steve Lillywhite at the helm) was more conventional, but did underline a point which many had been reluctant to accept: Morrissey didn’t need The Smiths. He could do it on his own. Or at least, on his own, with Boz Boorer leading the band.

Nineteen years later, these two shows (7-8 February, from Sheffield City Hall and Blackpool Winter Gardens) seem like classic Morrissey. There is nothing tentative about them. He is, it’s true, an idiosyncratic frontman, a self-parodist locked in the cocoon of his own desires, but there’s stubborn beauty in his performance. After a handsome introductory video of an oik wandering through monochrome London and encountering Morrissey flyposting bills for the Angelic Upstarts, the band – (Boorer (guitar) Alain Whyte (guitar), Gary Day (bass) and Spencer Cobrin (drums) – launch into “Billy Budd”. Morrissey is dressed in a sports jacket, pinstriped white shirt, and baggy jeans. He waves a tambourine. He looks, as always, like a geography teacher on the rampage in 1963.

Director James O’Brien shoots the film in a rough and ready fashion, often from the eye-level of the crowd, which captures the energy of the performance, and neatly highlights one of the great contradictions of Morrissey during this period. As a writer, he was concerned with alienated youth, some of them right-wing. He was exploring alienation, and the allure of the crowd. The alienation part wasn’t new. Neither was the fascination with lads. But still, there is something particularly piquant about the way Morrissey documents edge the hard- of laddish behaviour in a manner that is simultaneously camp and knowing. He sings about kids lost to the far right in “National Front Disco”, and hooligans in “We’ll Let You Know” (“we will descend, on anyone unable to defend themselves”) and finds himself cheered to rafters with football chants, which seem to celebrate and ignore his playful homoeroticism.

There are a couple of lulls. The cover of “Moon River” is funereal, and “Jack The Ripper” is a bit stodgy. But the show closes powerfully with “Boxers”, “Now My Heart is Full” and “Speedway”. The film ends with a montage of stage invasions. Morrissey’s fans hug him like they want to squeeze the life out of him. He looks quite pleased with that.
ALASTAIR McKAY