Top 10 hits from the old groaner's indian summer of pop success, including The Smiths 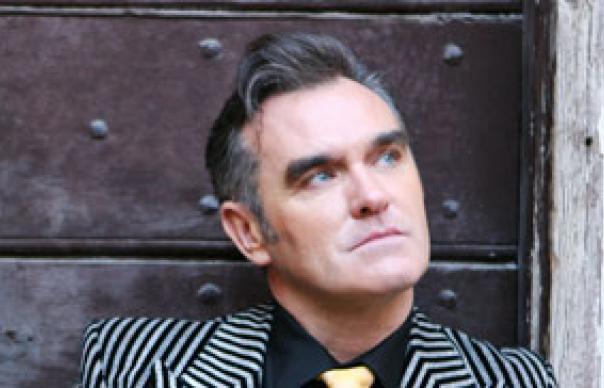 Critics are contractually obliged to nitpick the tracklisting of compilations like this, but even by Morrissey’s standards of perversity, Greatest Hits feels like a rum do. Supposedly presenting the finest moments of his solo career, it consists primarily of songs from his last two albums. There’s no room for “November Spawned A Monster”, “Piccadilly Palare” or “Boxers”, while a ropey live version of Patti Smith’s “Redondo Beach” does make the cut. And yet, strictly speaking, commercially, Greatest Hits does almost exactly what it says on the tin: collect all his Top 10 (and thereabouts) singles of the past two decades. Compiled on this basis, you realise, a Smiths greatest hits would barely stretch to an EP.

Maybe this is all a way of demonstrating to his new label (Decca: the home of Vera Lynn, Billy Fury, Tony Newley and, lest we forget, Slaughter and the Dogs) that, far from trading on former glories, as he approaches 50, Morrissey is more popular – and even more notorious – than ever. Never mind the fact that the British singles market is now less of a hit parade, more of a car boot sale. In contrast to Jagger, Lydon, Strummer, Weller and Ian Brown, Morrissey has somehow contrived a solo career technically more successful than that of his former band. How on earth has he managed it?

His act has never really relied on youth – in some ways, like Piaf or the torch-song Sinatra, his style seems more suited to, and more poignant in, middle age – and yet in its extreme romanticism and amused anguish it continues to speak to new generations of adolescents. And, of course, he was never likely to alienate his existing audience with the sudden desire to make a drum and bass record. By now his steadfast musical conservatism seems almost regal – in the proudly obstinate style of Helen Mirren’s Queen outlasting a succession of prime ministers.

Indeed he’s lasted long enough to see the style he practically invented become almost de rigueur 20 years on – popular with everyone from the NME nu-indie kids to David Cameron. So much of British music in the first decade of the 21st century seems caught in a profoundly conflicted relation with the 1980s: just as bands like Coldplay offer a kind of insipid apology for stadium rock, the kind of indie once confined to Peel sessions is the new pop. As a figure both of the 1980s and profoundly opposed to the decade, Morrissey seems to have been a prime beneficiary of this odd mood. When a single like “You Have Killed Me” reaches No 3, you can’t help but feel it’s a kind of hysterical cultural overcompensation for the fact that, once upon a time, “Bigmouth Strikes Again” only reached No 26.

It’s hard to know how else to explain this strange indian summer of popularity. It’s not that his singles have markedly improved or indeed even changed very much since the mid-’90s. Quite the opposite. Cannily the Morrissey-chosen tracklisting here doesn’t run chronologically. If it had done so, even the chart placings may not have disguised the feeling that there would have been more wit and panache to be found on the first three tracks than on any of the subsequent singles.

“Suedehead”, “Everyday is Like Sunday” and “Last Of The Famous International Playboys” were all co-written with Queen Is Dead producer Stephen Street, providing a natural continuity with The Smiths and suggesting that while Street may not have been Johnny Marr’s equal as a songwriter, he could nevertheless work as a superb arranger, in the style of John Franz with Scott Walker.

But something in Morrissey seems to have felt enervated by going solo, and longed to be back in a gang – albeit a gang where he was the boss, and his guitarist was unlikely to leave him alone and in the lurch. Hence Boz Boorer – introduced to Morrissey by Chas Smash of Madness – leading a series of sturdy if unremarkable bands through the 1990s. “The More You Ignore Me, The Closer I Get” is their sole representative here.
The more recent singles are not without their success. “Irish Blood, English Heart” was a storming return from seven years’ exile, fired by Alain Whyte’s finest riff, and a lyric cutting to the quick of the liminality at the heart of his art. The infectiously grim “First Of The Gang To Die” meanwhile, was Morrissey’s first real radio crossover hit since “What Difference Does it Make?”.

But even the recruitment of new guitarist Jesse Tobias and the extravagance of Tony Visconti’s production on Ringleader Of The Tormentors couldn’t disguise the sense of writerly exhaustion – something not dispelled by the obligatory and almost desultory new single, “That’s How People Grow Up”.

The endless tours of the last few years really just confirm that by now Morrissey is deep into his Vegas period. Once upon a time he was the Complete Pop Artist with a neurotically perfectionist focus on every detail. The bland title and ten-year old photo of this new collection feel like the final confirmation that his focus is no longer there. There’s an odd majesty still to Morrissey, in his new eminence – however much he resists acceptance with his enduring talent for controversy and allergy to platitude. But you’re more likely to find it in his performance of the old songs, in the devotion of his audience, in the ritual of the concerts, than on his records any more.