The last wilful testaments of a true original... 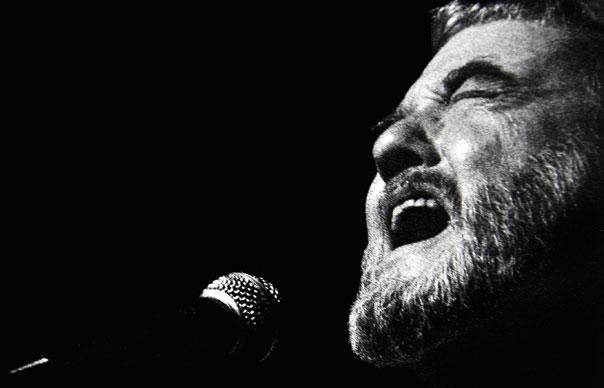 The last wilful testaments of a true original…

The words “maverick” and “outlaw” tend to be casually grafted on to the name of any country act that doesn’t fit an easily marketable Nashville template. The latter ultimately became a sub-genre in its own right, fuelled in no small part by the western mythologizing that peppers the catalogues of Willie Nelson, Merle Haggard and Waylon Jennings.

Mickey Newbury was certainly a maverick in the accepted difficult-to-pigeonhole sense, but despite being constantly championed by those more famous names above, he wasn’t strictly an outlaw. Even when Elvis Presley covers were boosting his bank balance, Newbury could be more accurately labelled an outsider.

Contemporaries who sold countless more concert tickets and records than Newbury considered him a poet. It was the word Johnny Cash used to describe him on prime time television in 1971, going on to declare him “one of the best writers in the country”. He brought a fresh and articulate literacy to country music, perhaps matched only by his close friend Kris Kristofferson; a keen, impressionistic eye which brought the grandeur of Jimmy Webb to saloon laments hitherto been lacking in philosophical ambition.

The indications were that he could have effortlessly jumped through Nashville hoops if he’d wanted to; “Funny Familiar Forgotten Feelings” (a big hit for Tom Jones in the UK), “She Even Woke Me Up To Say Goodbye” (a Jerry Lee Lewis live staple) and “I Don’t Think Much About Her No More” (20 different covers and counting) illustrate his innate understanding of the generic country form, but on his own records he relished pushing envelopes until they set fire to themselves in submission.

In the studio, he adopted the attitude of a dramatist, employing sound affects (rain, wind and thunder were favourites) to embellish his already evocative symphonies, while his lyrics could, on occasion, read like a ferocious game of Top Trumps between Hank Williams and Raymond Chandler. He probably knew it would never bring him untold riches, but he never seemed to care.

Last year’s multi-disc overview, An American Trilogy, was arguably the detailed introduction for latecomers Newbury had warranted for many years, putting a well-stacked delicious buffet of sound to a name that might previously only have registered as a footnote or in parentheses of writings about more celebrated figures. These three albums, comprising his last original recordings before his death in 2002, represent the closing chapters, wilfully individual swansongs which, while only intermittently recalling his creative high watermarks, nonetheless reiterate his go-it-alone spirit.

Lulled By The Moonlight [2000; 7/10] was his first full album of primarily original material for nigh on two decades, and it showcased a performer still unencumbered by the demands of commercial industry. He may have nodded to cookie cutter country tradition with knowing lyrical wit on “The Future’s Not What It Used To Be”, but elsewhere he was playfully intricate, often taking his lead from the 19th century parlour songbook of American icon Stephen Foster.

Released later the same year, Stories From The Silver Moon Cafe [8/10] combined songs left over from the previous album with re-recordings of older material, serenely revisiting the ‘60s hit “Why You Been Gone So Long?” and the jazz croon of “Ain’t No Blues Today”. Although a settled family man in his ‘60s, Mickey could still pinpoint the emotional pain of love gone wrong on “Lie To Me, Darling” and “Some Memories Are Better Left Alone”.

The posthumously released Blue To This Day [7/10] is as glorious wayward as anything in Newbury’s back catalogue, from the hymnal testifying of “Brother Peter” to the curtain-falling lullaby “Goodnight”, via the reassuring honky-tonk refuge of “All The Neon Lights Are Blue”. What we have here is three very good Mickey Newbury albums; collections of eloquent, beautifully crafted songs that bristle with the intellect and curiosity he brought to just about everything he did; not entirely oblivious to the whims of big bucks country commercialism, but betraying a wry smile while charting their own laconic path.
Terry Staunton